Today in military history: Japan surrenders in WW2 - We Are The Mighty 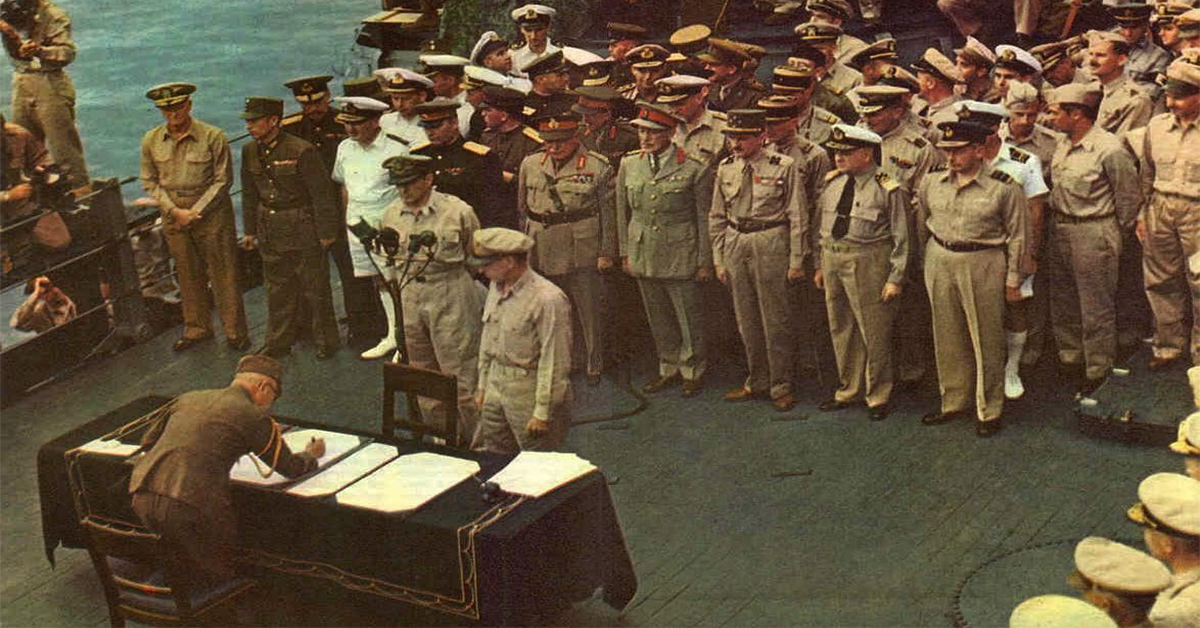 On Sep. 2, 1945, Japan formally proclaimed an unconditional surrender to the Allies, bringing the hostilities of World War Two to an end.

By the time America released atomic weapons on the cities of Hiroshima and Nagasaki, the Japanese military forces were all but devastated or out-maneuvered, leaving the people of the Japanese mainland vulnerable to further attacks — and Emperor Hirohito knew it.

But the terms of surrender would take another week to negotiate.

Finally, on Aug. 15, Hirohito went on national radio to announce the surrender of Japan and — the United States immediately accepted.

Watch footage of the historic surrender ceremony from the Smithsonian Channel:

On Sep. 2, in a twenty minute ceremony aboard the deck of the USS Missouri, representatives from Japan signed the official Instrument of Surrender, ending the most devastating war in human history.

As thousands of fighting men stood witness to this historic event, MacArthur accompanied Adms. Chester Nimitz and William Halsey while they greeted the Japanese delegation aboard the Navy vessel.

After the Japanese were led away, allied forces conducted one more flight maneuver to seal their victory — 1,500 planes roared across the sky over the bay to celebrate the end of World War II.