This WWII ammo box had some choice words for Hitler inside 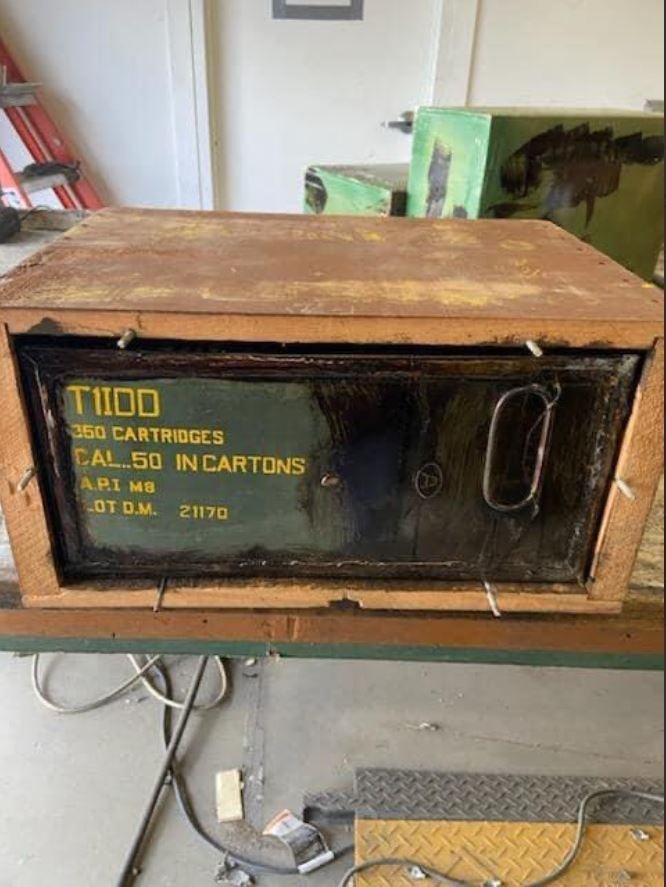 Graffiti is not a new concept in the military. From creative drawings on the inside of guard posts in Afghanistan, to the famous “Kilroy was here” of WWII, to stone carvings in the walls of Roman barracks in England, soldiers and folks supporting the military find ways to leave their personal mark. The Tooele Army Depot discovered one such mark on an old box of ammo from WWII.

Located in Tooele County, Utah, the depot first opened in 1942 to support WWII. Today, it is the DoD’s western region conventional ammunition hub. The depot stores, demilitarizes and distributes ammo to and from all four branches of the military.

On March 18, the Tooele Army Depot Twitter account shared a surprising discovery. The tweet included photos of a .50-cal ammo box from WWII. On the bottom of the box was a handwritten message that read, “May the contents of this box of blow the s*** out of Hitler.” The tweet itself said, “Sorry for the salty language, but when that message was scribbled inside a box of .50 cal rounds 77 years ago, we were a nation at war. The demil furnace crew found the message while destroying rounds from #WWII. We are eager to see what else they find. #greatestgeneration.”