Today in military history: Siege of Fort Morgan - We Are The Mighty 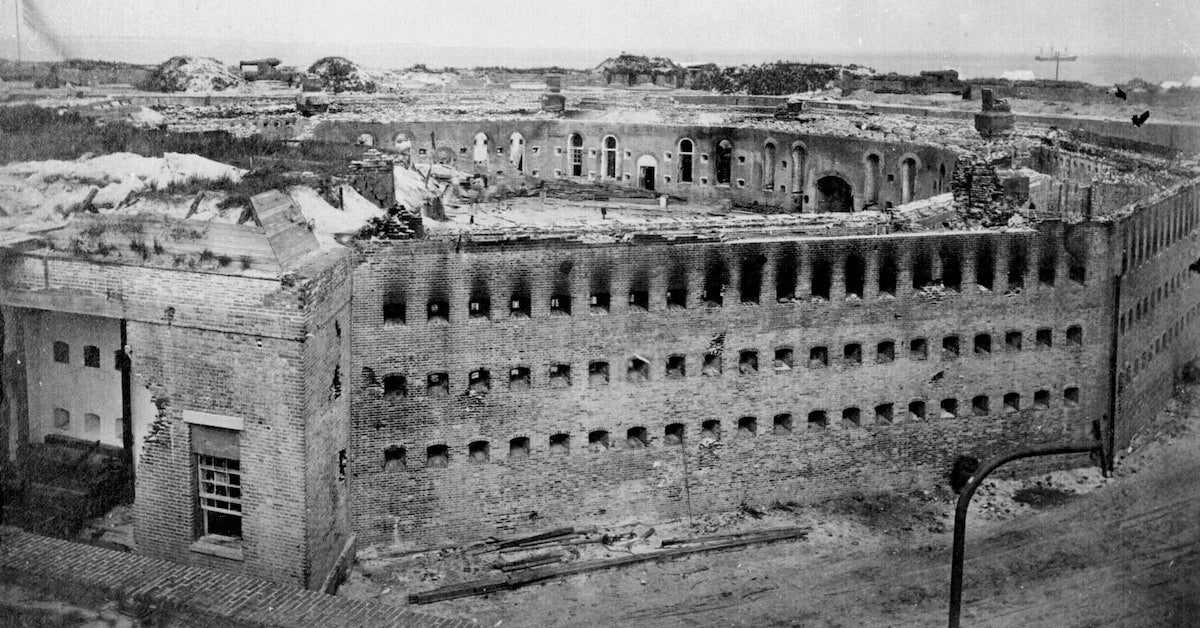 Fort Morgan, Mobile Point, Alabama, 1864, showing damage to the south side of the fort.

Mobile Bay, the Confederacy’s largest port on the Gulf of Mexico, fell into the control of the North two weeks before, with Fort Gaines surrendering shortly thereafter.

Indignant, Page then allegedly broke his sword over his knee rather than relinquish it to the Union.

Whatever ya gotta do to feel better, bruh.

The Civil War continued for another year and a half, killing more American troops than any other war. The number one cause of death for troops in the Civil War was disease, claiming more than two-thirds of those killed. The most prevalent were dysentery, typhoid fever, malaria, pneumonia and simple childhood troubles like measles and mumps. Flies, mosquitoes, ticks, lice, maggots and fleas were rampant and germ theory was not yet accepted in medical practice.

An estimated 625,000 people were killed in the Civil War, and that number only includes those who died fighting. There are an estimated 225,000 civilian casualties, which would set the total as high as 850,000.