America's sweetheart and WWII volunteer, Betty White, dies at 99 - We Are The Mighty 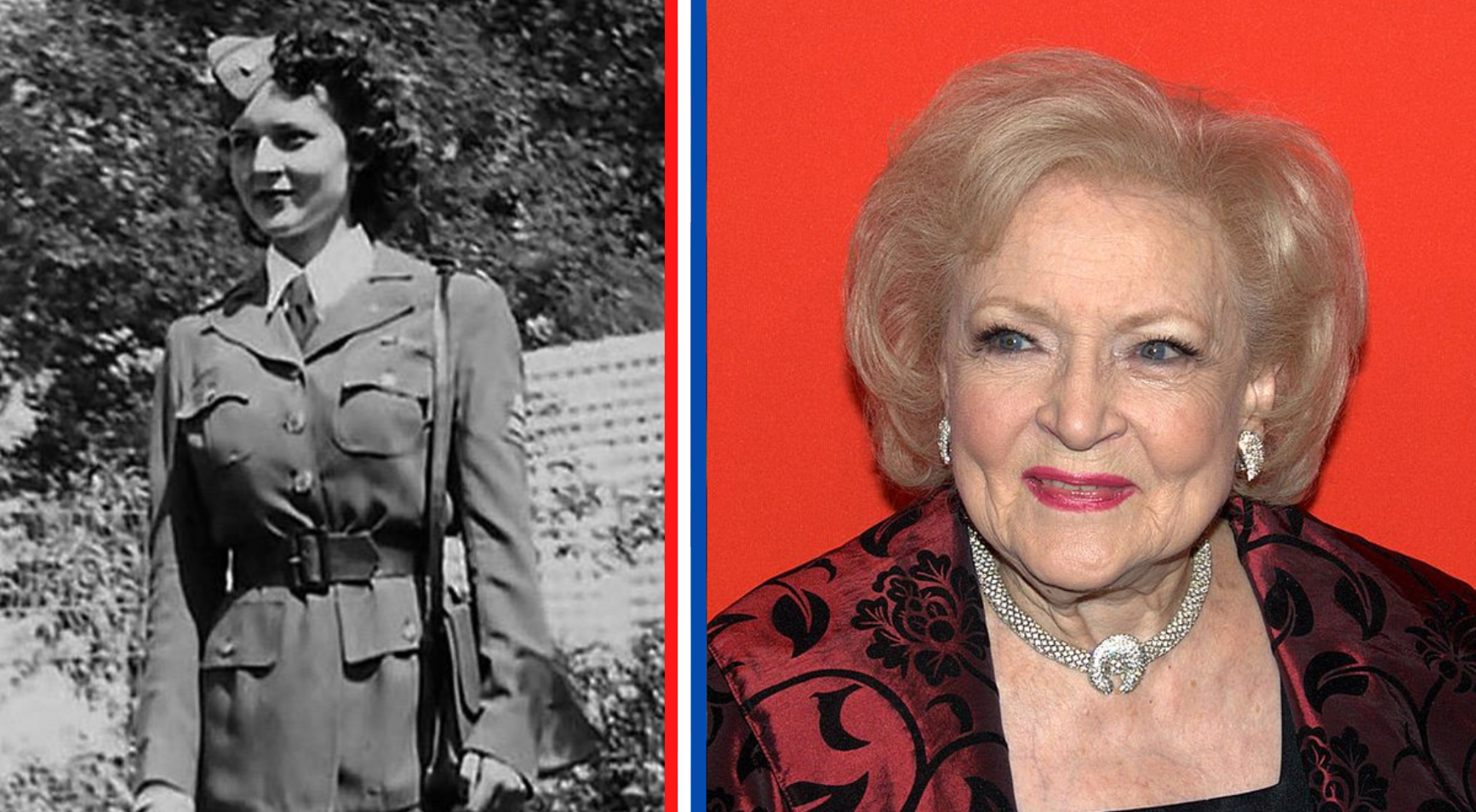 Betty White was a living legend.

Golden Girl and beloved actress Betty White passed away at her home Friday morning, just weeks before celebrating her 100th birthday. White was a national treasure of epic proportions for her kindness, wit, intelligence and unbelievable acting skills. It was her heart for service that really captured the hearts of us all.

It all started during World War II.

Many may not realize that White was turned away from studio after studio in the early days.

She was told she was not “photogenic” enough (bet those studios regret that now). Despite struggling to make ends meet and find work, she put her entire career and aspirations on hold when the war came. White became a volunteer for the American Women’s Volunteer Service. Her role required the responsibility of handling the transportation of military supplies through California. She also volunteered her time hosting events for the troops before their deployments to fight.

She married an Army Air Force pilot in 1945, though the marriage wouldn’t last. When the war was over, she continued to visit studios but kept getting rejections. She turned her eyes to radio work and eventually made a name for herself on a number of shows. Records show there was just about nothing she wouldn’t do and sometimes even worked for free. Her big break came when she was hired to co-host Hollywood on Television and eventually, it was all hers. She was nominated for her first Emmy in 1951.

It was her show “Life with Elizabeth” that skyrocketed her to the stardom she was destined for. From 1952-1955 she was one of the very few women with full creative control both in front of the camera and behind it. Here’s where it gets really fun and you just know White is destined to be your favorite. She started producing and acting in her own show titled, The Betty White Show. When she began featuring an African American actor regularly on the show, people began complaining. Local southern television stations threatened to boycott NBC if he wasn’t removed. White’s response? Sorry, live with it. Then she gave him even more airtime.

From the 1960s through the early 1980s, she worked. A lot. She also married the love of her life, Allen Ludden. But her big, huge and life-changing role was waiting for her in 1985, though she had her doubts about it. Rose in The Golden Girls. Sing it with me: Thank you for being a friend! From its debut until 1992, the show reigned as an American favorite and forever installed White into the hearts of the world. The nineties and early 2000s were filled with Emmys and fun. Then came the commercial.

In 2009 the Mars, Incorporated corporation decided to launch a global campaign for their Snickers bar. The slogan was, “You’re not you when you are hungry.” The first ad featured Betty White and aired during the Superbowl of 2010. The success was unlike anything we’ve ever seen! It wasn’t long before the demand that White host Saturday Night Live came along. And, she did. At 88 years old she was the oldest host the show had ever had. PS: she won an Emmy for that work, too.

White was a staunch advocate for equal rights and a champion of being a good human being. She was ahead of her time in many ways. In prior interviews, she was asked about gay rights. White was often seen on the arm of Liberace and revealed that she always knew he was gay. Her thoughts on the matter? “I don’t know how people can get so anti-something. Mind your own business, take care of your affairs and don’t worry about other people so much.”

White’s resume includes endless films and thousands of hours of humanitarian work. Her smile, recognizable voice and endless sass will be forever in our hearts.

Rest in peace, Betty. You will be sorely missed.