Today in military history: Soviets invade Czechoslovakia - We Are The Mighty 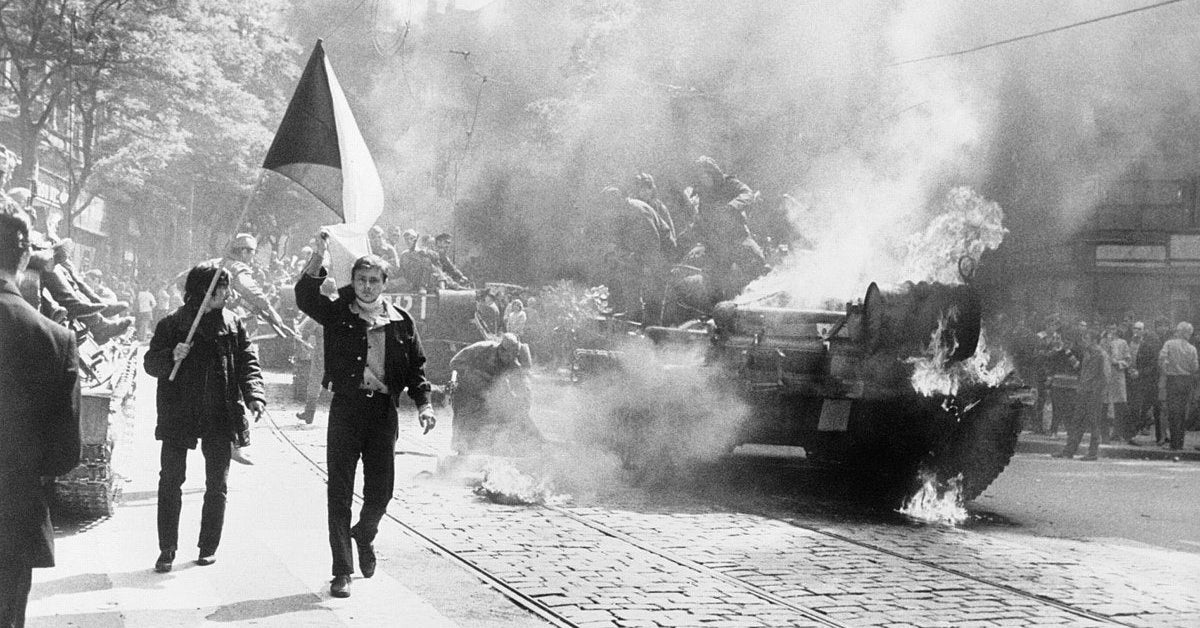 Czechoslovaks carry a national flag past a burning soviet tank in Prague. (CIA.gov).

Czechoslovakia was firmly democratic for decades before World War II, but German forces partially occupied it during World War II and, in 1948, it was conquered by the Soviets. The Communists had supporters in the working class and a stranglehold of government leadership, but students and academics kept fomenting the seeds of unrest.

Even when most of the Soviet-aligned countries went through soul searching in 1953 after the death of Stalin, Czechoslovakia basically just marched on. But in the 1960s, leadership changes and an economic slowdown led to a series of reforms that softened the worst repressions of the communist regime.

In 1964, Czechoslovakia began to trend towards liberalization, despite tight Soviet control over the government. Students, intellectuals and activists began vocalizing support for democracy, freedom of speech and religion and the abolition of censorship.

The response was joyous and Czech culture began to flourish. By April of 1968, the population began to enjoy what became known as “Prague Spring.”

The Soviet Union wasn’t having any of it. Alarmed by a potential collapse of Communism in the country, Czechoslovakia was invaded by Eastern Bloc members of the Warsaw Pact. Widespread protests and demonstrations were quelled by an overwhelming show of military force while much of Czechoslovakia’s educated elite fled.

Communist rule was reinstated by force and held until 1993, after the fall of the Soviet Union, when the country separated into the Czech Republic and Slovakia.