Today in military history: Superpowers meet in space - We Are The Mighty 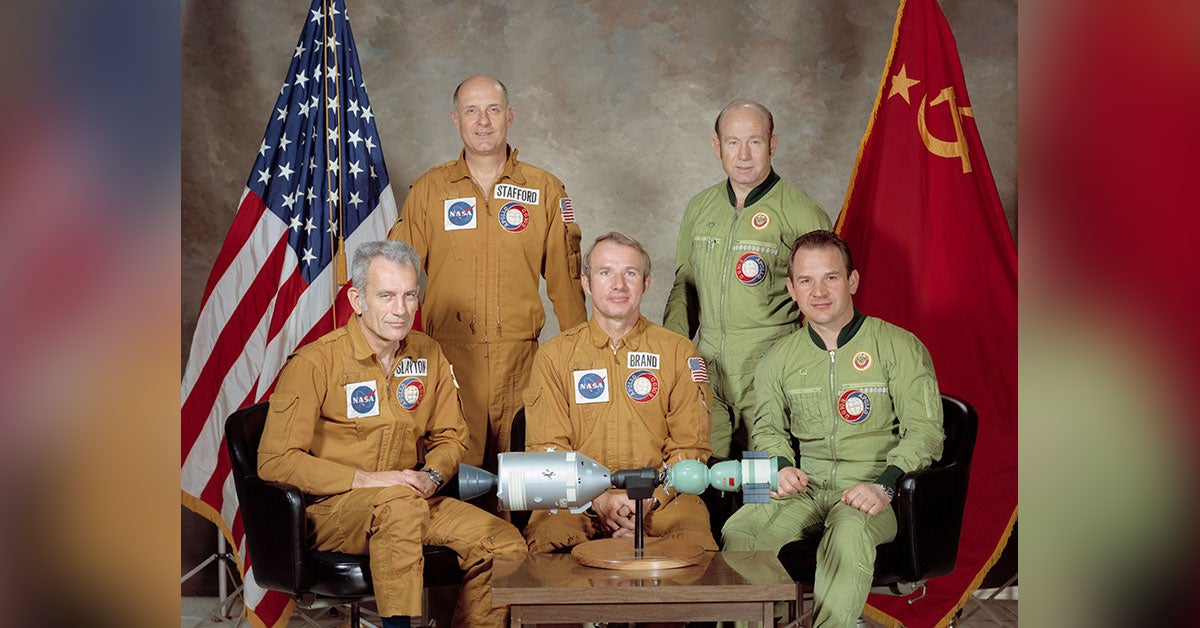 The Cold War was a time of tension for more than two decades by the time the superpowers met in space, but the space crews were determined to break through that friction.

When the hatches between the two vehicles were opened on July 17, the astronauts and cosmonauts warmly greeted each other as a global audience watched on television from the planet below. The astronauts and cosmonauts took congratulatory calls from Soviet Communist Party General Secretary Leonid Brezhnev and U.S. President Gerald Ford before exchanging gifts including U.S., Soviet and United Nations flags, commemorative plaques, medallions, certificates, and tree seeds.

The Apollo-Soyuz Mission was the final Apollo program mission; as the first handshake in space, the Apollo program ended with hopes of peace and international cooperation while it symbolically reflected the end of the Space Race that began with the Soviet launch of Sputnik in 1957.