Today in military history: US-Soviet hotline is agreed upon - We Are The Mighty

Today in military history: US-Soviet hotline is agreed upon 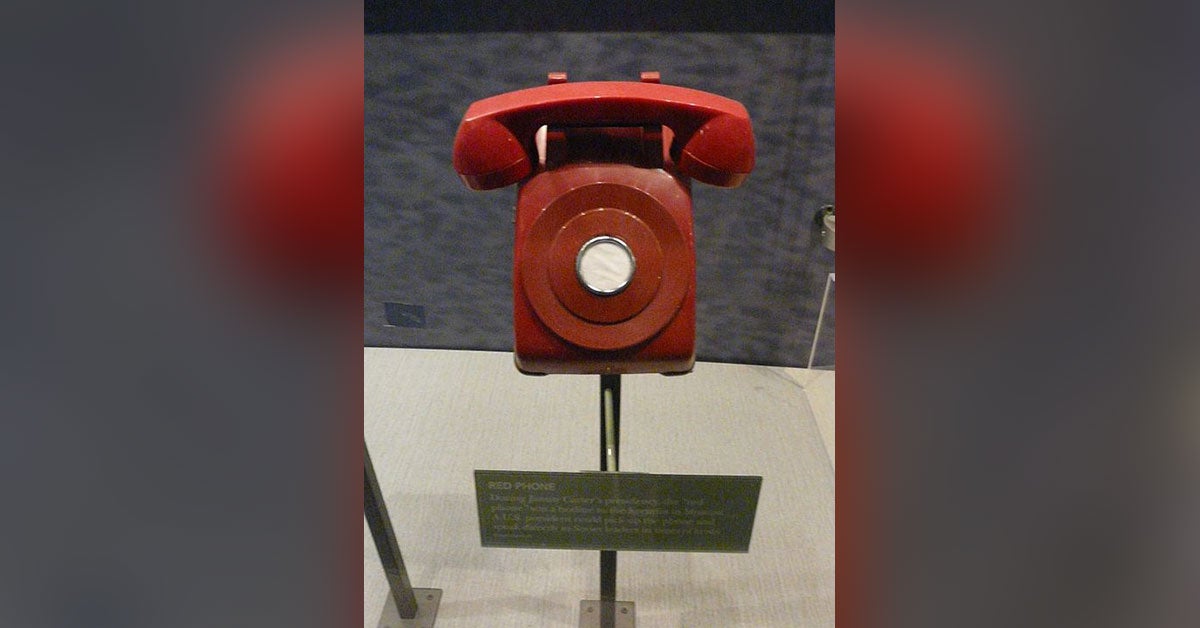 On June 20, 1963, America and the Soviet Union agreed to create a direct hot-line connecting the Soviet premier and the American president.

By 1963, both Americans and Russians feared the Cold War could go hot at any moment. The two nations backed opposite factions in the Vietnam War. The 1961 Checkpoint Charlie incident in Berlin almost turned into a tank battle for the city and the 1962 Cuban Missile Crisis nearly triggered a nuclear war.

So in 1963, the countries signed a memorandum of understanding that established a “hotline” for direct communication between the two powers, mitigating the risk of an accidental provocation. Despite pop culture depiction of the hotline as a telephone line, messages were sent via a text-only teletype machine — much faster than relying on telegramme letters that had to travel overseas. The system was upgraded to satellite communication in 1971, fax in 1983, and finally email via a dedicated computer network in 2008.

On August 30, 1963, President John F. Kennedy became the first American with a direct line (albeit, routed through the Pentagon for encryption and transmission) to the Kremlin in Moscow. It was an instant connection, 24 hours a day, seven days a week, though both parties agreed that it was to be used only in emergency situations.

Featured Image: A non-dial “Red Phone” on display in the Jimmy Carter Library and Museum. This telephone is actually a prop, erroneously representing the hotline between Washington and Moscow.