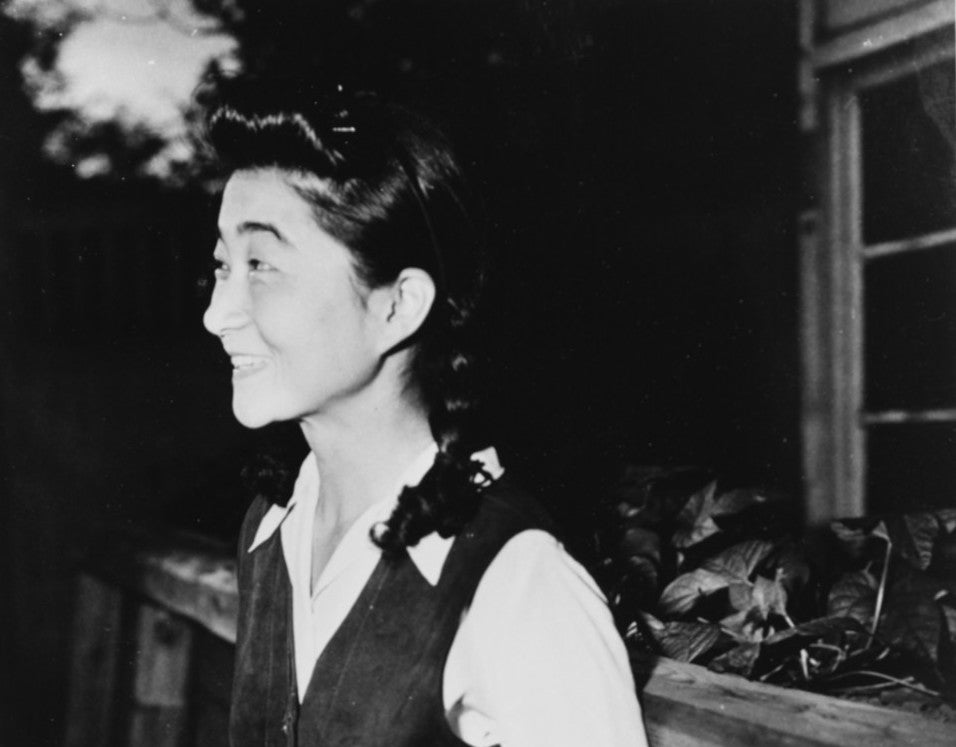 Iva Toguri had the bad luck of being sent to Japan to take care of her aunt in 1941. While she was there, the Japanese Empire launched a surprise attack on Pearl Harbor, starting the Pacific War with the United States.

The Los Angeles-born Toguri was stuck in a country at war with her home country at age 25. She refused to renounce her American citizenship and was closely watched as an enemy alien. She moved to Tokyo where she took a job as a typist at Radio Tokyo.

By the end of the war she would find herself wanted by the U.S. Army, the FBI and other counterintelligence agencies on charges of aiding the enemy – but that’s not how she saw what she was doing at all.

While working at the Radio Station, she met an Australian prisoner of war, Capt. Charles Cousens. After he was captured in the Japanese invasion of Singapore, his captors learned he had worked in radio before the war and he was put to the task of producing a morale-sapping propaganda show called “Zero Hour” with a handful or other POWs.

He and two other prisoners, U.S. Army Capt. Wallace Ince and Philippine Army Lt. Normando Ildefonso “Norman” Reyes were determined to make the show as lame and harmless as they could, effectively canceling out the enemy propaganda effort. After meeting Iva Toguri, he decided he would bring her in on the joke.

She outright refused to say anything anti-American on the show. Instead they openly mocked the idea of being a propaganda message. When she finally took up the mic in earnest, she lampooned the idea of the show, even explicitly saying things like “here’s the first blow at your morale.” Their Japanese captors didn’t understand the Western humor and double entendres they used.

Toguri even used her salary on the show to get supplies for prisoners held there. She would eventually marry Felipe D’Aquino, who also worked at the station.

Now named Iva D’Aquino, her personality on the show was a character called “Orphan Ann,” but American troops in the Pacific began referring to her (and other Japanese women on the radio) as “Tokyo Rose.”

“Zero Hour” only ran for little more than a year and a half, and her appearances became less frequent as the war turned south for the Japanese. When Japan surrendered, she found herself wanted by almost everyone who had ever heard one of the broadcasts.

When a magazine reporter offered a $2,000 reward for an interview with Tokyo Rose, she actually stepped forward to claim the reward. Instead she was apprehended and accused of treason for aiding the enemy in her broadcasts.

D’Aquino was originally held in jail for a year while the Army tried to gather evidence against her, but nothing she ever said on Radio Tokyo was anti-American. Neither the FBI nor the Army in Japan could find any evidence of treason. The officers she worked with on “Zero Hour” would not say anything against her. She was eventually released.

After trying to return to the United States, public opinion was turned against her by the American media and she was arrested yet again, sent to San Francisco, and put on trial once more, facing eight counts of treason for her work at Radio Tokyo. She was convicted on one count, mentioning the loss of ships on the radio, “on a day during October, 1944, the exact date being to the Grand Jurors unknown.”

There was no evidence of D’Aquino mentioning any ships, and Charles Cousens was present as a defense witness, but she was convicted anyway and sentenced to 10 years in prison. She served six years in a West Virginia reformatory, alongside Mildred Gillars, also known as “Axis Sally.”