Khalkhin Gol: The battle that caused Pearl Harbor - We Are The Mighty 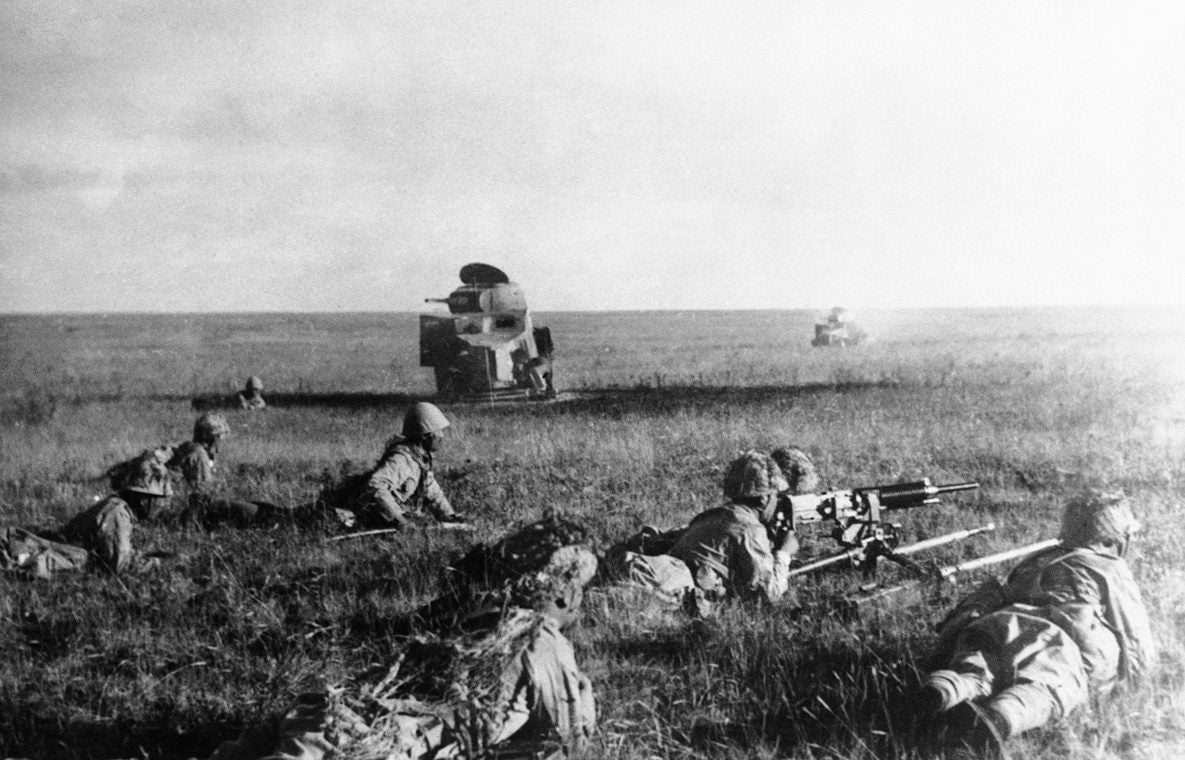 America was famously dragged into World War II by the Japanese attack on Pearl Harbor. It became the industrial powerhouse of the allies. It sent supplies to Great Britain, Free France, and the Soviet Union while equipping its own forces. But it might never have joined the war if Japan hadn’t suffered defeat in a battle most Americans have never heard of: Khalkhin Gol.

Here is what you need to know about Khalkhin Gol: The battle that caused Pearl Harbor

That led to the undeclared Soviet-Japanese War of 1932 to 1939. Japan’s land invasions were a war with China and, to a lesser extent, Mongolia. In the background, Soviet forces supplied, trained, and even partnered with the Chinese forces. Soviet planes and pilots made up the bulk of the Chinese air force. And they inflicted major losses.

But two big events thrust the conflict into the open. First, Japan finally successfully seized the disputed border region between Manchuria and Mongolia. Second, after the fighting at Khalkhin Gol began, the Soviet Union negotiated a nonaggression pact with Germany. The development allowed it to focus on the Japanese threat.

They fought from August to September in the largest tank battle up to that point in history. Georgy Zhukov led the Soviet forces with aggressive armored thrusts into Japanese positions. With his greater force of armor and aircraft, Zhukov cut through the Japanese manpower.

How the battle played out

The 1939 fighting started small. That May, Mongolian cavalry entered the disputed village of Nomonhan and Japanese-aligned cavalry ejected them. The Mongolians attempted to return. Japan responded with an infantry division and 70 tanks. The Soviets responded with 500 tanks and armored vehicles.

That was when Zhukov stopped forces entering the battle pell-mell. Instead, he set up a combined arms force of infantry, artillery, and armor. He successfully encircled the Japanese division and decimated it. Japan lost 17,00 troops in the clashes.

Diplomatically isolated by the German-Soviet nonaggression pact, Japan decided to quit the war in the north. It withdrew its forces from the disputed region and entered a truce with the Soviet Union. This is an important, if oft-forgotten potential tipping point of World War II.

Just two years later, the Soviet Union would be hard-pressed fighting Germany. Japan in 1941 could take the chance to humble its adversary. It could strike north to Siberia, seize Soviet resources, and break Soviet resolve as Nazi Germany advanced from the west. Instead, still smarting from the Battle of Khalkhin Gol and firmly invested in a switch to the Southern Strategy, Japan initiated a campaign across the Pacific, attacked Pearl Harbor to secure its flank, and dragged America into the war.

Japan could have broken the mightiest ally of 1941, the Soviet Union. Instead, it dragged an industrial powerhouse shielded by two oceans into the allied forces. Germany failed to conquer the Soviet Union. The Winter of 1941 to 1942 was tough for the Allies, but the Soviet Union and United States being on one side of the equation set them up to win the war of attrition.