Watch these A-10 Warthogs perform a rare demo flight together 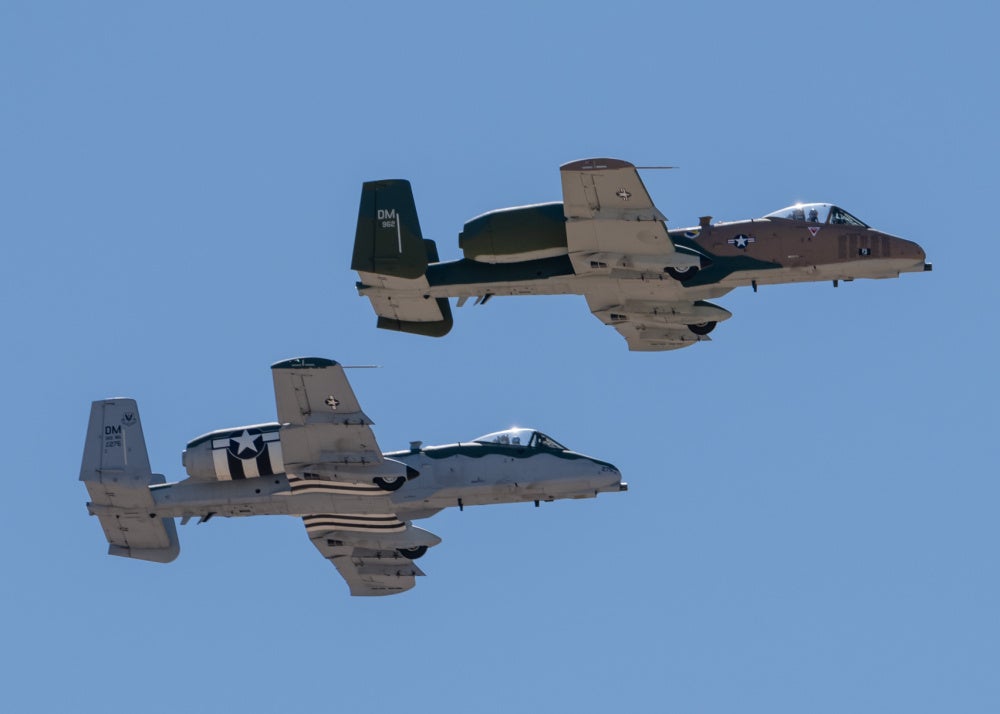 Military demonstration squadrons like the Air Force Thunderbirds and the Navy Blue Angels are famed for their precision flying and awe-inspiring demonstrations at air shows. Despite its popularity, many people may be surprised to learn that the A-10C Thunderbolt II is also flown by a demo team.

The Air Combat Command A-10C Thunderbolt II Demonstration Team is stationed out of Davis-Monthan Air Force Base in Arizona. Better known as the “Warthog,” the A-10 and its distinctive “BRRRRRT” sound have become something of an internet legend.

The A-10 demo team originally flew just one Warthog sporting a WWII European Theater paint scheme. It paid tribute to its ancestor, the P-47 Thunderbolt, which excelled in the close air support role. The aircraft joined the 355th Fighter Wing at Davis-Monthan in 2019.

The second demo Warthog actually moved to Davis-Monthan in 2013. However, it wasn’t assigned to the demo team until 2021. Sporting a Southeast Asian camo, the new A-10 pays tribute to the pilots of the 355th Tactical Fighter Wing who were killed in action or became prisoners of war in Vietnam.

At the 2021 Heritage Flight Training Conference, both demo Warthogs flew together in a rare dual formation. The conference is an annual event to certify new Air Combat Command single-ship demonstration team pilots. Additionally, it allows them to practice formation flying alongside historic military aircraft. The demo Warthogs flew with an A-1H Skyraider, another close air support legend that flew extensively during Korea and Vietnam.

The Air Force said that this is the only time that the two demo Warthogs will fly together. Demand for A-10 demonstrations at air shows will keep the WWII and Vietnam-themed siblings apart during the demonstration season.