Why a French pig stood trial and was executed 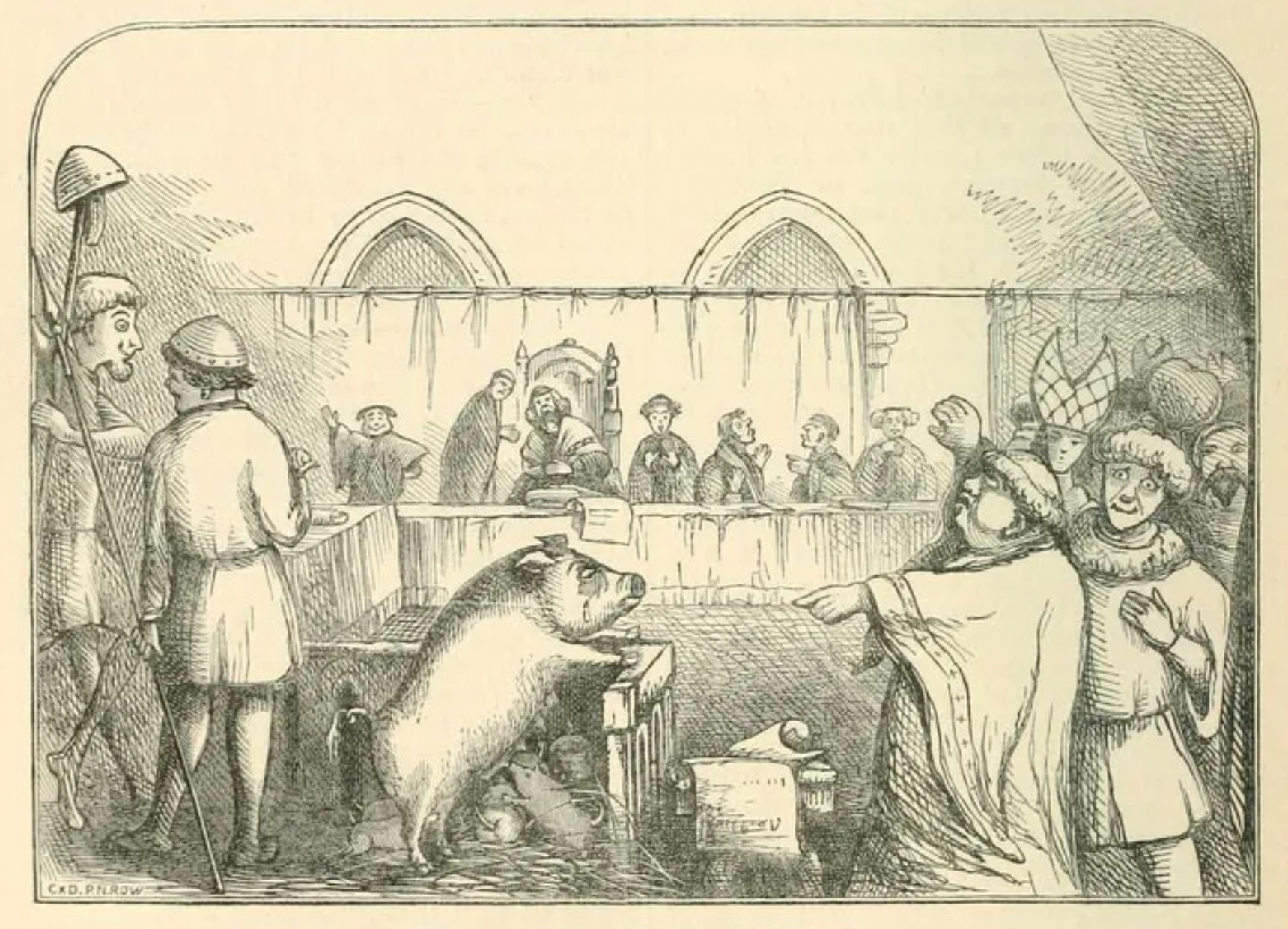 For today’s episode of strange military history, we bring you: a French pig standing trial.

The medieval ages were strange times not only for humans but also for animals. A hungry pig would often discover an unattended baby or small child and feed on it, which was pretty horrifying for parents. The first documented pig case was held in Fontenay-aux-Roses, somewhere outside Paris, in 1266. This became a common occurrence by the time the 15th century approached as it was done throughout France.  Moving forward, the practice extended to Burgundy, Lorraine, Picardy and Champagne before being transferred overseas to Italy, Germany and the Baltic States. Warriors were often tapped for apprehending rogue animals.

The court hearings typically followed a predictable trend. With the exception of rodents, eels, grasshoppers and termites, which were subject to the laws of the superior judiciary due to their ‘wildness,’ pigs, like horses, donkeys, pups and cattle, were subject to the local authorities. Following the filing of legal charges, their lawsuit would be brought before a bailiff or judge, which was often predated by a stay in jail. Attorneys would make claims, while proof was reviewed and witnesses called. The final result, on the other hand, was infrequently in hesitation. In most cases, the defendant would be found guilty and executed. The popular means of killing, as in the particular instance of the sow of Savigny, was hanging, but other prison sentences were not uncommon.

Undoubtedly, putting pigs on trials in the first place does not make sense. Roman law’s fundamental concept was that domesticated animals were not held accountable. This is because they lacked reason, were incompetent in harboring malicious acts, and thus could not be charged with a crime. As a result, any crime perpetrated by an animal was transferred to its owner or the individual delegated with its care. If a pig hurt or killed anyone because the swineherd could not handle it, for instance, the swineherd – not the creature– would be held legally responsible for negligence. Consequently, if it was determined that there was no way of deterring the crime from happening, the swineherd was required to make compensation or surrender the alleged animal.

Unfortunately, Roman law had no official legal bearing in the north of France. Even after the Capetian kings’ coordinated attempts to increase the use of royal mandates, the leadership of liberal justice remained primarily in the hands of local seigneurs and was ruled primarily by tradition instead of statutory law. Nonetheless, liberal jurists viewed the Corpus iuris civilis as a framework to be emulated. From the 13th century moving forward, they attempted to place an order on France’s somewhat disjointed judicial process by compiling handbooks of local common law. They were recognized as ‘custumals’ and were frequently arranged straight after the Corpus iuris civilis – and often even integrated some of its regulations, such as those pertaining to animal hearings.

One time in Savigny, a pig and her six piglets was apprehended for ‘murdering’ a boy who was barely 5 years old. Together with their owner Bailly, the pigs were hurriedly taken to jail and put on trial one month later. As per the court documents, multiple legal experts were in the court. Two were in charge of the court proceedings and one for the defense of the pigs. Furthermore, to many others whose names could not be found, nine witnesses were brought before the judge. According to their confession, the judge determined that, whereas Bailly should have watched his animals closely, the pigs bore sole responsibility for the child’s death. The sow was unmistakably the leader of the group. The judge, therefore, sentenced the sow to death, instructing that she was to be hanged on a tree, and the piglets were punished severely.