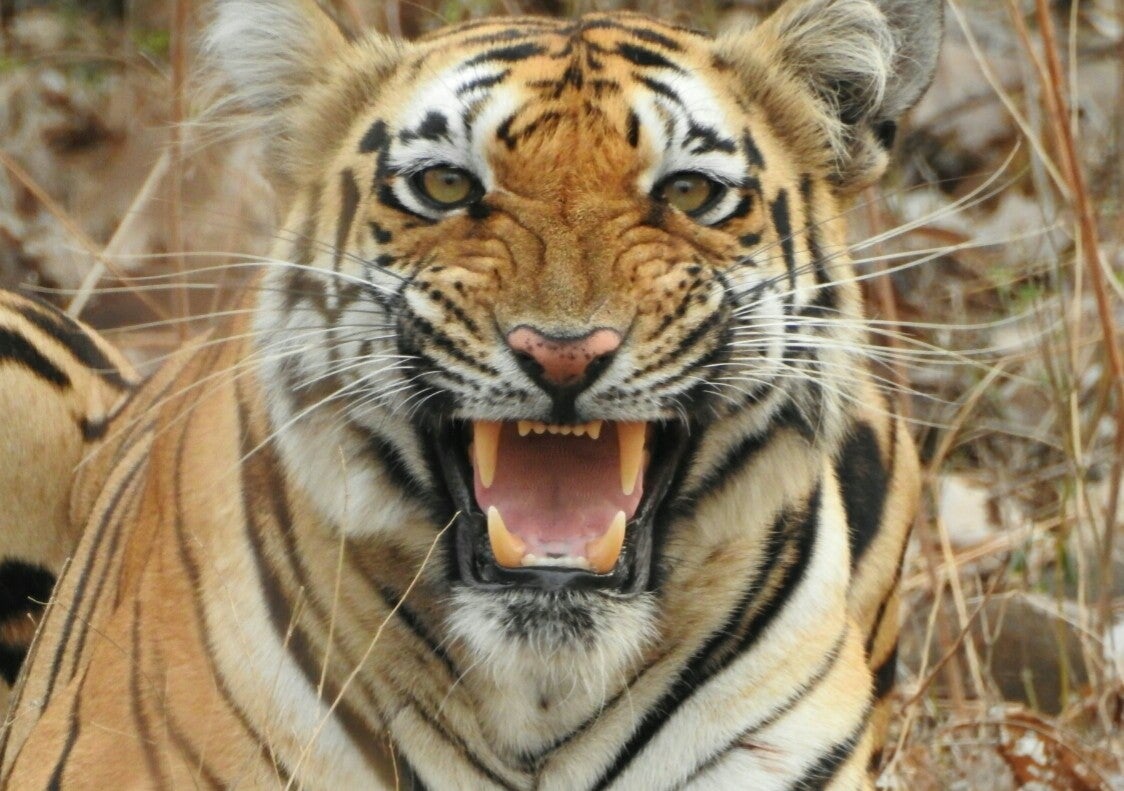 Marines and soldiers are trained to operate in any clime and place. Whenever troops are deployed to a combat zone, or anywhere for that matter, they’re briefed on the local fauna. The most important takeaway of the safety brief is to not mess with the wildlife. While some service members have a penchant for playing with dangerous animals, in combat, nature flips the script. One species in the animal kingdom gives the Marine Corps a run for its money when it comes to amphibious operations.

It sounds fantastical to the uninitiated but tiger attacks on U.S. and North Vietnamese Army troops were common enough to pose an actual threat to operations in the jungle. In 1968, 3rd Marine Recon Battalion set up an LP/OP, also known as a listening and observation post, near Quang Tri, Vietnam. By nature, tigers are nocturnal ambush predators, but no one could predict what would happen next. A sleeping Marine was attacked in the dead of night.

When the rest of the Marines awoke to the screams of their brother being dragged off into the jungle by the neck, they reacted. Fortunately, they were able to kill the tiger and rescue him. Unfortunately, that same tiger killed a Marine a month earlier 10 miles away. There are other accounts of troops being attacked by tigers in Vietnam. Not only was the battlefield dangerous because of “Charlie” and booby traps, but nature also had her own units on patrol.

Japanese submarines were not the only thing lurking underneath the waters of the Pacific. The worst shark attack in history befell the crew of the USS Indianapolis after completing a top secret mission. After delivering components of the nuclear bombs that would end the war, the ship was ambushed by Japanese submarine I-58. Of the six torpedoes, two hit their mark and sank the USS Indianapolis within 12 minutes.

The animals were drawn by the sound of the explosions, the sinking of the ship and the thrashing and blood in the water. Though many species of shark live in the open water, none is considered as aggressive as the oceanic whitetip. Reports from the Indianapolis survivors indicate that the sharks tended to attack live victims close to the surface, leading historians to believe that most of the shark-related causalities came from oceanic whitetips.

Of the 900 survivors of the sinking, only 316 were rescued. There were three other ships that could have responded to the USS Indianapolis’ distress call but they ignored it. Of the 900 initial survivors, it is estimated that up to 150 died from shark attacks.

The mosquito (Every clime and place, every conflict ever)

Mosquitos are everywhere. Odds are there is probably one near you right now. The mosquito is responsible for over 700 million cases of malaria, dengue, West Nile Virus, chikungunya, yellow fever and Zika. This tiny vampire doesn’t get much love from scientists either. There are countless testimonials from experts such as Professor Hilary Ranson, head of vector biology at the Liverpool School of Tropical Medicine, who would “have no problem taking out the mosquito.” When it comes to the subject of mosquitoes, not all experts fully support their eradication and many play devil’s advocate for them.

Other scientists argue that of the 3,000+ different mosquito species around the world only an estimated 200 species target humans. They also argue that they are an important biomass in food chains and help pollinate plants. Yet, mosquitoes are not so important that they cannot be replaced if removed from the food web entirely.

As you noticed, there are no keystone species in mosquitoes. No ecosystem depends on any mosquito to the point that it would collapse if they were to disappear. An exception may be the Arctic, but the species there are non-vectors and thus can be left alone.

So, causing the extinction of a whole species over a few bad actors is overkill, apparently. If we were able to ask the one million people killed by mosquito-borne illnesses each year, they may just say to nuke the planet. With a kill ratio like that, the mosquito is the deadliest thing a troop can encounter in combat.