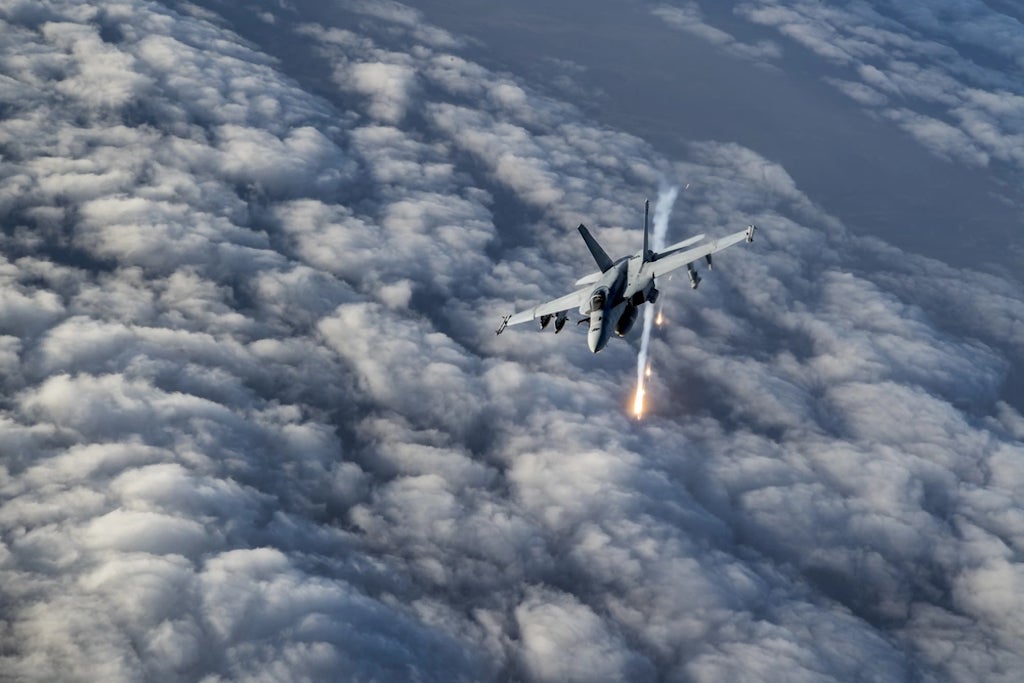 A flare, commonly known as a fusee, or decoy flare, is an aerial infrared air defense object incorporated by military aircrafts to combat a heat-seeking air-to-air missile or surface-to-air missile. Flares are usually made up of a pyrotechnic composition founded on magnesium or alternative hot-burning metal with a burning temperature hotter than engine exhaust. The objective of flares is to prompt the heat radiation-guide missile to find the heat signature from the flare instead of the airship’s machines.

Flares are also used in the military for illumination and signaling. Ideally, flares may be projectile pyrotechnics, ground pyrotechnics or parachute-suspended to offer supreme illumination time over a vast zone.

However, for military applications, a large variety of flares are used in military aircraft as a defense measure against heat-seeking missiles. Such flares usually are released individually or in rounds by the pilot or routinely by tail-warming strategies and are complemented by dynamic, elusive maneuvering. Flares are considered the first line of defense for military aircraft since they are envisioned to mislead infrared missiles by burning at extreme temperatures while luminescing in the visible spectrum.

IR-guided missiles are challenging for aircraft to detect since they do not release visible radar. They are usually fired from behind, straight toward the engines, compared to radar-guided missiles. In most circumstances, pilots have to depend on their wingmen to detect the missile’s smoke trail and be aware of a launch of IR-guided missiles.

Since IR-guided missiles have a smaller range than radar-guided missiles, excellent circumstantial recognition of altitude and the possible threat remain an operative defense. More progressive electro-optical programs can sense missile kickoffs impulsively from the diverse thermic releases of a missile’s rocket engine. Immediately the existence of a live IR missile is shown, flares are discharged by the military aircraft as a decoy.

Some systems are automated, while some need manual flares’ discarding. The military aircraft would then withdraw at a sharp angle from the flare and decrease engine power to cool its thermal signature. Notably, the temperature of the missile seeker head is disordered by the temperature change and burst of new heat signatures and begin to follow one of the flares instead of the military aircraft.

As non-state combatants like terrorists obtain access to the anti-air missile, there is a surging demand to arm slower-moving military aircraft with air-defense measures. Flares have grown to be a regular feature on military aircraft.

Flares protect aircraft by compelling infrared threats like heat-seeking air-to-air or surface-to-air missiles to lock onto their heat signatures instead of the engine of the military aircraft. Every military aircraft is equipped with numerous types of flares reliant on location, mission, and requirements, and they undergo multiple phases before meeting their blazing end. Military aircraft have onboard computers uploaded with detailed mission data informing it of the threats the aircraft is likely to face depending on the mission’s location. If the military aircraft is under fire, the computer records the danger and the military aircraft will automatically give out suitable flares with the best chance of overcoming that threat based on aspects like the adversary’s speed and trajectory.