Why Russia’s Typhoon-Class submarines are so massive 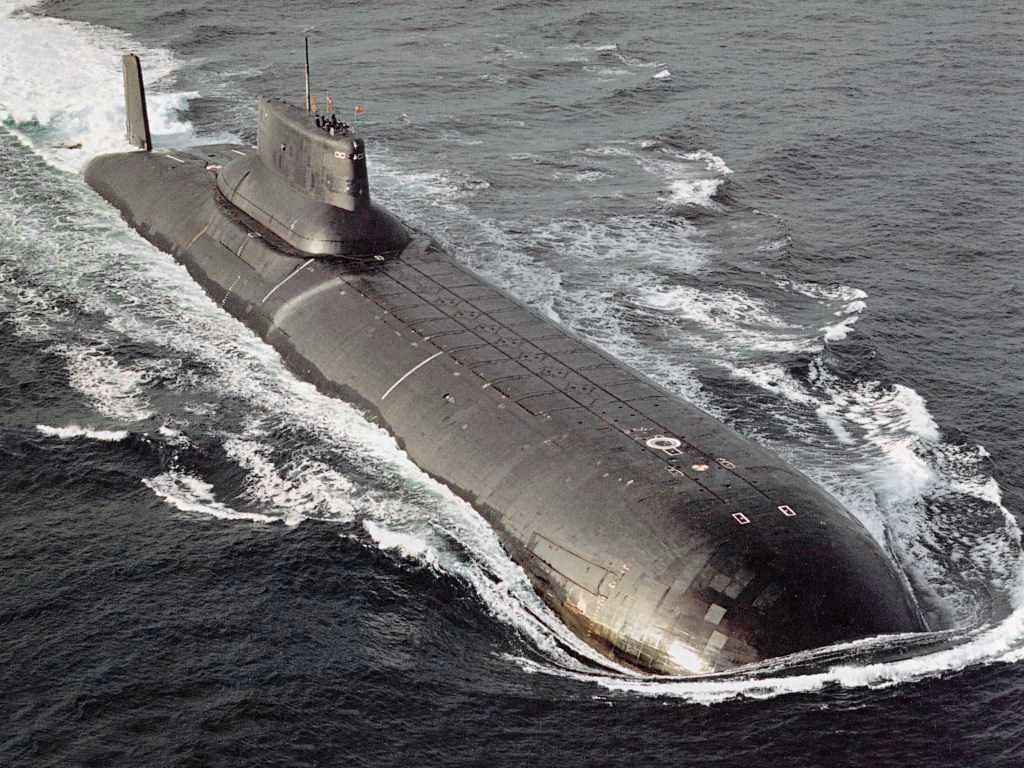 In 1981, both the United States and the Soviet Union commissioned a new class of submarine. Both were nuclear powered and nuclear armed. The United States launched the USS Ohio, then the largest submarine ever built for the U.S. Navy, carrying 24 Trident submarine-launched ballistic missiles, more than a hundred Tomahawk missiles and a healthy supply of Harpoon missiles and torpedoes.

The Soviet Union’s newest sub, however, was the largest class of submarines ever built. It carries a crew of 160, 20 submarine-launched ballistic missiles, a full complement of torpedoes for six tubes, and probably much more.

One of the reasons the submarine was so large was to carry its nuclear strike package. Each SLBM was capable of carrying ten nuclear warheads, but with a smaller nuclear payload. The Russians were at a disadvantage in terms of firepower per warhead, so they made up for it in the sheer number of warheads, which required a larger submarine.

The Soviet Union also wanted to ensure the Typhoon submarine was able to stay submerged for longer periods of time. With fewer submarines overall, each was required to undertake longer and multiple missions with each deployment. With a crew of 160, this meant the submarine needed a number of creature comforts for the crew. It meant a little more space per person, more food stores and the Typhoon even had a pool.

Another reason for the submarine’s massive size was its need for buoyancy. Typhoons were able to surface at a moment’s notice, even while under ice, and more than half its hull was outside of the water when it was on the surface, meaning it was able to use shallow water ports.

Finally, it needed to be strong. Submarines take a beating when surfacing through ice, and the ability to surface quickly meant it couldn’t take the time to search for weak points in surface ice. Its construction for this purpose also meant it could dive deeper than American submarines, at least twice the depth of American Ohio- and Sturgeon-class submarines.

To accomplish this set of strength, speed, and dive capabilities, the boat was built using multiple pressure hulls, which accounts for much of its girth. Its main body features two pressure hulls laying parallel, with a third pressure hull situated above them. Two more pressure hulls house its steering and torpedo machinery. Each SLBM also had its own hull outside of the crews’ hulls, for a total of around 26 hulls in all.

This increased undersea safety and survivability. Even if one of the hulls is breached, they can be sealed off for the safety of the crew and keep the entire boat from imploding or taking on water. Safety is not traditionally the watchword for Soviet-built military equipment, so the crew must have felt pretty good about this fact.

With its massive size, complex construction, and equipment for long missions, one might think that the submarine would be sacrificing undersea maneuverability, but they’d be wrong. Its steering capabilities included steerable bow thrusters and a thrust vectoring dive plane to be able to evade incoming torpedoes.

The biggest problem with Typhoon class submarines is the same problem that had always plagued the USSR’s submarines: they were so much louder than American-built submarines. Being able to track submarines via sonar undercuts the purpose of submarines in the first place. For the Typhoon, another consideration was its construction costs: the class was discontinued because its refit costs were twice as much as building a more traditional submarine.