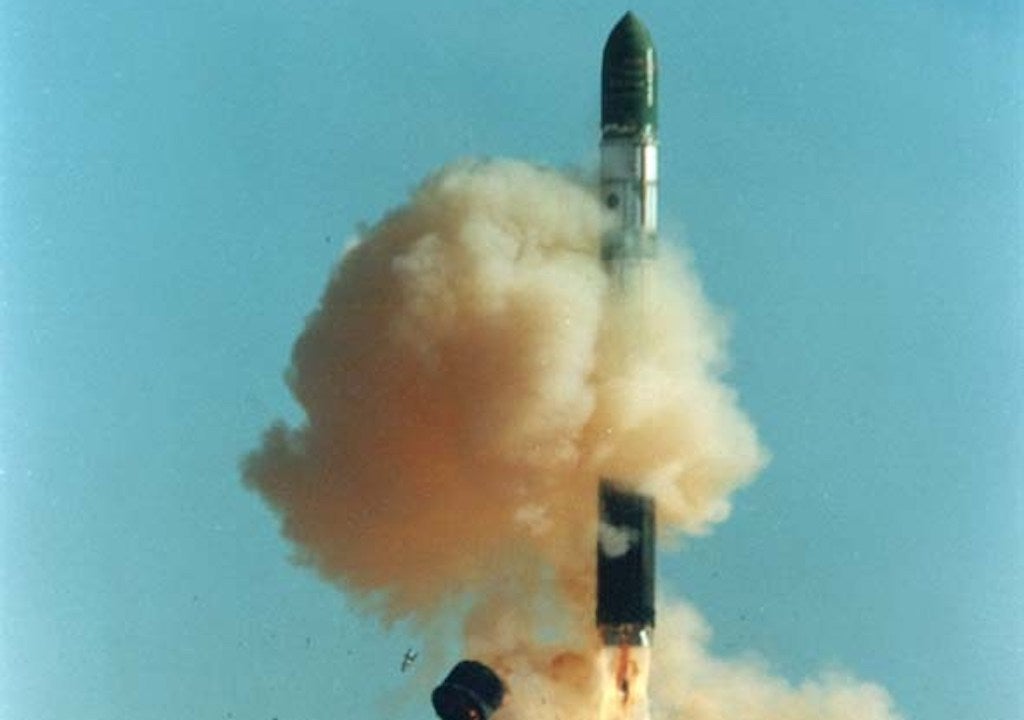 During the Cold War, everyone on the planet was convinced a war between NATO and the Soviet Union would end in a nuclear holocaust, an exchange of intercontinental ballistic missiles between the U.S. and USSR that would effectively end civilization. It sounds crazy, but both sides were ready to destroy the world to ensure the other didn’t survive.

For a brief moment in 1979, however, the Soviet Union had a change of heart. It decided that a war with the West might not warrant the destruction of humanity, so it came up with a new plan. This plan would ensure the defeat of NATO without resorting to total nuclear annihilation. It was called “Seven Days to the River Rhine” and was only declassified by Poland (now a NATO country) in 2005.

The Russians conceived the plan with the assumption that NATO would start the war. Soviet war planners also believed that Poland would be completely destroyed by a nuclear assault, with NATO using 25 strategic nuclear strikes that would render Poland completely polluted and uninhabitable.

Nuking Poland would effectively cut East Germany, Hungary and Czechoslovakia off from the rest of the Eastern Bloc, especially Russia and the rest of the Soviet Union. With this attack the Warsaw Pact countries would automatically be at war. The Soviet response would mean a nuclear assault on West Germany, Belgium, the Netherlands, Denmark and much of northern Italy.

NATO headquarters in Brussels would be destroyed, but the United States, United Kingdom and France would be spared. Since these three countries decided when to authorize nuclear attacks separately from each other and from NATO, the Russians believed they would be thrown into complete disarray, deciding if they should nuke the Soviet Union and be nuked in retaliation, or fight a conventional war.

As the remaining allies considered their options, a massive joint Soviet-Czech tank force would begin its assault on Western Europe. Austria, though neutral, would be invaded by neighboring Hungary. The Soviet Air Forces, meanwhile, would begin neutralizing allied airfields and capturing key bridge crossings.

Around the world, Soviet and Warsaw Pact submarine forces would begin attacking and sinking American and other Western aircraft carriers and support ships in carrier strike groups. Ballistic missile submarines in the Arctic would be on standby to launch their nuclear payloads against the United States in case of a world-ending ICBM strike from North America.

The Soviet Union believed that if all their assumptions were correct and the remaining NATO allies stuck with a conventional response, Soviet and Eastern Bloc allied forces could reach the French border within seven days. The main communist thrust could completely annihilate any remaining NATO forces along the way, forcing the alliance to come to the bargaining table without a total nuclear exchange.

This was a huge assumption for the Soviet Union, which took into account political disputes between the allies. Though the NATO charter requires all member nations to view an attack against one as an attack against them all, the USSR hedged that they would rather avoid a full nuclear war and allow the Soviet advance.

Many in the Warsaw Pact (especially Poland, who suffered greatly under this plan) believed it was optimistic, naive, and was certain it would not work. Yet, this was the general World War III plan the Soviet Union prepared for until just before the fall of the Iron Curtain.