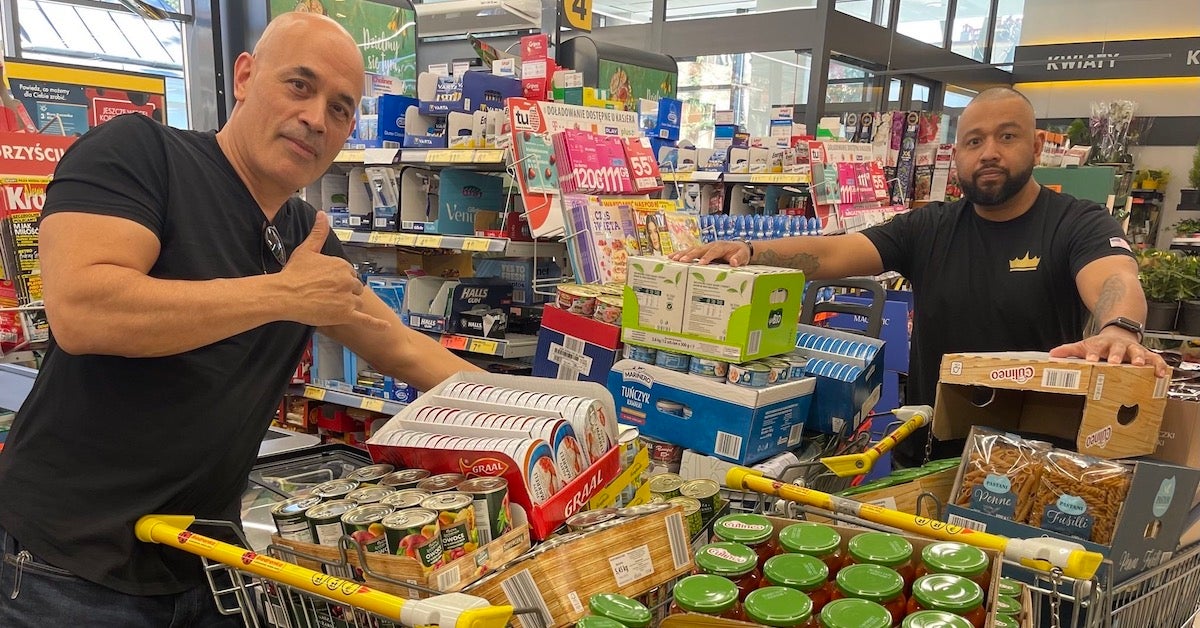 Two Army veterans who served in Iraq together, Christopher Loverro and Juan Rodriguez, are now conducting humanitarian operations inside Ukraine as civilians. They are bringing food, medicine, medical supplies and other items in and bringing people out who want safe passage to Poland.

The notion of “service after service” isn’t uncommon among veterans. According to a 2021 survey, veterans are more likely than non-military civilians to volunteer in their communities, interact with neighbors and even vote.

In the past year we’ve seen that the call to action and duty extends beyond community non-profits — it even includes a return to warzones. In the wake of the 2021 U.S. withdrawal from Afghanistan, veterans took it upon themselves to organize evacuation assistance and refugee support.

Now, we’re seeing the same action in Ukraine in the wake of Russia’s February 2022 invasion of the free country.

Loverro and Rodriguez have flown to Ukraine by way of Poland simply because they saw an opportunity to help and they took it.

On their first day, they worked with a team of international volunteers who brought four vans of food to a town in Ukraine that had run out. When they started unloading the supplies, they saw the emotional impact of the donations on the faces of the people they were helping.

The vets also brought food and medicine to a housing unit of women and children in Warsaw where 75% of the children were sick or anemic. When they return to Poland to resupply, they bring refugees with them to help provide safe passage out of Ukraine.

“The Russians are committing the most horrific acts imaginable,” Loverro confided to We Are The Mighty. “It’s more terrifying than when we were being shot at in Iraq.”

Loverro and Rodriguez are personally funding their efforts, including the cost of transportation, housing, and the purchase of supplies donated. Knowing the men and their history of service, they’ll continue until their credit cards are maxed out.

If you want to support their efforts, you can send personal donations (rather than going through GoFundMe, which requires time and paperwork to get the funds through) directly to Loverro — a direct personal contact and friend of We Are The Mighty — via PayPal: CAPOC15@yahoo.com.