The story behind the famous 9/11 light memorial 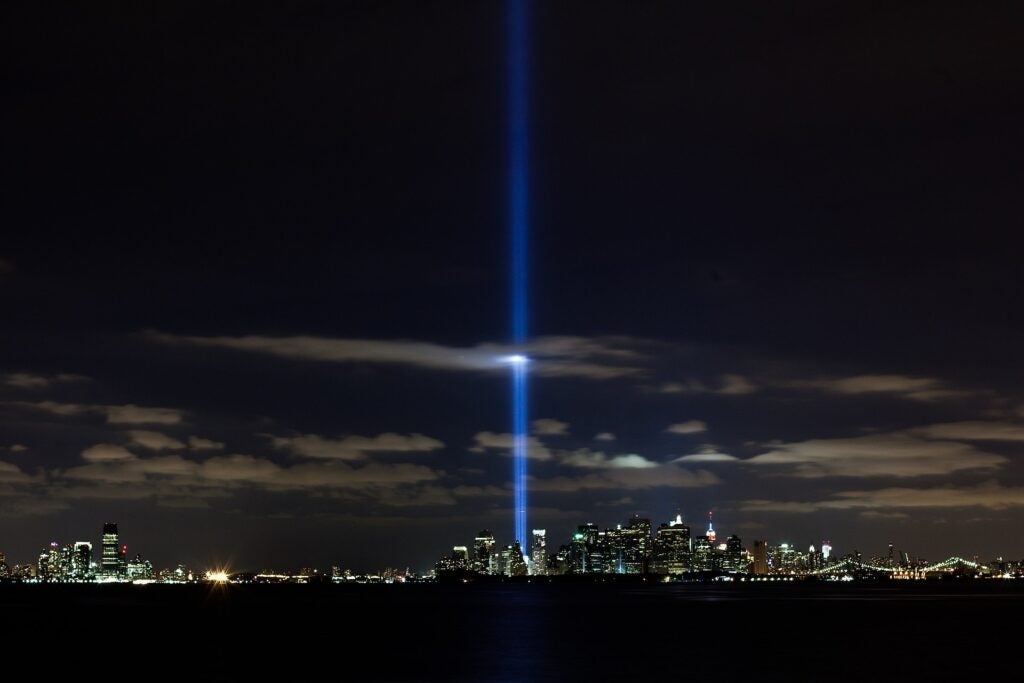 Following the terrorist attacks on September 11, 2001, America sought ways to memorialize the victims who lost their lives that day. Perhaps one of the most iconic is the projection of two vertical lights in New York City representing the Twin Towers. Most people are familiar with this light memorial, but fewer know it by its real name: Tribute in Light.

After 9/11, several artists conceived the idea of a light memorial. Their efforts were merged under the Municipal Art Society of New York and the nonprofit arts organization Creative Time. The display was conceived by artists John Bennett, Gustavo Bonevardi, Richard Nash Gould, Julian LaVerdiere and Paul Myoda, as well as lighting consultant Paul Marantz. Tribute in Light consists of 88 xenon vertical searchlights. Arranged in two columns, the powerful twin beams reach four miles into the sky and can be seen as far as 60 miles away on a clear night.

Although Tribute in Light began in March 2002 as a temporary display, it became an annual event to commemorate the anniversary of 9/11. Originally operated by the Municipal Art Society, the display was later transitioned to the National September 11 Memorial & Museum. The memorial foundation now leases the roof of the Battery Parking Garage, south of the 9/11 memorial, where the lights are assembled and projected each year. Since 2008, the generators that power the lights have reportedly been fueled by biodiesel made from used cooking oil collected from local restaurants.

The art installation was originally titled Towers of Light. However, victims’ families found that this name focused more on the buildings rather than the people lost. A sibling Tribute in Light is also displayed annually at the Pentagon in Virginia. This commemorative beam of light is similarly powerful and can easily be seen from the National Mall.