My 9/11 story: I watched from the sidelines as the world changed forever - We Are The Mighty

My 9/11 story: I watched from the sidelines as the world changed forever 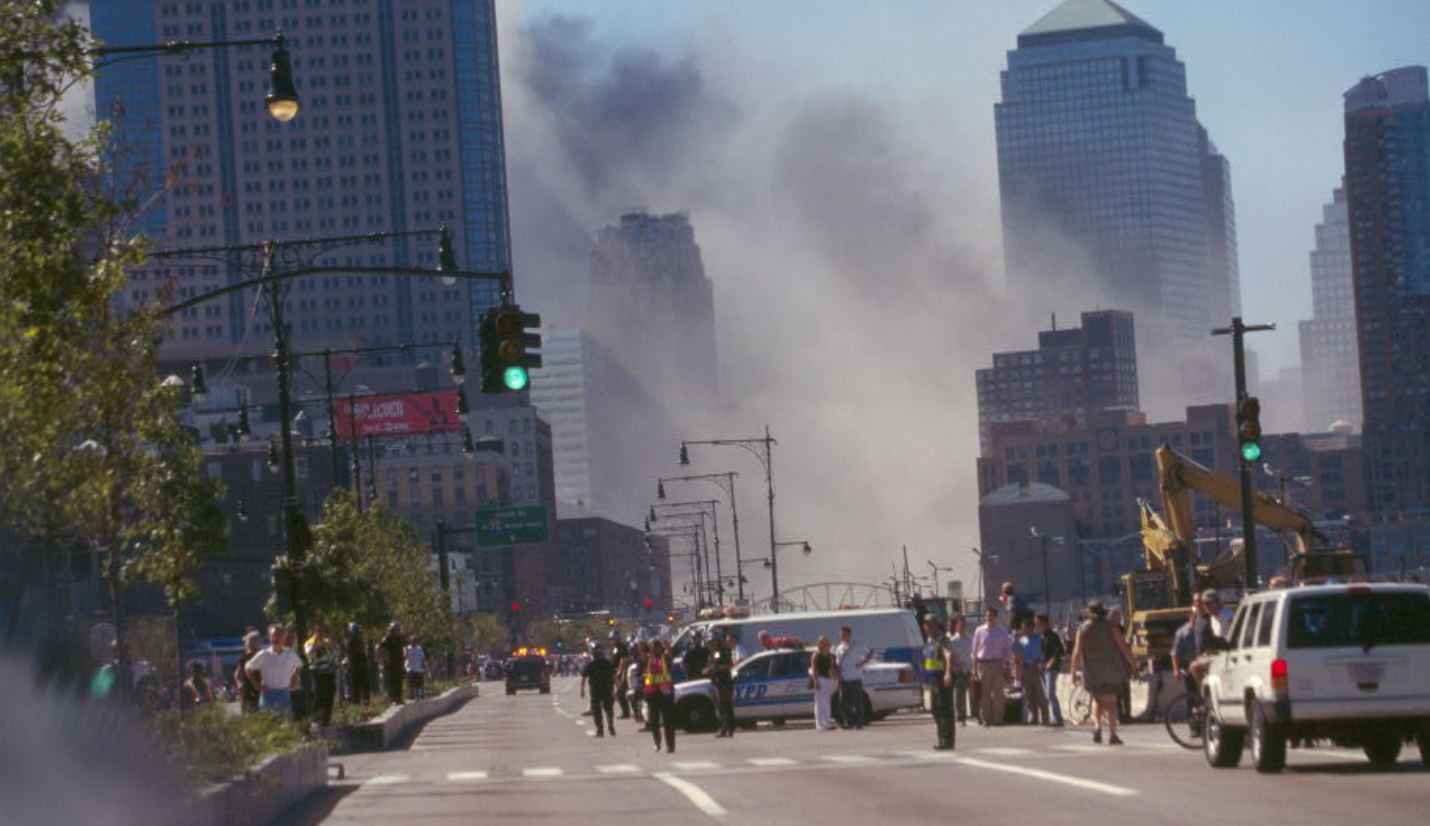 As I exited my car I briefly caught something on the radio about a plane flying into a tower. I assumed it was a small plane, a two-seater, that had crashed. Before settling at my desk I did my usual walk to grab a cup of coffee and noticed all the guests in the lobby, usually quietly enjoying breakfast, were instead gathered around the television in the corner.

Wondering what was happening, I went over to the television just as live feed showed the second plane hitting the tower. Aghast and confused, I exclaimed, “Is that what happened?” as other people gasped and cried out and explained that no, this was a live feed and that was a second plane.

I was sitting at my desk when someone burst into the office claiming, “They just bombed the Pentagon.” We were all shocked and scared and went out to the televisions again. The rest of the day was a blur. I remember going home and sitting, glued to my television. One of the stories that still sticks out to this day was a family trying to find their husband and father who had worked in one of the towers. The camera continued to follow the family from location to location. At long last, they found him, he had escaped from the towers before they fell. I sat sobbing along with the family as they embraced.

My story is not special; I was in a small town, at my normal job, watching from the sidelines at the world I knew changed forever. But I still have all the newspapers from the day after in a cedar chest.