The military veteran influences behind DC Comics - We Are The Mighty 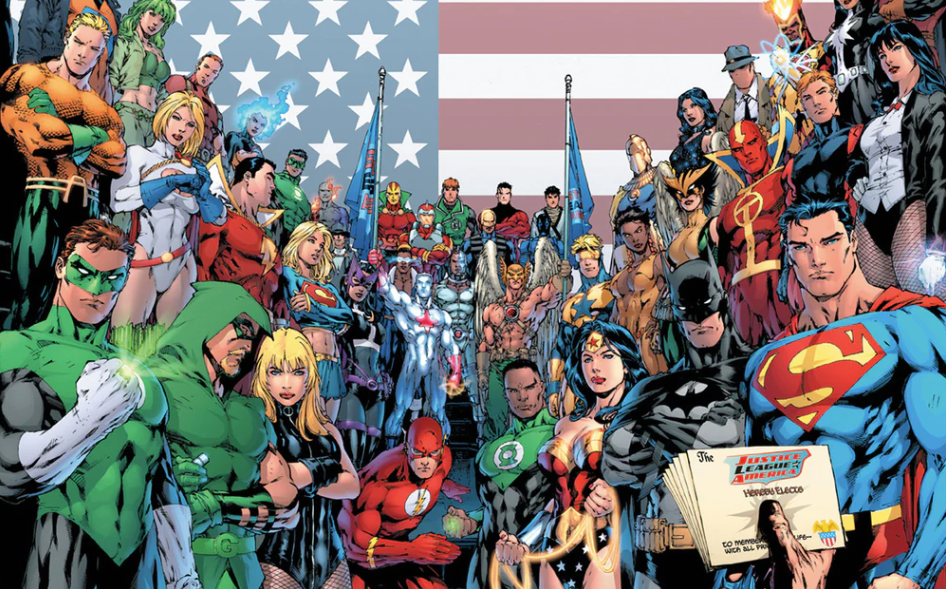 We know the way veterans have influenced different parts of our culture from movies, TV, art, inventions and companies. Now we focus on the background and building of DC Comics known for their properties such as Superman, Wonder Woman, Batman, The Flash, Supergirl, Hawkgirl, Green Arrow, Green Lantern and Zatanna. DC Comics have been impactful on our culture for decades and have run the gamut of movies, TV shows, video games and even graphic novels.

These are the military veteran influences behind DC Comics

Major Malcolm Wheeler-Nicoholson joined the US Army in 1917 and served in the Calvary. In his own words he, “chased bandits on the Mexican border, fought fevers and played polo in the Philippines, led a battalion of infantry against the Bolsheviki in Siberia helped straighten out the affairs of the army in France [and] commanded the headquarters cavalry of the American force in the Rhine.” He left the Army in 1923. After his service he helped to pioneer the American comic book and is known as, “the link between the pulps and what we know of as comics today.”

He founded National Allied Publications which would later become DC Comics. Detective Comics, which is known for launching Batman, was created under Wheeler-Nicholson’s watch before he then left the publishing business as well. Nonetheless, his founding grit and work led the way for future DC superheroes to be a positive light for people around the world.

William Moulton Marston, sometimes credited as Charles Marston created Wonder Woman and she first appeared in All-Star Comics #1 on October 21, 1941. Wonder Woman got her first feature in Sensation Comics #1 in January 1942. Marston served as a second lieutenant in the U.S. Army at the end of World War I. Post-service, he worked as a psychologist and invented an early version of the lie detector. He made Wonder Woman after recognizing that there is great educational potential in comic books and based on the recommendation by his wife Elizabeth Holloway Martson, he created the character.

He is quoted in favor of a woman superhero role model, “The obvious remedy is to create a feminine character with all the strength of Superman plus all of the allure of a good and beautiful woman.” The physical traits of the character are said to be based on Olivia Byrne, a friend of William and Elizabeth’s. Wonder Woman has stood the test of time through a TV series and a set of feature films featuring another veteran, Gal Godot.

Nick Cardy worked as an illustrator at DC comics from 1950 to the mid-70s. He served in the U.S. Army in World War II from 1943 to 1945. He earned two Purple Hearts during his time in and was a tank driver in the armored cavalry. While in the Army he won the contest to draw his unit’s (the 66th Infantry Division) patch which was a snarling black panther.

During the end of his service, he spent time in the Army’s Information and Education office in France. He went into comics and created such characters as Aquaman and the Teen Titans. His later career involved doing movie advertising art for such films as The Street Fighter, Apocalypse Now and Movie Movie.

Bob Haney worked at DC comics from the mid-1950s to the early 80s. During that period, he co-created the Teen Titans, Metamorpho, Eclipso, Cain and the Super-Sons. He further worked on Aquaman, Blackhawk and the Unknown Solider. He contributed to scripts in the 1960s TV versions of The New Adventures of Superman and The Superman/Aquaman Hour of Adventure. This was helpful in the early 1980s when he left DC to go work on shows such as ThunderCats, Silverhawks and Karate Kat. Haney served during World War II in the US Navy and saw action in the Battle of Okinawa.

Al Plastino worked at DC comics for decades on such titles as Superman, Superboy and Adventure Comics. He is known for being one of the most prolific Superman artists of the 1950s. He co-created Supergirl, Brainiac and the teenage team the Legion of Super-Heroes. Plastino even ghost-drew Peanuts when Charles Schultz underwent heart surgery in 1983 and worked on the comic strip, Nancy. In his youth, Plastino served during World War II in the US Army along with his brothers who were also drafted.

He was assigned to work with the Grumman Aerospace Corporation, the National Inventor’s Council and The Pentagon based on his artistic abilities and drew war posters and field manuals. After he left the service he worked for Steinberg Studios and drew posters for the US Army. He eventually made his way to drawing comics and the rest is history.