My 9/11 story: Remember the time we all stood together - We Are The Mighty

My 9/11 story: Remember the time we all stood together 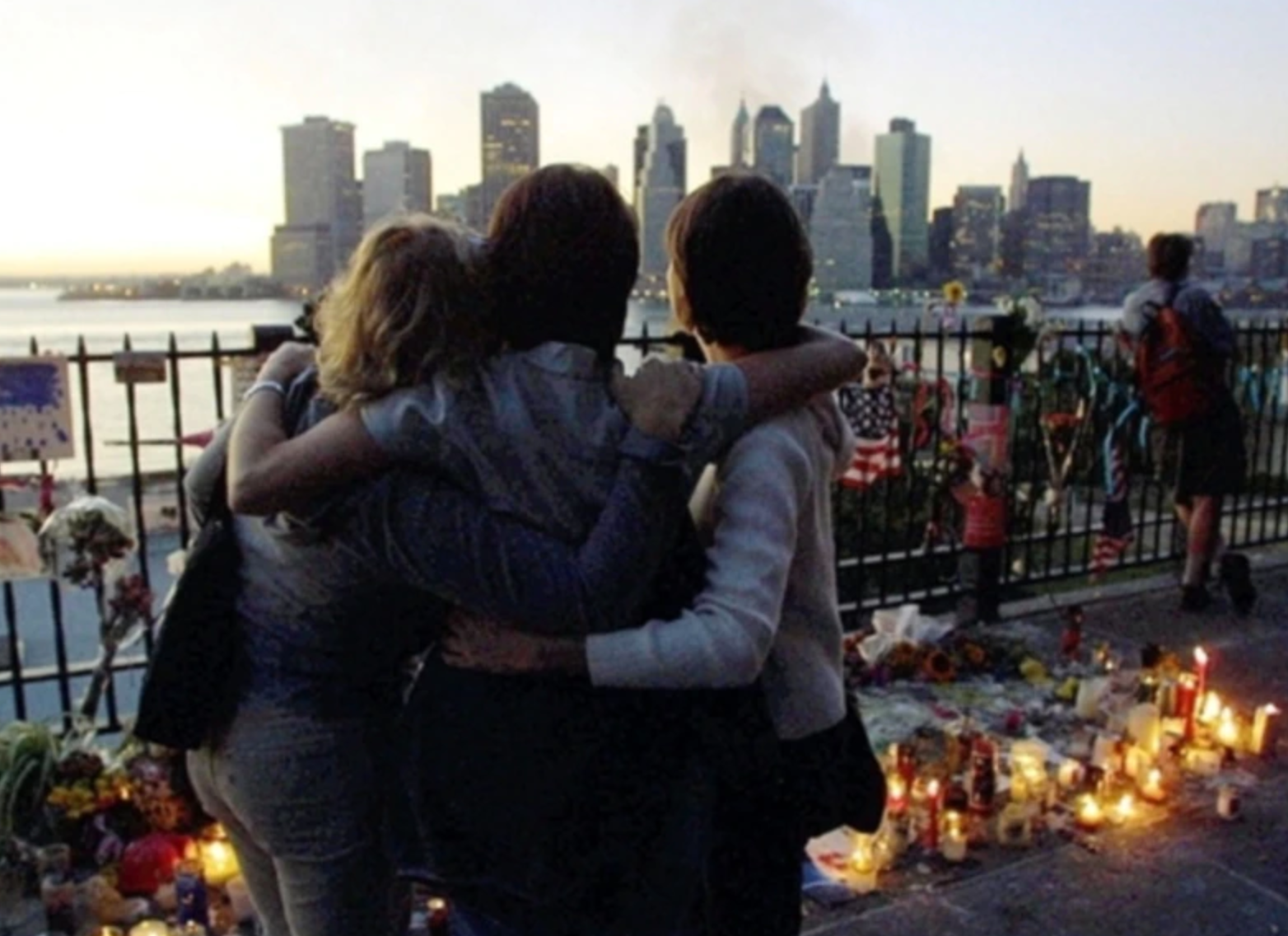 Every time I sit to think about the events of 9/11 and I go back to the beginning of that day, what first comes to mind is what a beautiful day it was. The sun was shining, the summer humidity had gone away and it wasn’t hot or cold. I would describe it as the perfect day.

I woke up late and had to skip the subway that day and opted to take a cab to work. While in the cab, the driver had the radio set to 1010 WINS. This radio station became such a staple over the next few days that I still have a problem hearing that jingle or their tag line: “You give us 22 minutes and we’ll give you the world!”

As we were pulling up to my job, I heard the anchor announce that an airplane had crashed into the World Trade Center and emergency crews were on their way. The report was so over the top that it was confusing more than anything. A plane? The World Trade Center? How is that even possible?

In 2001, I was 19 years old and working as an executive assistant to the president of a security company. The office was based in Long Island City, Queens right at the base of the Queensboro Bridge, a five minute ride into midtown Manhattan. The security company’s largest clients were at JFK airport so as soon as I got into work, we rushed into a meeting and took calls from JFK security officials. Work was busy!

On the other end of it, we were trying to keep up with the news announcing that people were jumping from the skyscrapers, scrambling to get in touch with our loved ones while worrying about what was next for NYC. There were rumors of all bridges and tunnels being attacked by trucks with bombs. I remember asking my best friend, who worked with me at the time, to come into the restroom with me so that if we died, we wouldn’t have to die alone. That was the fear I had that day: If we all died, at least we wouldn’t be alone.

Even in this chaos, we could never have imagined what was about to happen.

We were all huddled together in our boss’ office when I ran to my office to grab something from my desk. I looked out the window and saw the first tower collapse. My screams sent the entire office running to see what was going on. There was sadness and defeat in the air. If I’m honest, a good part of the day is gone from my memory. I remember my boss telling those who had children to go home and the rest of us stayed to deal with the work that was coming our way.

We received a call from the mayor’s office that day asking us to make IDs with unique numbers for access to Ground Zero. They wanted to control the people allowed inside so they could focus on recovery efforts. We needed to make 10,000 IDs with the mayor’s seal as soon as possible and log the ID numbers so that each individual could be tracked as they entered and left the site. That project, which took a week to complete, would become a life saver for me.

I left work to pack a week’s worth of clothes, knowing that this project would keep me in the office for days, and chose to walk instead. What I saw were people covered in dirt walking off the bridge like zombies. No one was screaming, there was no chaos, just people who were in shock, covered in dust trying to get home to their loved ones.

Despite the horror of that day, NYC literally dusted themselves off, wiped their tears and got to work to repair our beautiful city. I spent the next few days with little to no sleep creating the IDs for the mayor’s office. My sister and close friends marched down to Ground Zero to volunteer, handing out water and supplies to the rescue crews. There were friends who were devastated by the loss of their loved ones, people who just never showed up at the end of the day and even then, you had neighbors and their communities stepping up to watch the kids, make meals, etc.

What I didn’t realize at that time was what the rest of the country was doing for our city and our country. Young men and women signing up to the military. Communities all around the country, sending aid to NYC and standing strong with us.

The recovery wasn’t easy; I still hate the fact that I know what burnt flesh smells like — it took over the entire city for days. We’ll never get those lives back, the trauma of those affected will never completely go away and even with the freedom tower, the World Trade Center will always be a sad place to visit.

However, the grit, strength and love of NYers, Americans, our first responders and military are proof that we can get through anything. As the 20th anniversary approaches and we find our country more divided than ever before, I hope that on 9/11/2021, the reminder of these events will force us all to take a deeper look at each other as a nation and remind us of a time where we all stood together, in unity and that as a nation, we are all worth fighting for.