Everything you need to know about the Battle of Midway, the ‘turning point’ of WWII - We Are The Mighty

Everything you need to know about the Battle of Midway, the ‘turning point’ of WWII 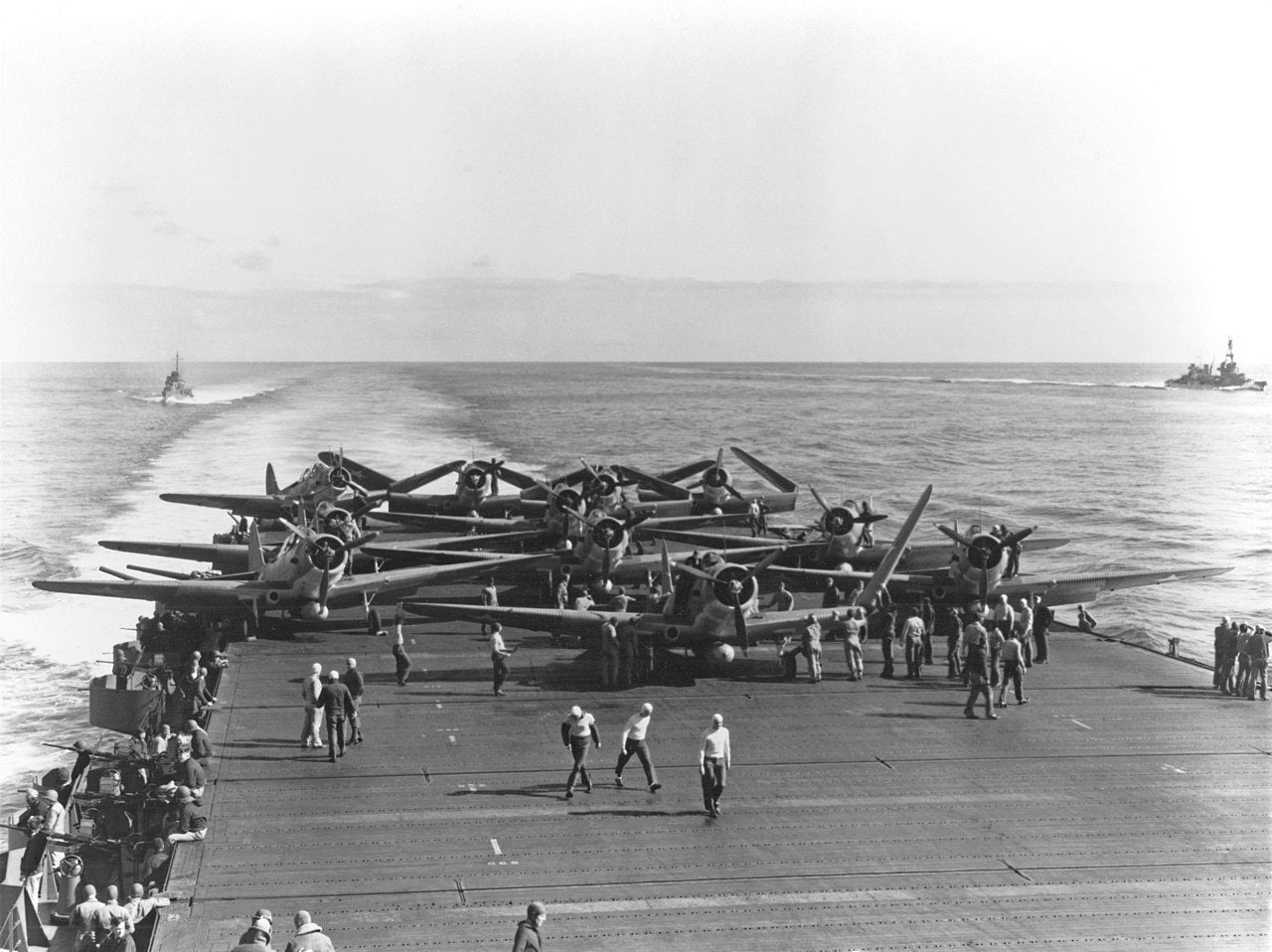 On June 4, 1942, the Japanese fleet arrived in its attack formation. Its target was Midway Island, an effort to create a defensive barrier in the Pacific while avenging the Doolittle Raid on Tokyo from earlier in the year.

The Imperial Japanese Navy was ready to throw everything they had at the Americans, creating a combined fleet of four aircraft carriers, two battleships, two heavy cruisers, 12 destroyers, 13 submarines, dozens more surface ships and hundreds of aircraft. The Japanese fleet would have been a formidable force – if the Americans didn’t already know they were coming.

A critical component of having this information is ensuring the enemy doesn’t know you have this information. So the Americans had to figure out how to curb stomp the enemy without giving away the fact that their secrets weren’t so secret.

Midway is an ironic battle because the Japanese fleet was hoping to lure American aircraft carriers into a trap to be destroyed. They hadn’t counted on U.S. codebreakers figuring out the location of their next assault, but that’s exactly what happened. The trap was quickly turned around.

These were just a few of the factors that led to the Japanese defeat at Midway. The USS Yorktown was ready for battle much sooner than the Japanese thought it would. The Americans knew critical details of the Japanese attack plan. The US Navy and Army were able to muster the resources to properly defend the island – and the carriers.

Adm. Chester Nimitz knew the Japanese were dividing their forces in such a way that four separate flotillas would be unable to support any other part of the attack. He also knew their order of battle, and general time, date and area from which the attack would come. The only question would be how to keep the Japanese pressing their attack without knowing the Americans had their playbook.

There were numerous instances where Japan should have figured out that something was up. American Army Air Forces flew by the incoming Japanese aircraft, headed straight for the fleet in the ocean. The Japanese knew the planes were coming for the fleet, but since they’d been attacked on approach, they didn’t think anything of it.

Midway’s planes should have been trying to defend the base, not go on offense against the enemy fleet, but the Japanese didn’t realize this. They simply prepared their aircraft for a second bombing run to attack the Midway airfields.

It was too late for the Japanese by the time the Americans arrived to the east of the Japanese position. The new aircraft were being equipped with bombs to hit land-based targets. With inbound aircraft coming from Midway, swapping out bombs with torpedoes would take too much time.

With fighters in the air, fighting the American planes from Midway, the Japanese realized what was happening. Their fighter defense was running out of fuel, their attacking aircraft were being armed incorrectly and the Americans arrived at just the right time. With so many U.S. planes in the air, they were just overwhelmed.

The Japanese Navy lost four carriers that day, a devastating blow from which it would never recover. It also lost all the aircraft it brought to the battle, along with thousands of sailors and pilots. It was the turning point of the Pacific War – and it came just months after the U.S. entered the war.

If the Americans hadn’t been able to secure Midway and disrupt Japanese operations, the Japanese fleet would have been able to threaten Fiji, Samoa and even Hawaii. If Midway had fallen, the war might have been extended by two years or more.