5 old school hacks for barracks life - We Are The Mighty 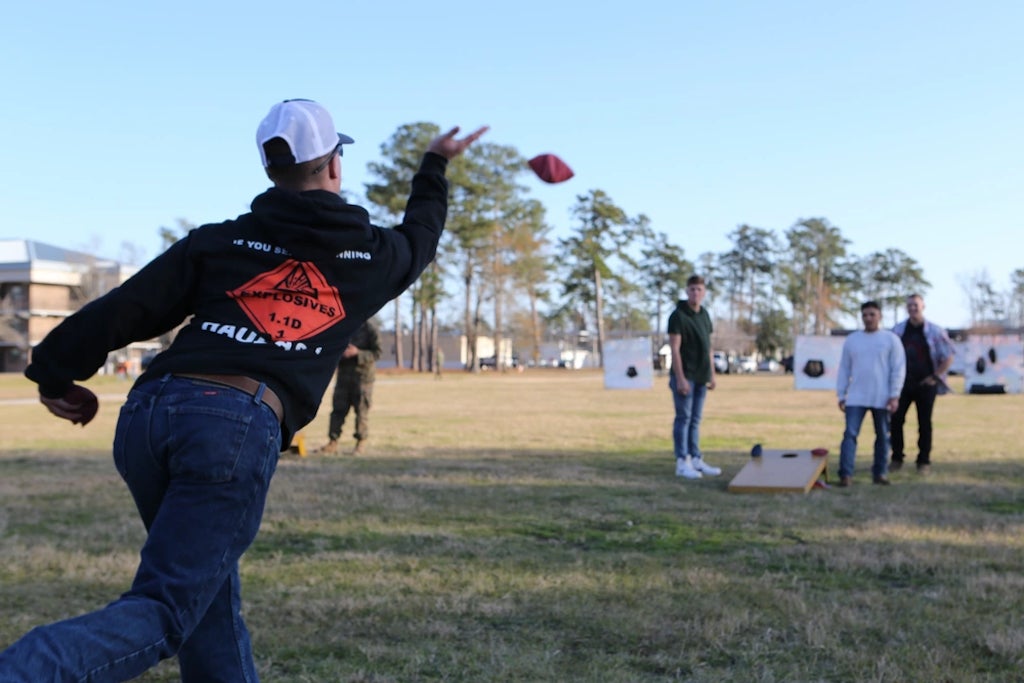 It’s ironic that in order to defend freedom a service member must give up much of their own freedom. Troops cognitively understand this but it still has a significant emotional impact. Young service members adjusting to military life soon realize they have very little control over their lives, their schedules and their environment. The result is a lot of griping and complaining. This characteristic transcends generations but the content does change. When older veterans hear the younger generation complain about their current circumstances it’s almost incomprehensible.

Morale is low, the WiFi in our barracks sucks. Son in my day morale was an ammo re-supply!

Today’s troops have to put up with a lot of nonsense the older-timers didn’t have to endure, but the previous generation certainly had more austere environments. They lived in open squad bays with no privacy. Entire units had to share a few pay phones. It was rare for a young troop to own a vehicle, making it difficult to re-supply essentials such as toiletries and cleaning supplies. Even when the living situation evolved to barracks rooms, it often included two or three roommates and certainly no kitchenette. Young troops are always hungry. They are youthful, active and chow halls close too early. Before microwaves, air fryers and the plethora of today’s food delivery options, the old-timers found a way. Below are five old school hacks for barracks life.

1. Grilled cheese sandwich on an iron

Yep, it’s true. Before the military became infatuated with digital camouflage it was required to report to work in crisp, starched, camouflage utilities. A young Marine or soldier might not own a television, but he definitely owned an iron. Showing up for formation in a wrinkled uniform was unthinkable. It simply wasn’t tolerated. In those days you could but a loaf of cheap white bread and a pack of American cheese for less than a dollar. Instructions were simple: plug in the iron, invert it, and place the (not real) cheese between two slices of bread. Place the trailer park delicacy on the iron until brown and flip. Enjoy. You could easily get a dozen sandwiches via this method. Entrepreneurs among the ranks then charged their drunken, hungry buddies a dollar a sandwich. Not a bad return on investment.

2. Hot dogs in a coffee pot

This was only mildly effective and gave the coffee a bit of a pink-water-wang taste, but it did work. When you spend a week in the field eating nothing but MREs the last thing you want to do on the weekend is voluntarily open a pouch of Chicken Ala King in the squad bay. Though the barracks life prohibited hot plates or any such item, military culture almost always requires a coffee pot. Just a few more dollars than the grilled cheese would get you a bag of hotdogs and buns. Food preparation was as simple as removing the coffee filter and running water through the pot. The frankfurters of questionable ingredients were placed inside the carafe. After the water percolated through the pot you let it sit for a few minutes allowing the heat to absorb into the separated pork product then enjoy. Paired with a bottle of mustard swiped from the chow hall and it wasn’t half bad. Throw an extra scoop or two of grounds in the next pot of coffee and you almost mask the taste. Hot water in the coffee pot has also made countless bowls of instant ramen noodles. No real hack there, just common sense, but worth mentioning.

You can’t keep enough toilet paper in the barracks, and you can’t count on the military to keep you stocked anyway. When they do provide some, it’s thinner than a moth’s wings and rougher than a corn husk. The most favorable barracks situation you can hope for is a two-man room that shares a bathroom with another two-man room. The rules you attempt to put in place never last. At least one of the four roomies will be a dirtbag. Your Spartan lifestyle will leave you in want for many things, but you will always have boot polish and coffee. The boot polish only has one purpose. The coffee mess however includes coffee filters. Coffee filters are sold in packs of 100 and 500. Your PX will have plenty of those in stock even when the shelves are empty of toilet paper. Necessity is the mother of invention and many barracks rats have used coffee filters in place of toilet paper. Just flush often. If you get the commode blocked up it will take facilities maintenance two months to fix it. The struggle is real.

Believe it or not body wash is a fairly recent development, for decades there was simply soap and shampoo. Service members stood countless inspections and kept their sea bags/duffle bags packed as their units remained on alert for a contingency deployment. The gear listed inevitably included “30 days of hygiene supplies.” Many of the lock-step, checklist, institutionalized leaders of yesteryear interpreted this to mean you had to have soap and shampoo. Common sense is not a common virtue. It does not matter that you sport a high and tight with an oval-shaped, quarter-inch patch of hair on your head. The list says… Eventually between you and your roommates you have several bottles of shampoo. Either you overlook the resupply, you can’t get to the PX when it’s open, or the dirtbag roommate used all of your laundry detergent. There are only so many times you can rinse off your PT gear in the shower before it needs a no-kidding wash. Well, shampoo is kind of soapy and certainly good smelling, so it can’t hurt. Right? Kinda. Give it an extra rinse or two and it will suffice but substituting shampoo for laundry detergent is not an ongoing solution.

True story. While deployed to Okinawa, Japan in the 90s there was a bug climbing the wall in my room almost as big as my Guns N Roses cassette tape. Being the aggressive NCO I was, I stomped the trespasser with my jungles boots. Unfortunately, my foot made a size 9 hole in the wall. I feared very little in life other than the deadly habu viper and my Company Gunny. Gunny would be coming through for a room inspection in a few days. Fortunately I had lived in the barracks for a few years by then and had picked up a few tricks of the trade. I balled up a copy of Stars and Stripes and crammed it in the hole. Next I covered the hole with smooth strips of masking tape. Finally I took some baking soda toothpaste and smoothed over the patch with my ID card, leaving a spackle-like appearance. When Gunny’s sharp eye saw the repair job and having no recollection of a work order request, he inquired what had happened. I elusively and confidently responded “I’m an NCO Gunny, there was a problem and I took care of it.” The old-timers love that kind of attitude from the up and coming. I passed inspection.

I’m sure there are modern barracks (or dorm) hacks from today’s soldiers, sailors, airmen, Coasties, Marines…and Guardians! The old salts probably won’t understand most of them. They do however understand the long hours, the bad chow, stubborn leaders and being far from home. The 5 old school barracks hacks listed above are shared in the spirit of communicating, “I hear you little brother” while at the same time encouraging today’s warfighter to improvise, adapt and overcome.