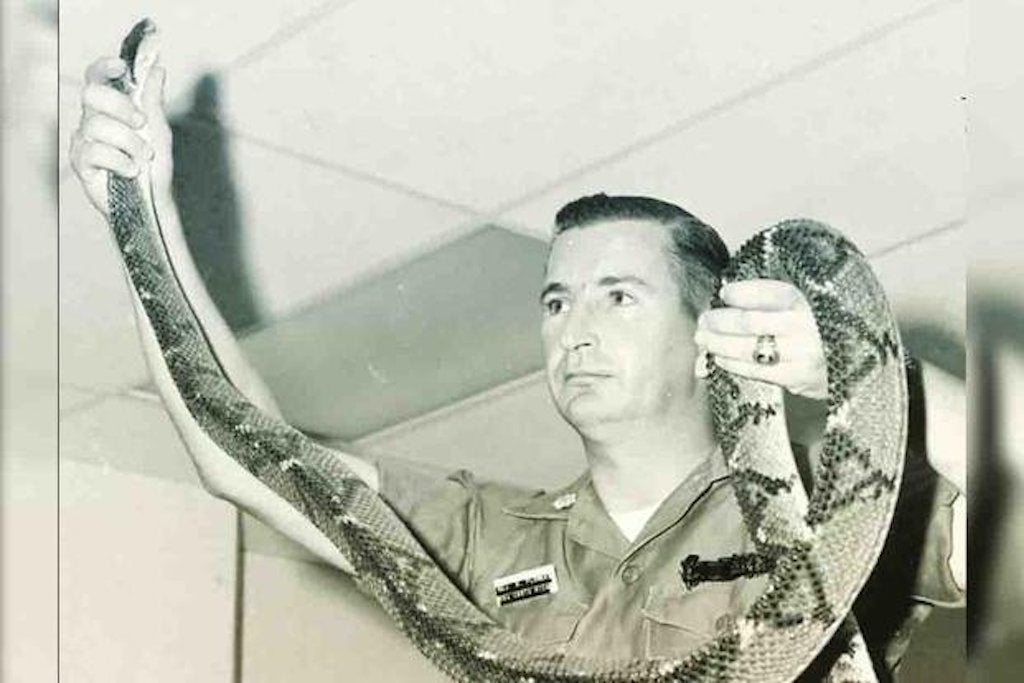 Whether you call it antivenin or antivenom – its purpose is clear: to help reduce the toxic effects of injected venom, usually from a snake bite or insect sting. Antivenin is a liquid, injectable substance made of antibodies that help reduce venom’s effects (not to be confused with poison; venom has to enter the bloodstream to be harmful). A different antidote is used for various snakes, spiders, etc.

The first antivenin was produced in Europe in 1895 when a vet inoculated rabbits with the ability to withstand Indian cobra venom. The rabbits were able to take in enough venom to kill two horses and still survived.

American veterinarians heard about the experiment and wanted to try it for themselves — even allowing people to become inoculated against various snake bites. By the late 1920s, American companies had begun creating antivenin for humans against various types of snakes.

That research was kicked up a notch in the 1960s when Army veterinarian, Dr. Herschel Flowers, became one of the lead vets studying snake bites and antivenin development. Flowers not only wanted to normalize snake presence and encourage soldiers to live alongside them, rather than be fearful of them, and to innoculate special forces against venomous breeds.

This research was especially timely with the war in Vietnam, a country with around 25 kinds of venomous snakes. The Viet Cong even used the most dangerous ones against American soldiers.

Flowers spent his entire military career developing antivenin for all types of snakes, often using himself as his human test subject. In the case of cobras, he began injecting himself with the venom in order to create antibodies that could be reproduced.

Weekly, he would milk 100 venomous snakes, collecting their dangerous secretions. He also dried the substance and exposed it to himself, allowing his body to become inoculated to cobra venom. (He was later bit twice throughout his career, to minimal side effects.) Additional experiments were performed by the lab with the collected venom.

He is also known for understanding the exact limits of snakes and using them to his advantage, for instance, placing his hand shortly out of striking distance to impress coworkers and remind the snakes of his knowledge. He worked for the majority of his career at the Army Medical Research Lab at Fort Knox, before transferring to the U.S. Embassy in Costa Rica where he continued antivenin work via horses rather than himself as a test subject. Horses have a large body mass and can be safely exposed to more venom than humans.