WATCH: Lizzo plays James Madison’s crystal flute, and the backstory behind it 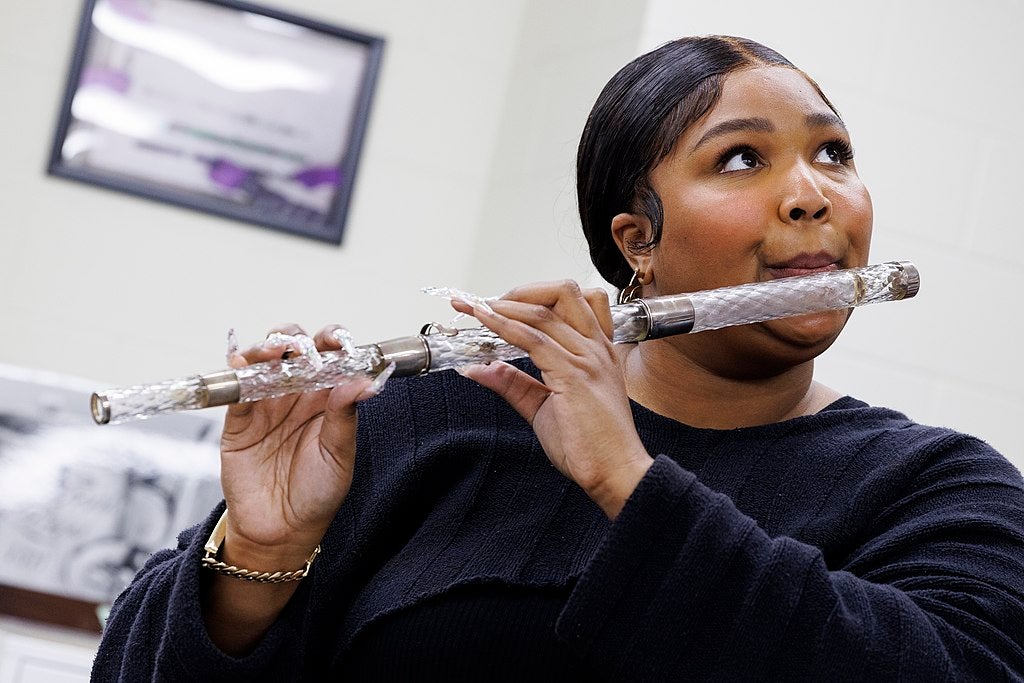 Singer Lizzo made history when she made a special addition to her tour concert in Washington D.C. … she played a flute that once owned by James Madison. She was also the first person to ever play the flute. As a classically-trained flutist, the hip-hop recording artist was presented with the crystal flute on stage by handlers from the Library of Congress.

The event was specialty planned, in which federal workers followed standard protocol, such as wearing gloves and placing the flute directly in and out of a case, while allowing the singer to play it.

The 200-year-old instrument was originally gifted to Madison during his second inauguration and was hand-crafted specifically for him. It stands as part of the Library of Congress’ flute collection, which is the largest in the world. It was gifted to Madison in 1813.

The event has been seen as symbolic by many, considering a Black artist played the flute once owned by a slave owner. There has also been controversy, with some listing Lizzo’s dance moves as disrespectful.

In any case, the event has brought much attention to flutes themselves, as well as what the Library of Congress does for the United States — in addition to serving as the research arm to Congress itself.

Lizzo was first invited to play the flute via Twitter, when the Library of Congress tagged her in a post. Librarian of Congress, Carla Hayden, is the first Black woman to run the library.

From there, Lizzo’s team got to work making it happen.

Before her concert, Lizzo went to the Library of Congress in person and played several flutes. She was able to spend some time and play multiple songs. During the concert she only played a few notes. She played a rare plexiglass flute, giving a mini concert to some researchers who were working at the location.

While the event has sparked simultaneous backlash and praise, there is no doubt the crystal flute has had the glow-up of its existence. With thousands of news articles, pictures, and more, the instrument has brought awareness to the Library of Congress, and encouraged visitors from all over to learn more about what it has to offer.

Visitors are welcoming, following formal protocol, though it’s unclear how many instruments are on display at any given time. To learn more about their visiting hours, head to their website.