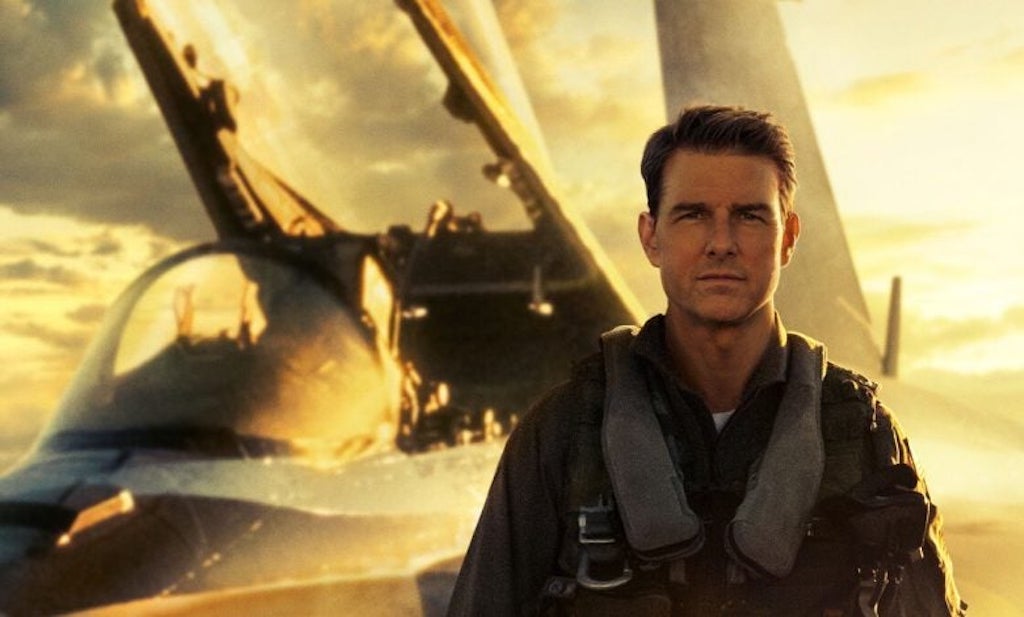 Top Gun: Maverick is one of the most successful sequels of all time. While the film takes on its own identity, it maintains a connection to the past by paying homage to the original Top Gun. Fans of the first film will spot returning props like Maverick’s Kawasaki GPZ900R and iconic lines like, “Do some of that pilot s**t.” More hardcore enthusiasts might notice more subtle nods to the original like Penny’s 1973 Porsche 911 S echoing Charlie’s 1958 Porsche 356 Speedster. But what about the diehard fans who learned Goose’s real name was Lt. JG Nick Bradshaw by pausing and rewinding their VHS copy of Top Gun? With the home release of Maverick, these viewers can now dissect the film for every little detail and reference to the original. Here are four that you may not have noticed in theaters. Spoilers ahead.

The Top Gun graduates evaluated by Maverick for the special mission were called back from active squadrons. Keen-eyed viewers may have recognized a squadron patch or two on their flight suits, especially if they served in that squadron. Phoenix and Bob’s squadrons are, in fact, references to the original Top Gun in their own ways. Phoenix wears a VFA-41 “Black Aces” patch. This squadron took part in the historic 1981 Gulf of Sidra incident, during which the F-14 Tomcat scored its first kills. Moreover, the engagement served as the inspiration for the final dogfight in Top Gun. Meanwhile, Bob wears a VFA-51 “Screaming Eagles” patch. This strike fighter squadron doesn’t actually exist. Fighter squadron VF-51 was disestablished in 1995, before it transitioned to the F/A-18 Hornet, and never became a strike fighter squadron. It was, however, one of the squadrons stationed at Miramar during the filming of Top Gun in 1985 and provided aircraft and pilots for the movie. Additionally, in the original Top Gun, Viper reveals to Maverick that he flew with his old man in VF-51 from the USS Oriskany (CVA-34).

The volleyball scene in the original Top Gun is truly an iconic cinematic moment. It has inspired more than a few fans to play a game of their own in jeans and aviators with Kenny Loggins blasting from their phone. Maverick paid tribute to it with the dogfight football scene on Breakers Beach. While Maverick’s line, “Let’s go!” returns for the football game, a familiar sound was transplanted from the volleyball scene. When Maverick dives for the ball in Top Gun and ends up in the sand, Slider lets out a victorious howling “Woooo!” In Maverick, Hangman makes a similar, but smaller, “woo” before tossing the football back like a grenade. After this, he appears to exclaim, “Yeah!” However, the sound that is actually heard is a more emphatic, “Woooo!” This sound is, in fact, Slider’s howl from Top Gun; a fitting nod to the original film and Rick Rossovich who played Slider.

Filming with actual Navy fighter jets is expensive. In 2016, the DoD published a report that listed the operating cost of an F/A-18F Super Hornet as $10,507 per hour. The heavier, more maintenance-intensive and less fuel-efficient F-14 Tomcat cost roughly twice this to operate. Even more expensive is the cost of firing a missile as a training AIM-9X Sidewinder costs over $200,000 in 2021. For the filming of the first Top Gun, the Navy gave the production crew just one missile shot to film. To make the most of it, the shot was filmed from multiple angles. Even then, the shots were reused and even reversed during the final dogfight. Maverick, paid tribute to this with the first F-14 missile shot during the dogfight with the fifth-generation fighter. Maverick acquires tone and says, “Taking the shot.” He pulls the trigger and the missile is shown coming off the rails of the F-14 with the camera angle underneath and to the left of the aircraft. The next scene is a wide shot with the F-14 rolling right as the missile streaks away. Aside from Maverick not moving the selector with his thumb, this is practically scene-for-scene from the first Top Gun. The fact that no F-14s remain airworthy in the West means that this scene was created with CGI and meticulously rendered to match the original.

Military pilots are commonly seen sporting precision timepieces. The association goes back to the early days of aviation when a wristwatch was necessary to calculate critical information like flight distance and fuel range. Despite the advent of advanced computers, aviators still love their fancy watches. In the original Top Gun, Maverick sports a black PVD Porsche Design Chronograph 1 by Orfina. After filming wrapped, producer Jerry Bruckheimer took the watch for himself as a souvenir. Although Maverick features almost exclusively IWC timepieces, down the the stopwatch used by Hondo to time the final mission, Maverick still wears his trusty Porsche Design watch. But, this isn’t a reproduction or a used piece acquired by the props department. It’s the actual watch from the 1986 film. “The watch I wear is the original watch,” Tom Cruise told BBC Radio 1. “So I had to go, ‘Jerry, I need the watch for the movie.’ The second I was done shooting — that day — he [took it back].”