The military veterans who were involved with All in the Family

These military veterans were involved with All in the Family 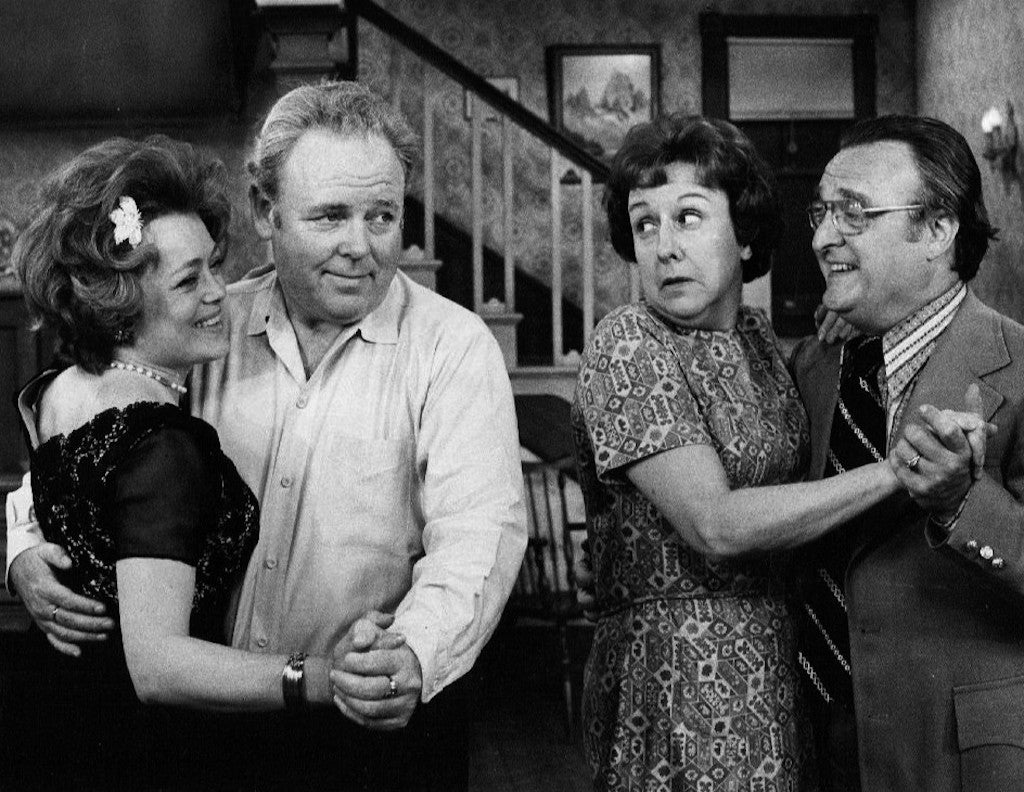 Photo of Rue McClanahan and Vincent Gardenia as Ruth and Curtis Rempley with Carroll O'Connor and Jean Stapleton as Archie and Edith Bunker.

All in the Family is one of the most famous and seminal American sitcoms of all time and comes from the mind of World War II veteran Norman Lear. The show embraced controversial topics and broke ground for marginalized minorities, which placed them at the forefront of the American public. It ran for nine seasons and 205 episodes from 1971 to 1979 and it spawned a second series, Archie Bunker’s Place, which ran for another four seasons until 1983. The show centered around the Bunker family and their daughter with her partner known as “Meathead” by her father Archie.

These are the veterans involved with All in the Family

Norman Lear, now 100 years old, continues to be a force in media and TV. Lear served during World War II as a radio operator/gunner in a B-17 Flying Fortress and flew 52 combat missions during the war. He returned home and started a career in public relations. He eventually transitioned into TV writing and created his first TV show, The Deputy, which starred fellow World War II veteran and accomplished actor Henry Fonda. The show ran two seasons from 1959 to 1961. He sold All in the Family to CBS in 1971 and his career skyrocketed. The show made stars of the cast and displayed that he understood the American audience. Lear then created The Jeffersons, Sanford and Son, Good Times, Maude, One Day at a Time and Different Strokes, which established him as a lead TV producer of the 1970s and even into the 1980s.

Bud Yorkin was the producing partner with Norman Lear and helped to establish All in the Family to make it an icon. Yorkin served in the Navy during World War II and formed Tandem Productions with Lear in 1958. Yorkin directed feature films before producing big shows with his partner such as Come Blow Your Horn with Frank Sinatra, Never Too Late and Divorce American Style with Dick Van Dyke. Yorkin produced not only All in the Family but also Maude, Good Times and Sanford and Son before he parted ways with Lear. His later career involved being a producer for the films Blade Runner and Blade Runner 2049.

Carrol O’Connor began his career acting on stage in Ireland and New York City. He served in the U.S. Merchant Marines during World War II. He had supporting roles in films such as Cleopatra, In Harm’s Way and Point Blank before striking it big with All in the Family. O’Connor also had roles in TV shows such as The Wild Wild West, Gunsmoke and The Man from U.N.C.L.E. His breakthrough role as Archie Bunker in All in the Family not only changed his career it made him the star of the highest-rated TV show for five consecutive seasons. After the initial show ended a spin-off with him as the lead again as Archie in Archie Bunker’s Place in which he ran a tavern and then he was the lead for In the Heat of the Night series, which was based on the film of the same name.

Before becoming George Jefferson on All in the Family and The Jeffersons he served in the US Air Force for four years and worked for the U.S. Postal Service. Hemsley started his career on stage and then moved into TV after Norman Lear spotted him during a performance of Purlie. Hemsley was an immediate hit on the show and had memorable engagements with Archie Bunker. The Jeffersons soon was created as a spin-off of All in the Family, with Hemsley as the lead. It ran for 11 seasons and 253 episodes. His career continued after the show across multiple TV series including The Fresh Prince of Bel-Air.

Allen Melvin started his career in acting post his return home from the US Navy during World War II. He started out on stage and performed in the Broadway version of Stalag 17 which helped him get his role in The Phil Silvers Show as Corporal Steve Henshaw. In the 60s he starred in Gomer Pyle, U.S.M.C. as Sergeant Charlie Hackler and made guest appearances on The Dick Van Dyke Show, The Andy Griffith Show and Perry Mason. He is most familiar to audiences as Barney Hefner, neighbor to Archie Bunker. He was in both All in the Family and Archie Bunker’s Place.