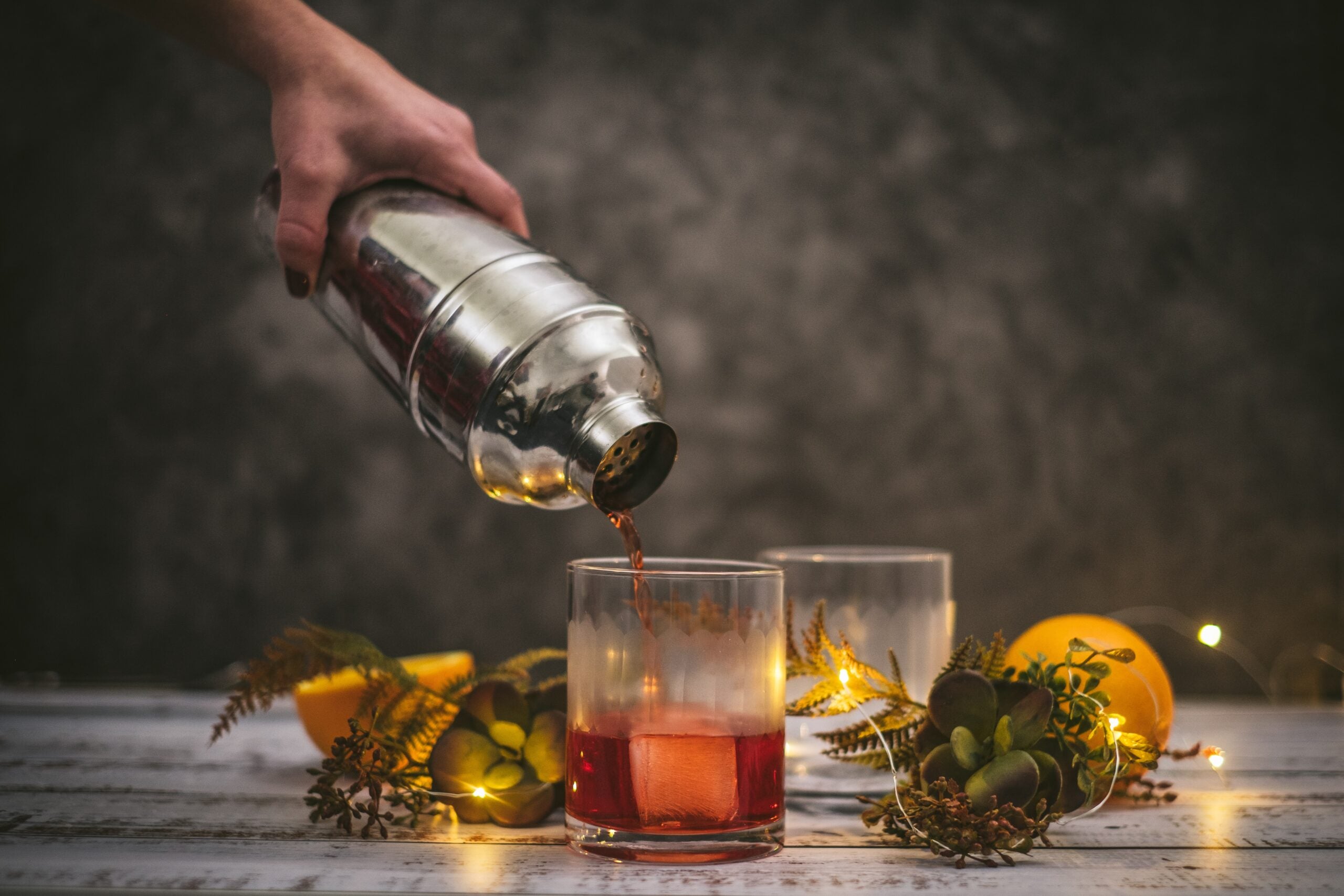 It’s Sweater Weather! And with that comes time for indoor cocktails that warm the bones and keep your inner fire glowing. As we lead into winter, there’s no better time to dust off the old cocktail shaker and explore some old-school mixed drinks. Sure, summer is all about beer and barbeques, and we’re sad to see it go, but autumn is all about crafted cocktails. You might not be able to gather with your colleagues after work, but that doesn’t mean Happy Hour has to die.

Not sure where to start? Here’s a list of five cocktails that all have military origins – with recipes included!

Historical records are a little lacking when it comes to uncovering just how this cocktail came to be, but it’s thought to have made its first appearance in “The Fine Art of Mixing Drinks.” No matter where it came from, it’s the most popular cocktail for celebrating the annual Army-Navy football game.

1/4 part Orgeat almond syrup (If orgeat is unavailable, you can sub in amaretto)

Fill a shaker with ice cubes. Add all ingredients. Shake and strain into a chilled cocktail glass.

While not as strong as Ball-level Grogg, this cocktail is definitely going to light a fire under you. Apparently, it was crafted out of necessity by the good folks at the 2nd Ranger Battalion during a cold-weather FTX. We can’t be sure, of course, but it seems like just the thing a Ranger Batt would put together.

Mix Jagermeister, Bacardi 151 rum, and a can of Red Bull in a mug or tall glass. Place a slice of both lime and lemon on top and serve.

Nothing says America like the eagle. This cocktail’s origins are unclear, but it’s been found in mixology books dating back to the early 1900s. This cocktail is perfect for summer, but it’s equally delicious in cooler months when you want to remember what it’s like to feel the sun on your face and the sand at your feet.

Rim a martini glass with salt. Then shake all ingredients with ice. Strain into the prepared glass and serve.

This is the perfect cocktail to sip while singing “The Army Goes Rolling Along,” if you’re into that kind of thing. You don’t really have to sing, but we highly recommend this decadent combo of whiskey, vermouth, and Lillet. Perfect for November evenings that are chilly and crisp.

Place rye, Lillet, vermouth, and bitters in a shaker with ice and stir. Rub the orange peel around the rim of a chilled martini glass; strain the drink into a glass. Twist orange peel over the drink to release its oils and add to glass. Garnish with a cherry, if you like.

Okay, this one doesn’t have some war-time history behind it, but it’s all out America with its patriotic color, and we’re pretty sure given the amount of alcohol, it’s sure to keep you warm on cold weather nights.

Pour each ingredient in slowly to layer them in a glass. Don’t stir — the color is what makes this drink patriotic.

In June 1913, the crew of the USS Arkansas started referring to their social gatherings as Happy Hours, which included everything from boxing and wrestling matches to dancing, music and movies. By the end of WWI, Happy Hours had spread from the crew of the Arkansas to the rest of the navy. That didn’t last long, though, because General Order 99, issued in 1914, prohibited the use of alcohol on ships. Despite its stops and starts, Happy Hours eventually found their way into other branches of the military and in civilian social circles as well. Thanks, Navy!