Vietnam Veterans Memorial – why listing the names of the fallen matters 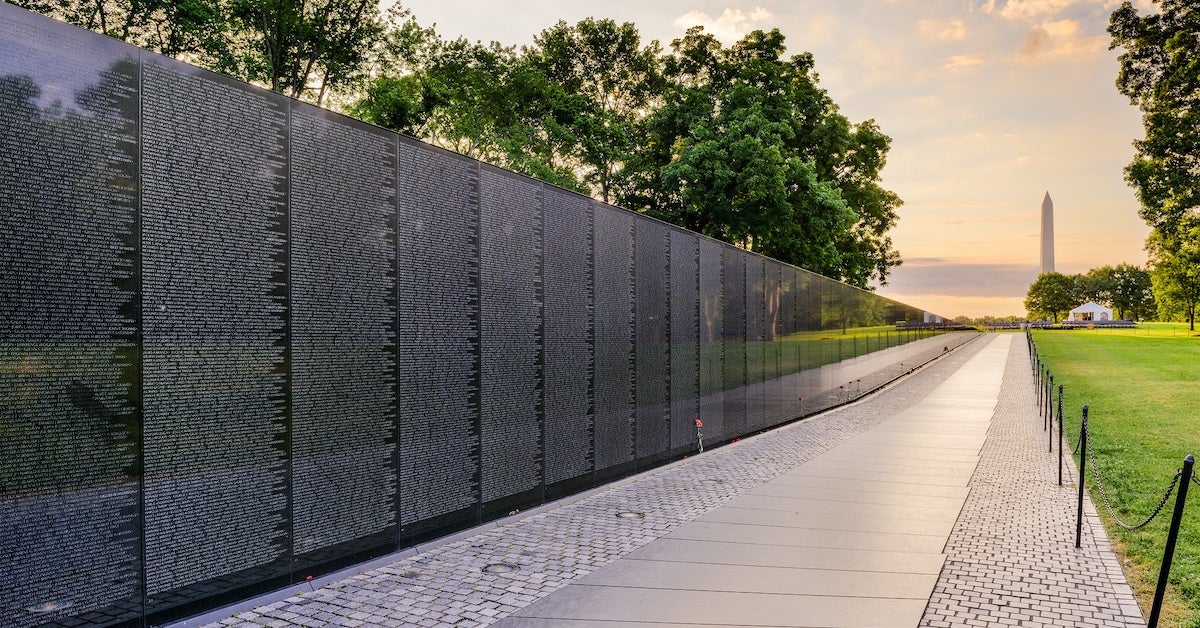 The Vietnam Veterans Memorial was dedicated on November 10, 1982, with 57,939 names. Since then, more names have been added. Currently, there are 58,282 names listed. Ten new names were engraved in 2020, including the name of a Marine corporal whose 2006 death was determined to be the result of wounds received in action in 1967.

Listing the names of the fallen matters for all the obvious reasons and the way returning veterans were treated in the US after coming home from war. The memorial is dedicated to honoring the courage, sacrifice, and devotion to duty and country of all who served in one of the most divisive wars in US history.

The memorial was built without using any government funds

After watching the movie The Deer Hunter, Jan C. Scruggs, a wounded Vietnam War veteran, and advocate, stepped up his efforts to create a war memorial to honor those who died in Vietnam. He donated $2,800 of his own money to form the Vietnam Veterans Memorial Fund in 1979.

By 1981, that fund had grown to $8.4 million, thanks in part to celebrities helping out with fundraising. All donations for the memorial came from the private sector, even though many politicians expressed their support in funding the site. Congress passed legislation to reserve three acres in the northwest corner of the National Mall for the monument.

What happens to items left at the memorial?

Items are gathered by park staff. Non-perishable items are archived in a storage facility. Tens of thousands of items have been left at the memorial since its opening. These so-called artifacts include letters, POW/MIA bracelets, photographs, military insignia, and religious items. Someone once left a motorcycle. Rangers from the National Park Service collect items every day. Except for unaltered US flags and perishable items, all artifacts are sent to a storage facility in Maryland. The facility isn’t open to the public, but sometimes certain memorial artifacts are put on view as part of traveling exhibits. A virtual collection can be seen at www.vvmf.org/items.

How are the names arranged on the wall?

The names are arranged chronologically by date of casualty. The first names appear at the center of the wall at the top of panel 1E. The panels are filled like pages of a journal listing the men and women’s names as they fell. Upon reaching the farthest east end of the memorial at panel 70E, the pattern continues from the far west end of the memorial at panel 70W, continuing back to the center at panel 1W. In this manner, the memorial evokes a theme of closure or completion; the first are with the last.

All of the names have been read out five separate times

As part of the Wall’s 30th commemoration in 2012, all 58,282 named were read out loud just before Veterans Day. This was done five times – in 1982, 1992, 2002, 2007, and 2012. Volunteers, Vietnam veterans, family members of the deceased, and employees from the Vietnam Veterans Memorial Fund read the names. In 2012, the team began reading on a Wednesday afternoon and didn’t finish until Saturday night.

How can I find a name on the memorial?

Registry entries include a panel number and row number corresponding to its location in the memorial. Panel numbers are engraved in the memorial at the bottom of each panel. For row number, count down from the highest row on the panel. Each row contains five names (six where a name has been added since the wall was originally installed).