How World War II military fashion is making a comeback, even among civilians - We Are The Mighty

How World War II military fashion is making a comeback, even among civilians 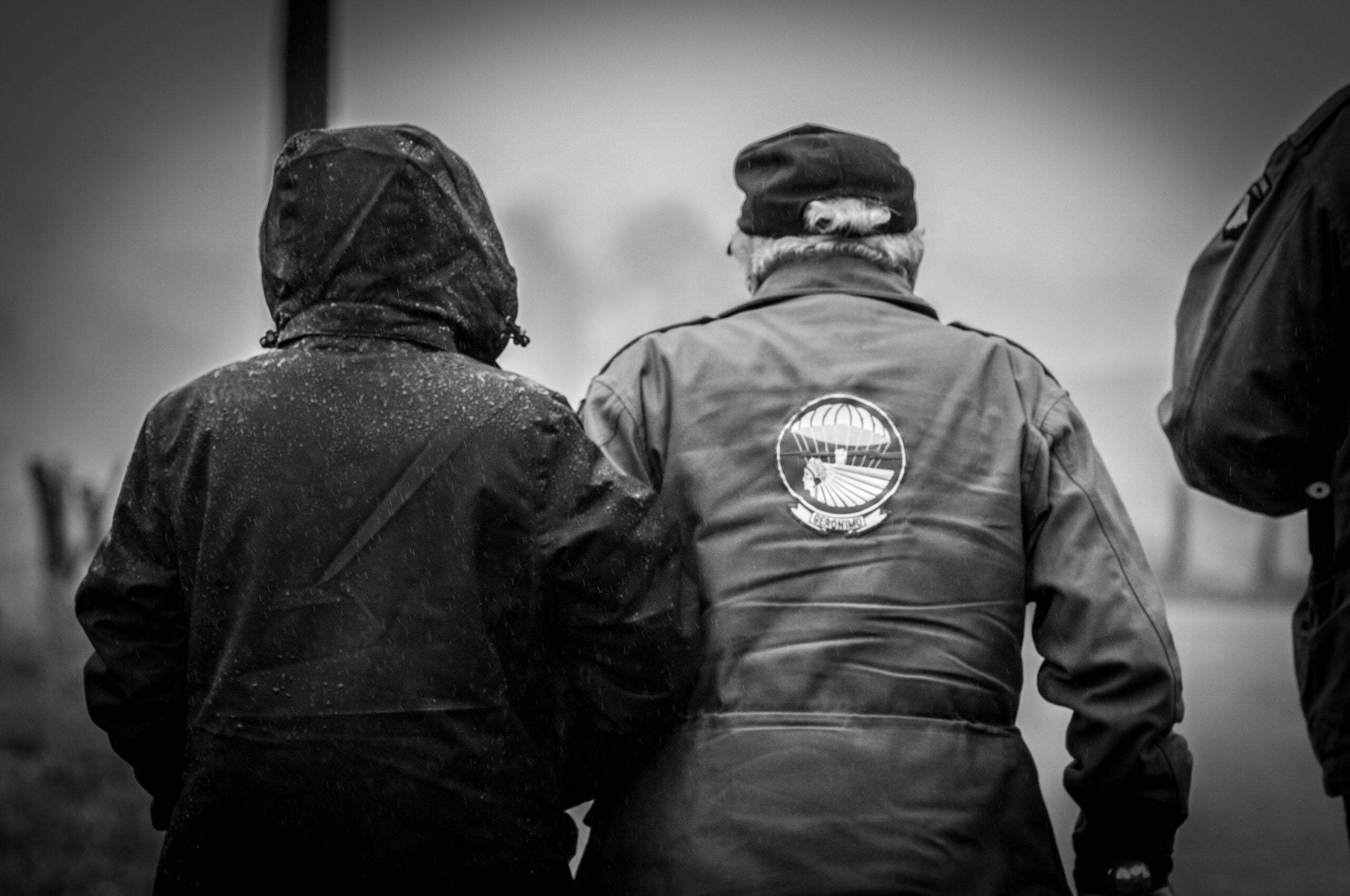 WWII Battle of the Bulge veteran Vincent Speranza and his daughter, Ella Broche, walk through the same battlefield where Speranza fought against the Nazis during the Siege of Bastogne, Belgium, Dec. 11, 2015. (U.S. Army photos by Staff Sgt. Bernardo Fuller/Released).

The thing about fashion is that even though it goes out of style, it always comes back. Few looks have stuck around longer than World War II-era fashion. It’s America’s coming-of-age story. Just think about how many pin-up calendars and shows there are. Look at the number of classic car shows around the country.

Even the U.S. Army is wearing throwback uniforms these days.

Although the days of fedora hats and suits are likely long gone, there is one item that always maintains its status as the premiere accessory for men: the watch. Watches are a booming industry worldwide and its adherents are fanatical about their collections. Veterans and civilians alike are flocking to an old favorite: the A-11 watch.

At the beginning of World War II, the Army sought to make a watch that could handle the rigors of combat anywhere in the world, from the skies above Europe and the deserts of North Africa to the amphibious landings in the Pacific. The result was the A-11 specification watch.

Tens of thousands of these watches were produced for the Army during the war. Its simple, but durable design featured a single-piece strap, high contrast white lettering on a black watch face, and a solid case made of nickel or silver. The watches were also winded and set by hand. It was so reliable that it was issued to all Allied nations.

One company, Praesidus, has made its name by creating watches that not only call back to the World War II era, they take the time to honor the Allied veterans of the war with its designs. It’s latest is a well-researched, definitive recreation of the original.

Praesidus took the original U.S. Army specifications for the A-11 and made a stunning recreation of the watch. Since its original production in 2021, it has made a few special versions.

One of them honored WWII vet Vince Speranza, who fought at the Battle of the Bulge with an M1919 Browning machine gun. Another special version honored WWII veteran Tom Rice, a paratrooper and  “Toccoa Original” who jumped into Normandy on D-Day, June 6, 1944.

In 2022, Praesidus went a step further and built watches made from Marston Mat, the perforated steel plates that Army engineers used to create makeshift American landing strips and runways during the war. Only these watches used pieces of actual Marston Mat used in the D-Day landings to commemorate the 78th Anniversary of the “Day of Days.”

The company’s latest watch comes in time for the holiday season, and it says this watch, called the A-11 Type 44, is the most authentic replica it’s ever done.

Engineers were able to purchase an original 1944 Waltham A-11 online and sent it to be disassembled and studied by an in-house designer. The designer hand drew every component of the watch, as researchers reviewed the material it was made of, its construction, and even the fonts used on the watch face. They then recreated each aspect of the timepiece in detail.

Everything from the case, to the movement of the watch’s internal design was painstakingly replicated to make the most perfect A-11 model possible. The only changes were made to the size of the watch, upgrading from a 31.5-millimeter case to a standard 32-millimeter. Those who like a larger face and aren’t as concerned with authenticity can also but a 38-millimeter A-11.

To learn more about this new old fashioned accessory or to get on the waitlist for one, visit the Praesidus A-11 Type 44 website. Only 100 A-11 Type 44 watches will be produced.