Today in military history: Military topples Egyptian monarchy - We Are The Mighty 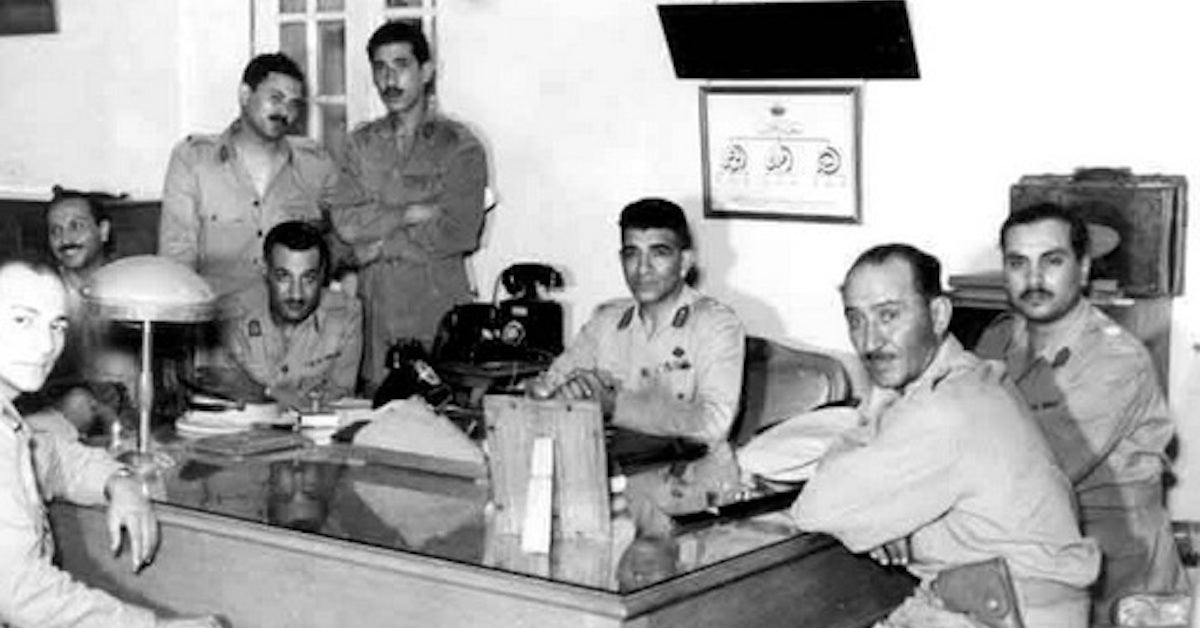 On July 23, 1952, a military coup toppled the Egyptian monarchy and seized power.

Led by Colonel Gamal Abdel Nasser, the Society of Free Officers forced the corrupt King Farouk to abdicate and relinquish his power. The revolutionaries abolished the monarchy, redistributed land, and tried politicians for corruption. Nasser led a Revolutionary Command Council to form a new government, create and promulgate a new constitution, and make Egypt a socialist Arab state.

In 1954, Nasser proclaimed himself prime minister of Egypt. He proved himself to be a competent and popular leader, negotiating the creation of a new constitution that not only made Egypt a socialist Arab state, but helped improve the lives of many Egyptians — especially women.

In 1956 he was elected, unopposed, to the new office of president, where he served until his death in 1970. During his 18 years in power, Nasser remained a popular leader who improved the quality of life for many Egyptians and earned him respect throughout the world.