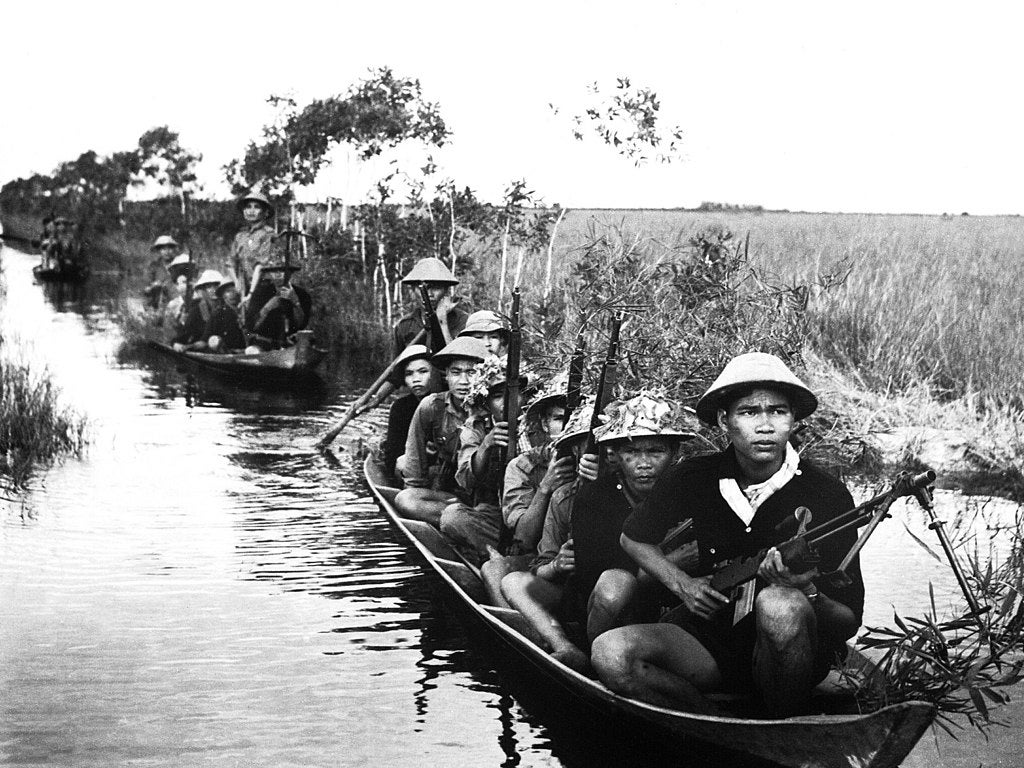 On paper, the Viet Cong and North Vietnamese Army looked like an inferior fighting force, poorly equipped, under-trained and at every disadvantage in terms of firepower and material. They were like that in practice, as well, as it turns out. Fighting the Americans and South Vietnamese during the Vietnam War was a life of privation and fear, yet morale among the communist guerrillas was high.

Despite being outmatched and hungry, North Vietnamese soldiers still left their homes when ordered to and made their way south to fight the war against their neighbor. Here’s a few of the worst things they had to deal with.

For being perennially under-equipped and low on everything, VC and NVA troops sure had a heavy burden to carry. As of 1972, communist fighters in Southeast Asia were carrying up to 120 pounds of material on their backs, consisting of food, supplies, and a means of sleeping above the jungle floor, usually some kind of hammock. That’s before they got issued an AK-47 and ammo.

Carrying all of this, they made their way from their homes on foot to the jungles of South Vietnam through the Ho Chi Minh Trail in neighboring Cambodia. They carried all of it over primitive mountainous terrain in a journey that could take upwards of six months.

2. Food was scarce, even when they had some

The rations for the NVA fighters was small at best. They left home with 20 pounds of rice, five pounds of sugar, and two pounds of condensed milk. That was all they had until they met up with their unit. When they got to that unit, things didn’t get much better. A single chicken would often have to be shared with 20-30 other men.

This lack of food meant they would often forage and hunt for calories to supplement their diets. VC and NVA fighters recall finding bomb craters that filled with water were often the homes of ducks and and fish that they would use as a food store along the Ho Chi Minh Trail. If there were no ducks, they didn’t eat.

Like all armies on a long campaign, disease took a toll that was larger than anything the enemy could inflict on them. In the jungles of Southeast Asia, this usually meant mosquito-borne malaria. More Vietnamese men died of disease than American airstrikes.

The medicine issues to the VC and NVA fighters meant to prevent malaria usually ran out long before they arrived in South Vietnam. When a fighter died of disease, the NVA usually left them where they fell, often still laying in their hammocks in the middle of the jungles.

Yes, despite the propaganda from North Vietnam that will tell you the NVA never flinched in the face of American firepower, they definitely did. They referred to B-52 bombing campaigns as “Whispering Death” because the B-52 flew too high for them to hear it. Their first warning that they were being bombed from that altitude was when bombs cam raining down on them.

The sounds of the F-4 Phantom jet and the destruction they could bring was enough to make NVA soldiers tremble that their lives could be ended at any moment and there was nowhere to run to escape from it. Their most hated aircraft, by far, was the UH-1 Huey helicopter that allowed American forces to quickly react anywhere in the country. When infiltrating a base perimeter, they would often try to destroy every single one.