Today in military history: ‘Old Ironsides’ earns her name - We Are The Mighty 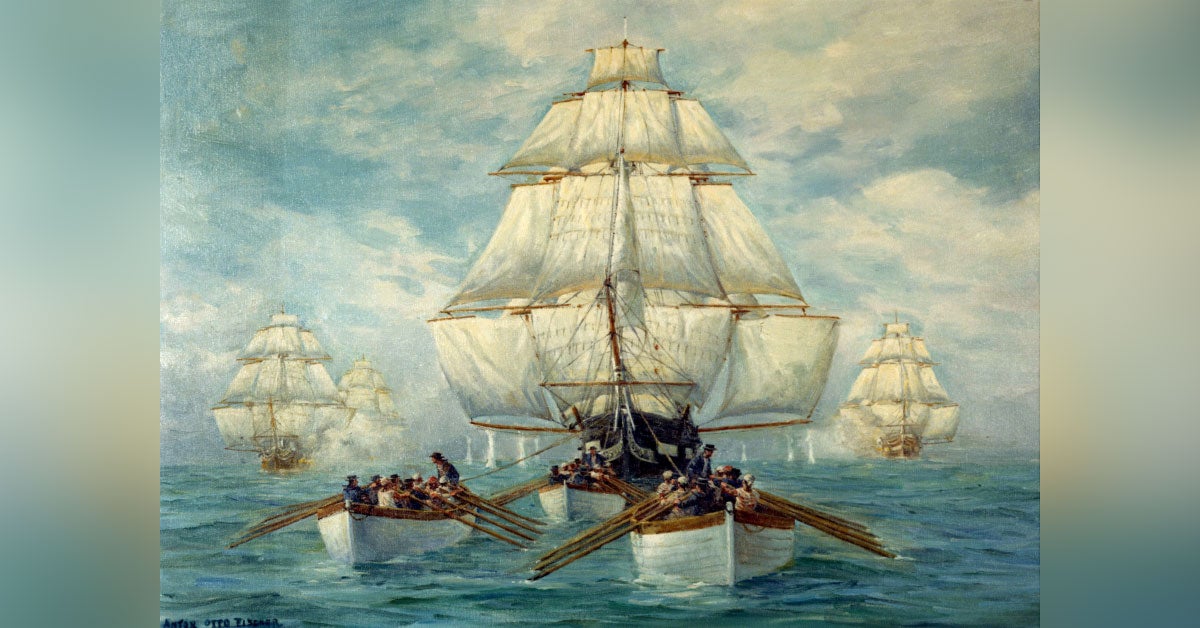 On Aug. 19, 1812, the U.S. Navy frigate Constitution defeated the British man-of-war Guerrière, earning the nickname “Old Ironsides” — but make no mistake, the USS Constitution is a wooden ship.

The Constitution is currently the oldest active ship in the U.S. Navy today. Launched in 1797, she was one of the earliest ships to enter service with the fledgling Navy. Ordered as a heavy frigate as part of the Naval Act of 1794, the Constitution and five other similarly configured ships were to be the backbone of the new Navy — heavy warships that other, smaller, ships could support and rally around.

Though slated to carry 44 guns (cannons of varying sizes), sailors often crammed more than 50 aboard the vessel when it was put out to sea. Three masts, decked out with massive sails, would provide the propulsion needed to drive the nearly 1600-ton ship through the rough Atlantic waves.

It was early in the war of 1812 when the Constitution encountered the British warship Guerrière about 600 miles off the coast of Boston. For twenty minutes, the two vessels barraged each other with heavy gunfire before the British frigate was de-masted.

Scrambling over the upper and the gun decks of both ships were sailors and Marines, frantically reloading their weapons for the next salvo. Aboard Constitution, sailors watched as 18-pound cannonballs whistled through the air, bracing for an impact that would certainly penetrate the walls of the ship, killing and maiming anybody in their way.

Eyewitnesses claimed the British shots merely bounced off the Constitution’s sides as if they were made of iron rather than wood, thus earning her famous moniker.

Old Ironsides would go on to capture or defeat seven more British vessels during the War of 1812. She remains the world’s oldest commissioned warship afloat, and one of the most beloved vessels. Probably.