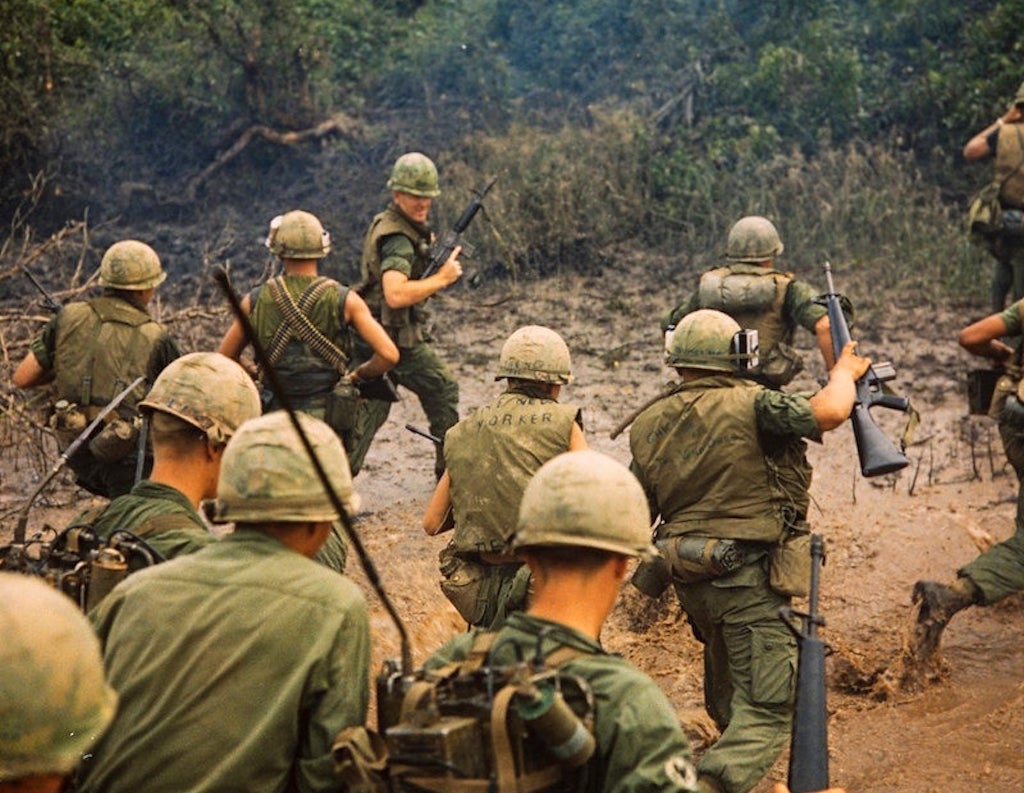 Colonel Paris Davis is one of the first Black officers to earn the coveted Green Beret of U.S. Special Forces. In the 1960s, America underwent the trials of the civil rights movement and the Vietnam War, both of which Davis took head on. “I said, ‘Look, you can call me Captain Davis, but you can’t call me a n****r,'” he said of his experience as a Black officer. In spite of the discrimination that he faced, Davis was a bonafide hero.

On May 13, 1965, Davis earned the Soldier’s Medal for actions at Bong San. An aviation fuel truck jackknifed and rolled on its side, pinning the driver against the steering wheel. He reacted quickly and ordered his men to stay clear of the truck. With complete disregard for his own safety, Davis ran to free the driver from the now burning truck. Despite the driver’s pleas to abandon him, Davis refused to leave a man behind. His citation reads, “Major Davis worked his comrade loose and then carried him away from the truck just as it exploded.” The award was presented in 1968, by which time Davis had been promoted to Major. Davis is a real-life action hero and his story only get better.

The month after his heroic rescue of the fuel truck driver, Davis commanded what would become a 19-hour raid and a fight for survival. On June 18, Davis led an A-Team of 90 men to hit what they thought was a Viet Cong camp. However, it turned out to be a group of 4,000 North Vietnam regulars. In 1965, it was rare for U.S. troops to come across conventional soldiers. Still, Davis and his men hit and hit hard. “We were stacking bodies the way you do canned goods in a grocery store,” Davis said of the raid. Absolute badass. However, things soon went wrong for the A-Team.

During the raid, Davis was wounded by enemy gunfire and grenade shrapnel. He wasn’t the only one who got hit. Two of his men, Billy Waugh and Robert Brown were gravely wounded. Waugh was hit in the knee, foot, ankle, and head, and so was Brown. “I could actually see his brain pulsating. It was that big,” Davis recalled of Brown’s wound. “He said, ‘Am I gonna die?’ And I said, ‘Not before me.'” With the raiders under heavy fire, Davis was ordered to withdraw. “Sir, I’m just not gonna leave. I still have an American out there,” was Davis’ reply. Refusing to abandon his men, Davis disobeyed the order. Another Green Beret on the raid, Ron Deis, recalled Davis’ commitment to his men. “Captain Davis refused and said, ‘No, I’m not leaving while I still have men out on the field,'” he emotionally recalled.

During the fighting, Waugh became separated from the team and lost consciousness. He was stripped naked and left for dead by the Vietnamese soldiers. Davis, with the help of a Sgt. First Class John Reinburg, carried Waugh to a hill where they could be extracted by helicopter. As Reinburg crested the hill above Davis and Waugh, he stood up to catch his breath. As soon as he did, he was shot twice and fell. With Reinberg dead, the wounded Davis carried Waugh by himself on his shoulders to the Huey and got him out of there.

For his actions during the raid, Davis was recommended for the Medal of Honor by his commander, Billy Cole. However, the paperwork vanished. An army review in 1969 revealed no such file for Davis. The recommendation was resubmitted following the review. However, army records still showed no paperwork for Davis’ Medal of Honor. In an effort to recognize Davis’ heroism, many of the soldiers who served under him lobbied Congress. Waugh, who went on to serve in special forces and the CIA until Operation Enduring Freedom, submitted a statement in 1981. “I only have to close my eyes to vividly recall the gallantry of this individual,” he wrote.

Davis’ heroism in Vietnam cannot be overstated. His dedication to the mission and his men embodies everything that the army and the Green Berets stand for. “When you’re out there fighting, and things are going on like that, everybody’s your friend, and you’re everybody’s friend,” Davis said of combat. “The bullets have no color, no names.” An expedited review of Davis’ twice-lost Medal of Honor nomination has been submitted. When asked what it would mean to him to receive the medal, Davis said, “It would mean all the things that I haven’t been able to dream about.”