A hidden Civil War fort in Queens, NY is the reason the Corps of Engineers have the insignia they do - We Are The Mighty

A hidden Civil War fort in Queens, NY is the reason the Corps of Engineers have the insignia they do 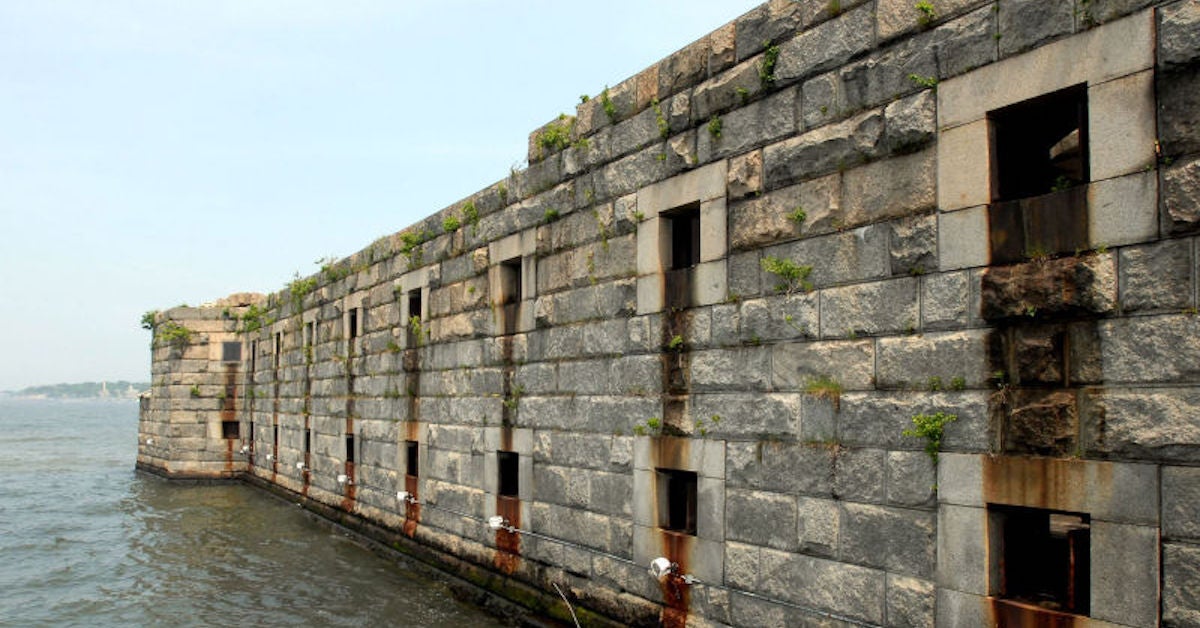 What does a building supposedly designed by Robert E. Lee have to do with the US Army Corps of Engineers insignia? More than you think.

Fort Totten is a stunning piece of land located on Cross Island Parkway between Totten Avenue and 15 Road in Queens, New York, which is actually an abandoned Civil War fort – hidden in plain sight.

It’s even on the MTA subway map, even though it’s partially obscured by the legend explaining the different symbols on the map mean.

The underfunded and almost obscure city park is located in the Bayside area of Queens. As a military installation, it was built in 1862 to protect against Confederate ships from approaching New York via the East River.

Fort Totten was initially called Fort at Willets Point. The government purchased the land in 1857 from the Willets family, but the name was changed to Fort Totten in 1898. The original intent of Fort Totten was to defend the East River, but it was also to add auxiliary support to Fort Schuyler, which faces the East River in the opposite direction. Fort Totten was part of several installations of seacoast defense in the US that started during the first year of the Civil War. The initial design was created by Robert E. Lee in 1857 and modified by Chief Engineer Joseph G. Totten, where the installation got its name.

Fort Totten was designed with four tiers of cannons facing the water, for a total of 68 defensive guns. The only other installations in the US to share this feature are Castle Williams, Fort Wadsworth, and Fort Point.

Construction on Fort Totten was abandoned after the Civil War, in part because masonry forts were considered obsolete after the war. Only one tier and part of a second tea of the two seacoast walls were completed.

When the United States entered WWI, coastal defensive installations got an upgrade. Because threats from German shifts seemed unlikely, these installations became mobilization and training centers. Garrisons were reduced to provide trained heavy artillery crews for the Western Front.

After WWII, Fort Totten’s last heavy armament, the mortars of Battery King, were removed, and the Harbor Defenses of Eastern New York were inactivated.

In December 1941, Fort Totten became the headquarters for the anti-aircraft portion of the Eastern Defense Command. Then in 1954, the installation became a Project Nike air defense site. No Nike missiles were located at Fort Totten, but it was the regional headquarters for the New York area. By 1966, it was home to the 1st Region, Army Air Defense Command. It also headquartered the 66th Anti-Aircraft Missile Battalion and the 41st AAA Gun Battalion.

Currently, the 77th Sustainment Brigade, subordinate units, and the 533rd Brigade Support Battalion of the Army Reserve call Fort Totten home. But most of the installation is a public park and open for tours. Most of the Civil War-era buildings are in ruins, giving Fort Totten an old world-new world sort of offset vibe. Visitors can also explore the Cold War era buildings, including a movie theater, former officer’s quarters, a laboratory, and a hospital. The entire area has a spooky stopped-in-time feel, especially if you’ve never seen any old military ruins.

In the middle of the part is a building called The Castle, which was once the officer’s club. Now it’s home to the Bayside Historical Society. The Castle hosts historical exhibitions, cultural programs, and events. In 1986, The Castle was listed on the National Register of Historic Places. Like the rest of the Civil War buildings, The Castle was designed by Robert E. Lee in his pre-Civil War capacity as a military engineer. Some historians suspect that Lee didn’t actually design it, just signed off on the plans.

The building was designed in a neo-Gothic style and wasn’t created specifically for Fort Totten but was the approved generic design for use in all military installations during that time. Identical structures could be found at installations around the country during that time, and the Corps of Engineers eventually adopted the design as their insignia.