How a single Canadian soldier captured 160 Nazis in one day 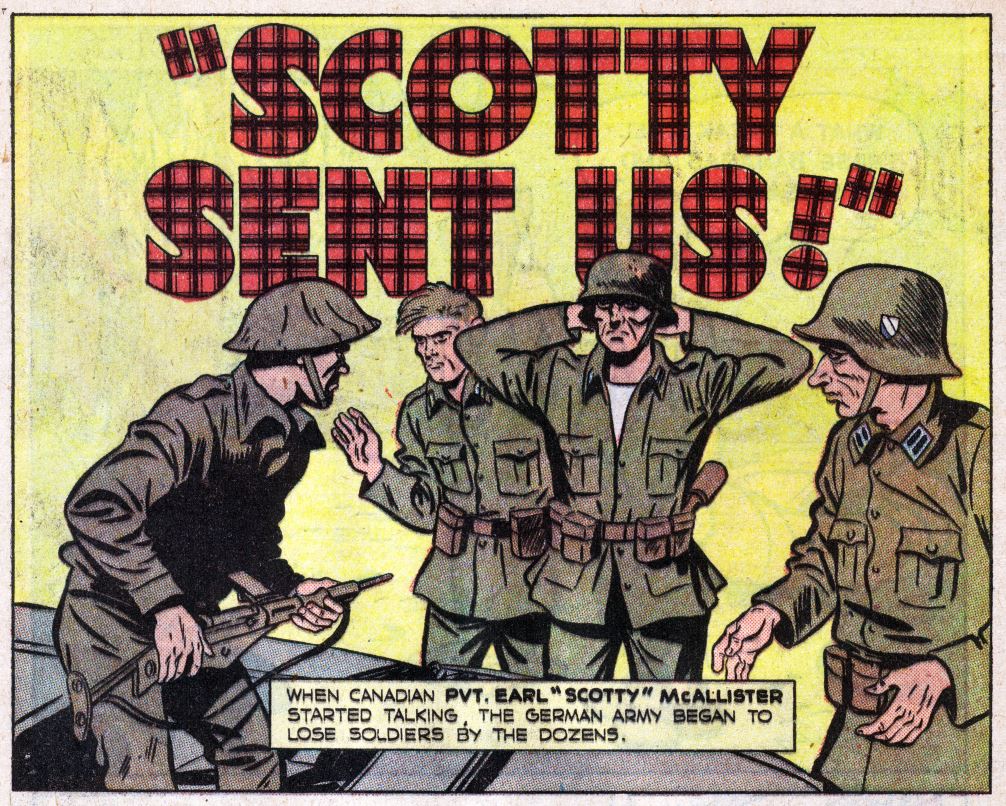 Fortune favors the bold, especially on the battlefield. One of the boldest was Earl Henry McAllister of Hamilton, Ontario, who went by the nicknames “Mac” or “Scotty.” On September 11, 1942, McAllister enlisted in the Royal Canadian Air Force. However, he was washed out after a weak nerve was discovered in his ear. Undeterred, McAllister joined the infantry and was assigned to Princess Louise’s Argyle and Sutherland Highlanders of Canada.

McAllister was just 19 years old when he enlisted. At 5’3″ and weighing 135 pounds, his sister, Joyce, recalled that the Highlanders had trouble finding a uniform that would fit him. “He got the shortest kilt he could find. He pulled it up under his armpits and put a belt on to hold it up and then put his jacket on,” she told The Hamilton Spectator. “He was so proud of that uniform.”

Despite his stature, McAllister was a capable athlete and showed great intellect and potential as a soldier. His personnel record noted that after just 6 months with the Highlanders, he was recommended for an NCO course.

McAllister’s personal drive could be seen in his determination to serve his country well. Before he left for the war in Europe, he told his parents, “Either I come back a hero or I won’t come back at all.” By February 1944, McAllister and the Highlanders’ 2nd Battalion were overseas preparing for the invasion of Normandy.

Although McAllister was not part of the initial beach landings on D-Day, he joined the fighting shortly after. One morning, Pvt. McAllister was driving a couple of German POWs back to a British camp in a captured Wehrmacht car when he was ambushed by more Germans. McAllister sprang into action and charged the enemy. After a brief exchange of fire, the lone Canadian took the Germans prisoner.

Continuing back to camp with his now slightly larger group of POWs, McAllister came across a French fighter who informed him of a group of Germans hiding in the woods nearby. With great confidence, McAllister instructed his 5 prisoners to continue walking toward the camp unguarded. Incredibly, they followed his instructions and turned themselves over to British soldiers.

After sending his prisoners on their way, McAllister drove the captured German car down a woodland road until he received artillery fire. Canadian guns, mistaking him for a German, forced McAllister to ditch the German car and continue into the woods on foot. When he located the hidden Germans, McAllister fired over their heads and demanded their surrender. After throwing down their weapons, McAllister instructed the Germans walk to the British camp unguarded. Like the prisoners before them, the 25 Germans obeyed.

Wary that there could be more enemy soldiers hiding in the woods, McAllister continued his search and came across 60 more Germans. Again, he fired over their heads, accepted their surrender, and sent them on their way to the camp unguarded.

McAllister was again approached by a French fighter who informed him of a large group of Germans with a Tiger tank nearby. However, upon scouting the position, McAllister discovered that reported Tiger was actually just an armored car. Seeing no need to gather reinforcements, McAllister commandeered the armored car and demanded the surrender of another 70 Germans; they obeyed. With great strength, confidence, and courage, McAllister captured 160 Germans in a single day.

Word of McAllister’s exploits spread like wildfire. He was the subject of a news reel that depicted him on a captured German 105mm anti-tank gun while holding a Luger pistol as well as Germans captured by him marching. There was even a comic printed about him called “Scotty Sent Us.” The comic’s title refers to reports that at least one of the groups of German POWs reported to the British camp saying, “Scotty sent us.”

With part of his prophecy fulfilled, McAllister was a bona fide war hero. However, he was not entirely correct in his pre-deployment prediction. Although McAllister survived the Normandy campaign, he was later killed in Belgium on October 20. Rapidly promoted after his success in Normandy, Lance-Sergeant McAllister was attempting to rescue one of his wounded soldiers when he himself was shot and killed. He was buried in a temporary grave in Belgium and now rests at the Bergen-op-Zoom Canadian War Cemetery in the Netherlands.