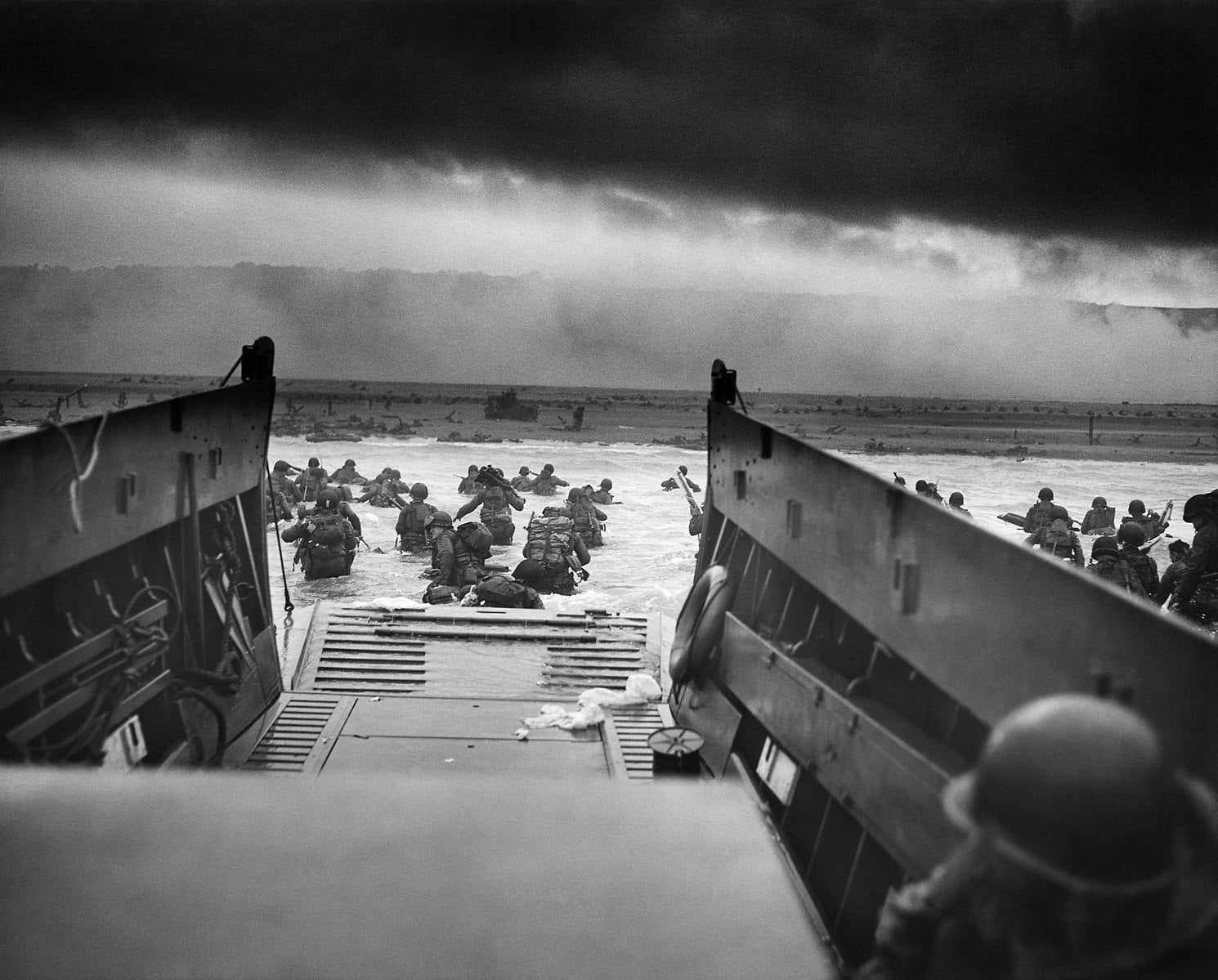 Into the Jaws of Death: Men of the 16th Infantry Regiment, US 1st Infantry Division wading ashore on Omaha Beach on the morning of 6 June 1944.

When you’re fighting a global conflict alongside two other countries, one of them get knocked out of the war, and the third suddenly has an existential threat introduced to it overnight, one might think you’d be a little bit worried about the future sustainability of your war effort. That was the situation Japan was in on June 6, 1944. Instead of showing concern about the future of the Axis Pact, its response was downright optimistic.

By June 1944, the war was not looking good for the Axis. In 1943, one of the key members of the Axis Pact, Italy, announced its unconditional surrender to Allied forces. Italy was split in two, with the southern part of Italy remaining loyal to the king and joining the Allies while the northern forces, occupied by Nazi Germany, continued fighting for the Axis.

The Germans fared much better. Although its vaunted Afrika Korps was pushed out of North Africa, it maintained a tight grip on Western Europe. Despite setbacks against the Soviet Union in the east, the German war effort was still ongoing and its outlook positive with Eastern European allies joining to fight the Soviets.

Japan had been on the defensive since the Allies seized the initiative at sea during the 1942 Battle of Midway and on land after losing Guadalcanal in 1942 and New Guinea in 1943. Allied submarines were strangling Japanese shipping and the U.S. island-hopping campaign was bypassing and isolating some key Japanese forces in the Pacific.

When the Allies landed on the beach of Normandy, established a beachhead, and began to move inland, it should have caused alarm bells to ring all across Tokyo. Instead, the Japanese Empire’s military minds began to think of the advantages a new Allied front in Western Europe might bring them. They even began planning for a renewed effort to reclaim the initiative in the war.

It’s a trap that even the best military minds might fall into, thinking the most recent war might end up being exactly like the last war. Japan believed the Allies would end up being bogged down in trenches in Western Europe, the way they were bogged down during World War I. the Japanese High Command didn’t flinch at the setback suffered by its German allies. They began to look at their plans to reconquer the Pacific region and Asia.

Part of this refocus required the effort of the Japanese people, so news of the Allied landings was suppressed in Japan. Japanese civilians did not know about the landings or how much success the Allies were achieving on the shore of the English Channel. If they had, those civilians might have realized how monumental the victory was on a global scale.

The truth is that Japan and Germany were never natural allies. They had similar forms of government, but cooperation and communication between Berlin and Tokyo was never that important to either government, otherwise, the two sides would have coordinated attacks on British Pacific possessions along with the German attack on the British Isles. They didn’t share weapons technology or diplomatic plans. At the most, Japan expected the German Army to fight to the last man, the way they were.

After D-Day, however, Japanese hopes of a renewed offensive waned. Its forces were soon fighting against American invasions of Saipan and Guam, both of which took just over a month to complete. With those islands, the U.S. could bomb the Japanese mainland, decimate its war production, and bring an end to the war.