Today in military history: First atomic cannon is fired - We Are The Mighty 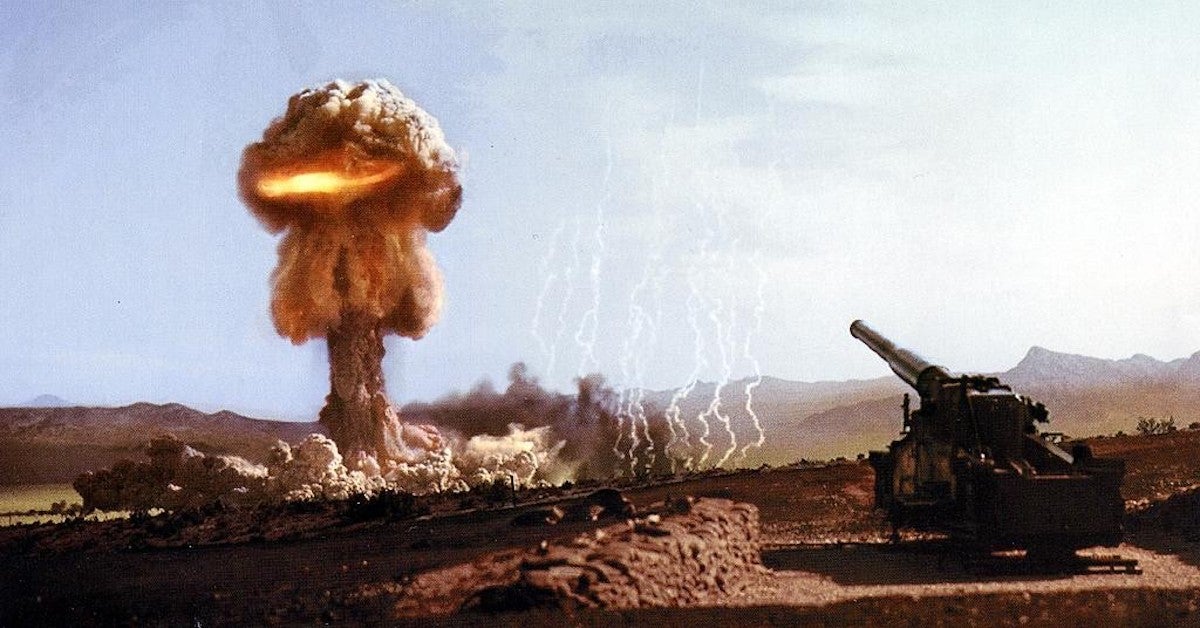 On May 25, 1953, the Army fired its first Atomic cannon, setting off a 15-kiloton explosion during the Operation Upshot-Knothole test series at the Nevada National Security Site.

The M65 “Atomic Annie” packed 110-pounds of weapons-grade uranium into an 803 pound artillery shell, allowing artillerymen to create Hiroshima-sized explosions in 30 minutes from when they stopped their truck to when they were rolling away again.

On May 25, the Army was keen to see whether its atomic cannons worked as advertised and sent a crew to Frenchman Flats, Nevada, to test it out. They drove their 84-foot long artillery piece to the site and aimed its 28.5-foot barrel towards the target area.

The Army positioned a camera to catch both the firing of the weapon and the detonation of the warhead in the same shot. The round took only 19 seconds to travel 6.25 miles to the target, which was destroyed in a massive mushroom cloud. The projectile detonated 524 feet above Frenchman Flat and is the only nuclear device ever fired from a cannon.

The M65 was immediately sent into service in Germany and South Korea where it would act as a deterrent to Communist invasion.

Fortunately, it was never used.

Twenty cannons were eventually made, but over the years, their value depreciated rapidly. The cannons were heavy and confined to well-paved roads. Quick development of atomic weapons in smaller calibers eventually made the weapon obsolete. Today, four cannons still exist, including Atomic Annie at Fort Sill.