How – and why – the Tomb of the Unknown Soldier was created 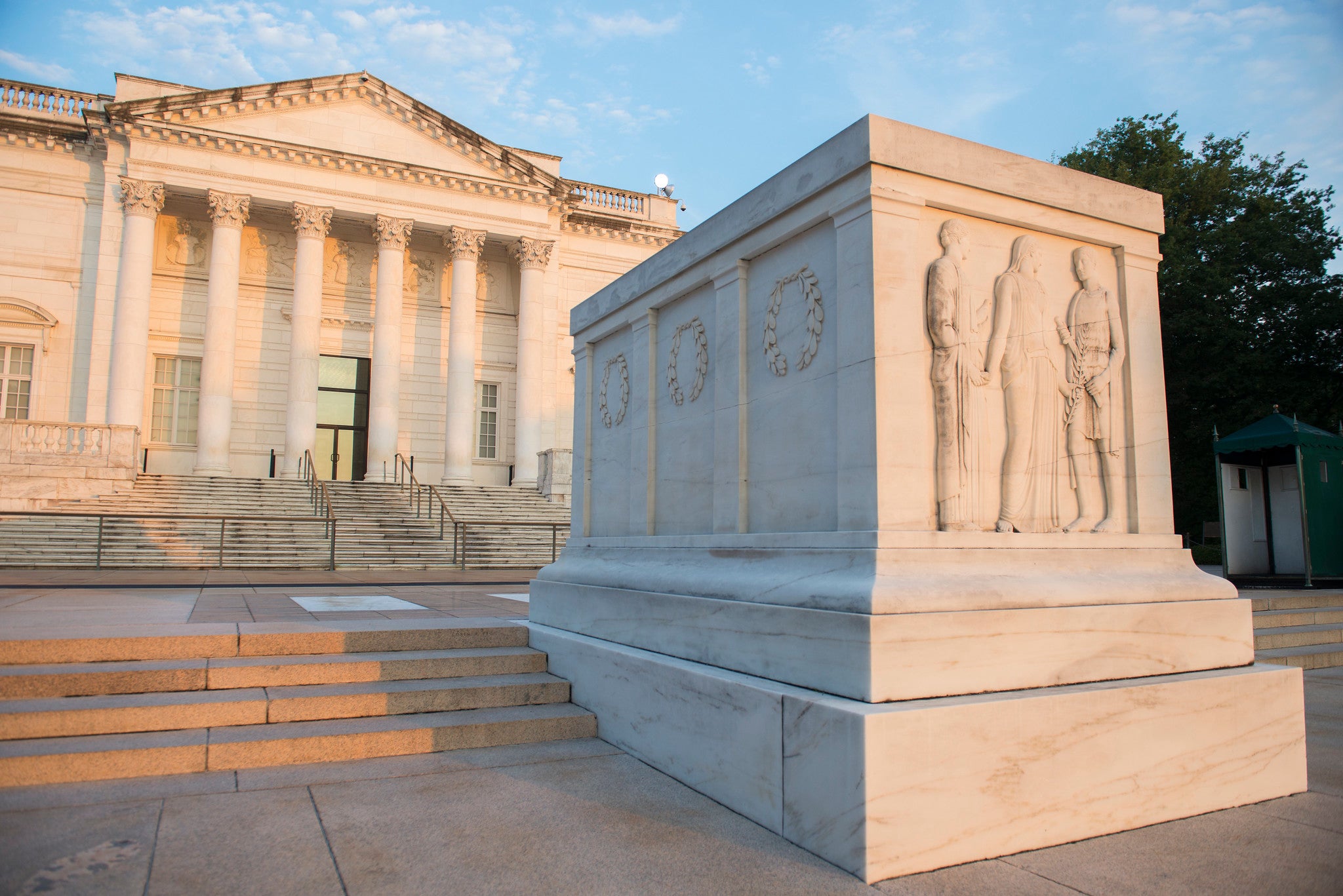 Throughout the history of warfare, there have been battlefield casualties who could not be identified. Whether it was due to poor record keeping, hasty burials in mass graves, or the horrific damage inflicted from combat that rendered them unidentifiable, these soldiers made the ultimate sacrifice and were buried as unknowns.

In 1862, the United States established the system of national cemeteries to ensure a proper burial for all service members. Still, the Civil War left many unknown casualties in its wake. Arlington National Cemetery is the final resting place for individual Civil War unknown dead as well as 2,111 Union and Confederate soldiers buried beneath the Tomb of the Civil War Unknowns.

The Spanish-American War introduced the American policy of repatriation which brought the nation’s war dead home for burial. To make this possible, The Army’s Quartermaster Corps established a burial corps to keep records of the casualties, oversee their burial overseas and repatriate them to the United States. Although this increased identification rates, there were still fallen Americans who went unidentified.

During WWI, American troops were issued aluminum identification discs, the precursor to dog tags, to aid in the identification of remains. The Graves Registration Service was also created under the Quartermaster Corps to oversee burials and keep records of them. When the war ended, America was faced with the challenge of how to repatriate over 100,000 casualties. By comparison, fewer than 3,000 casualties resulted from the Spanish-American War.

The American government gave two options to the families of fallen service members. They could either have the body of their loved one returned to the States at no cost to them or have their dead buried at one of the permanent U.S. military cemeteries to be established in Europe. France and Great Britain, who suffered significantly higher casualties than the United States, could not enact such a policy. Their casualties were barred from repatriation. To ease the pain of their citizens, France and Great Britain repatriated the bodies of one unknown casualty each on Armistice Day, November 11, 1920. Great Britain buried its unknown soldier inside Westminster Abbey while France buried theirs at the base of the Arc de Triomphe. The unknowns stood in place of the casualties who would not return home.

In December 1920, New York Congressman and WWI veteran Hamilton Fish Jr. proposed legislation to repatriate one unknown American casualty from Europe and inter them in a special tomb at Arlington. The purpose of the legislation was to “to bring home the body of an unknown American warrior who in himself represents no section, creed, or race in the late war and who typifies, moreover, the soul of America and the supreme sacrifice of her heroic dead.”

In October 1921, the bodies of four unknown American service members were exhumed from different American cemeteries in France. On October 23, the four caskets arrived at the city hall of Châlons-sur-Marne, France, now known as Châlons-en-Champagne. The next morning, Quartermaster Corps Maj. Robert P. Harbold, along with French and American soldiers, rearranged the caskets so that they all rested on different shipping cases than they had arrived in. To further the randomization the selection, Maj. Harbold chose Sgt. Edward F. Younger of Headquarters Company, 2nd Battalion, 50th Infantry, American Forces in Germany, to select the Unknown Soldier. Sgt. Younger made his choice by placing a spray of white roses on one of the caskets.

With the Unknown selected, the casket was transported by caisson and rail from Châlons-sur-Marne to the port of Le Havre. At the port, the casket was loaded onto the USS Olympia and sailed across the Atlantic to the Washington Navy Yard. The Unknown arrived in Washington, D.C. on November 9, 1921 and lay in state in the U.S. Capitol Rotunda. The next day, roughly 90,000 visitors came to pay their respects.

On November 11, the Unknown was placed on a horse-drawn caisson and carried in a procession through D.C. and across the Potomac to Arlington. A state funeral ceremony was held at the Memorial Amphitheater before the Unknown was interred in the Tomb of the Unknown Soldier. Two minutes of silence were observed nationwide at the start of the ceremony. President Warren G. Harding officiated and placed the Medal of Honor on the casket along with foreign dignitaries who placed their own nation’s highest military awards.

The original Tomb of the Unknown Soldier consisted of a simple stone slab. Visitors were also allowed to pay their respects at the Tomb in its early years. It was not until 1926 that Congress authorized the completion of the Tomb. The assembly of the marble Tomb as we know it today began in September 1931. It was completed without a formal ceremony on April 9, 1932.

A civilian guard was first posted to the Tomb in 1925 specifically to prevent families from picnicking on the stone slab. The first military guard was posted the next year on March 25. However, the 24-hour guard was not posted until midnight on July 2, 1937. Since then, the Tomb of the Unknowns has been guarded 24/7 through blizzards, hurricanes and even terror attacks.