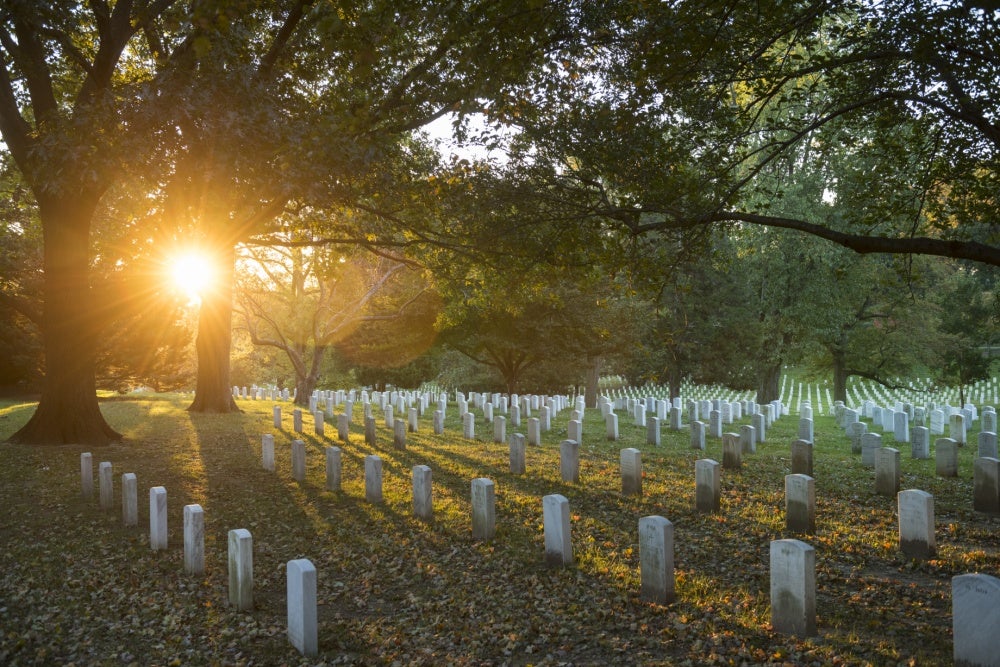 Arlington National Cemetery is a well-known tourist spot in which soldiers and civilians alike can pay their respects. The military cemetery is known for the perfectly aligned headstones, the ceremony of guards and the Tomb of the Unknown Soldier. These, of course, are only a few of the features of Arlington National Cemetery. It’s a massive 639 acres that was established during the Civil War.

How the land got its start, however, is far less known … yet extremely interesting. The acreage has an entire historical background of significance that the general public knows little about.

After the death of Martha Washington’s first husband, Daniel Parke Custis, she was left in charge of five plantations, including the land that would eventually become Arlington National Cemetery. The land was passed down to her son (who died young) and later grandson, George Washington Parke Custis, when he turned 21, being conceived to be “of age” to become a landowner.

In 1802, he began building the Arlington House, naming it after his family’s original home, Arlington Gloucestershire in England. The estate was then left to Custis’s daughter, Mary Anna (Martha Washington’s great-great grandaughter), who happened to be married to Robert E. Lee. Mary Anna’s inheritance allowed her to live on the property, but gave no rights to sell the property or any of its parcels.

The Lees occupied the land, living in what was known as the Custis-Lee Mansion for years, including during Lee’s time in the U.S. military.

However, Lee resigned his post in April of 1861 upon the start of the Civil War, when he took command of military forces within the Commonwealth of Virginia, which later became the Army of Northern Virginia.

The Lee estate is populated by the Union

At the start of the war, Confederate forces stayed upon the Arlington land and buildings. An order was put out by the Union forces to remove anti-Union military from Alexandria, Virginia. Under the impression that the home would soon be captured, soldiers retreated and Mary Anna Lee begrudgingly left her home. It’s said that she buried family treasures before leaving for her sister’s home in Fairfax County. The grounds of Arlington were then soon taken by Union forces.

As the Civil War raged on, military cemeteries were filling up and the government was looking to acquire new land in which Union soldiers could be buried. With eyes on the Arlington land (it sat above flood plains and had a view of Washington D.C.), it was soon noted that the Lees had not paid their taxes. For Union forces, it’s said that the land fulfilled two boxes: 1) it was ideal for burial grounds and 2) it was a dig at General Lee to use his family land to bury the soldiers whose lives he’d taken.

Military burials began in June of 1864, and the land was desegregated in 1948.

After the end of the war and the death of Mary and Robert Lee, the estate was willed to their eldest son, Custis Lee. He sued the U.S. government for ownership of the land, a case that made it to the Supreme Court. In 1882, they ruled 5-4 in his favor, deciding that “Arlington had been confiscated without due process.” The land was returned to Custis Lee. However, now covered in graves, he had no use for the property. In 1883 he sold the land back to the U.S. for $150,000 ($2.5 million today), wherein the cemetery was named part of a military reservation.