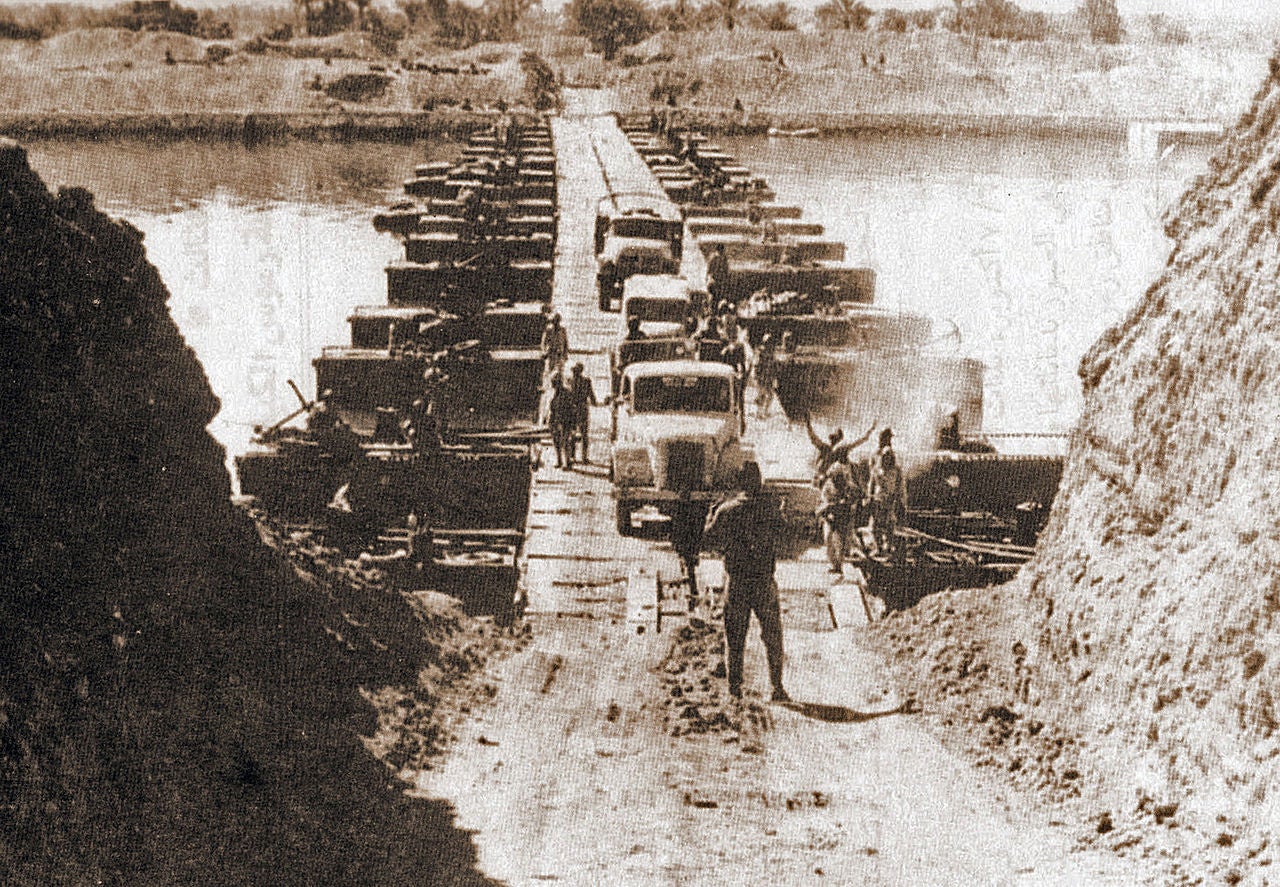 In 1973, Egypt and Syria launched a surprise attack on Israel on Oct. 6, 1973 with the goals of recovering the Sinai Peninsula for Egypt and the Golan Heights for Syria. Both territories had been lost in the previous conflict between Israel and its Arab neighbors, the 1967 Six-Day War.

The day of the invasion came as a complete surprise to the Israelis. Not only was it Yom Kippur, one of the holiest days of the Jewish calendar, it was also during the Islamic month of Ramadan, when Muslims are supposed to fast during the daylight hours.

Although the initial attack was a stunning success, the weeks that followed went far less well for the Arabs. Their stunning success in the beginning of the war only made their final defeat all the more embarrassing. No single event demonstrates this better than two tank battles, one on each front.

When the war kicked off in 1973, Egypt made a stunning crossing of the Suez Canal, catching the Israel Defense Forces completely off-guard. The Egyptians drove deep into Israeli-held territory at a lightning pace. It threatened to completely unravel the IDF’s capabilities in the Sinai and could even penetrate into Israel itself.

On the Syrian front, a massive air and artillery barrage opened the war in the east. Syrian tanks poured across the border, into the Golan Heights. Paratroopers captured sensitive Israeli intelligence outposts and mobile anti-aircraft batteries protected them all from Israeli air cover. Although also initially successful, the Syrians would be the catalyst for the Arabs’ ultimate defeat.

The Syrians crossed the border with more than 500 tanks at the head of their army. They would attempt to lock the Israelis into a pincers movement as they split to the west and north. At first, Israelis there didn’t realize there had been a complete breakthrough and that the Southern Golan had been captured. Galilee was threatened and there was no one there to stop the Syrians.

Eventually, the Israelis were able to bring more armor to bear. Only 100 Israeli Centurion tanks stood between Israel and a catastrophe. Fighting raged on through the night and by morning, the number of burning tank hulls in the valley earned it the nickname “Valley of Tears.” For the next four days, outnumbered Israeli armor gave the Syrians a beating. 500 Syrian tanks were burning and Israel would cross into Syria, coming within 40 miles of Damascus.

The failure of the Syrians in the east forced Egyptian President Anwar Sadat to pressure his armies to advance without the anti-aircraft umbrella that allowed them to advance so far so fast into the Sinai. 1,000 tanks advanced with only Egypt’s Air Force to protect them from the air.

Egyptian armor advanced on Oct. 14, just one week after the start of the war. It mounted a head-on assault on all fronts in what was the largest tank battle since the World War II Battle of Kursk. Israeli tanks not only blunted the assault and destroyed 250 Egyptian tanks but turned the tide of the war completely in Israel’s favor. The IDF drove the Egyptian forces out of the Sinai, back across the Suez Canal and drove them almost all the way to Cairo before the Arabs sued for peace.