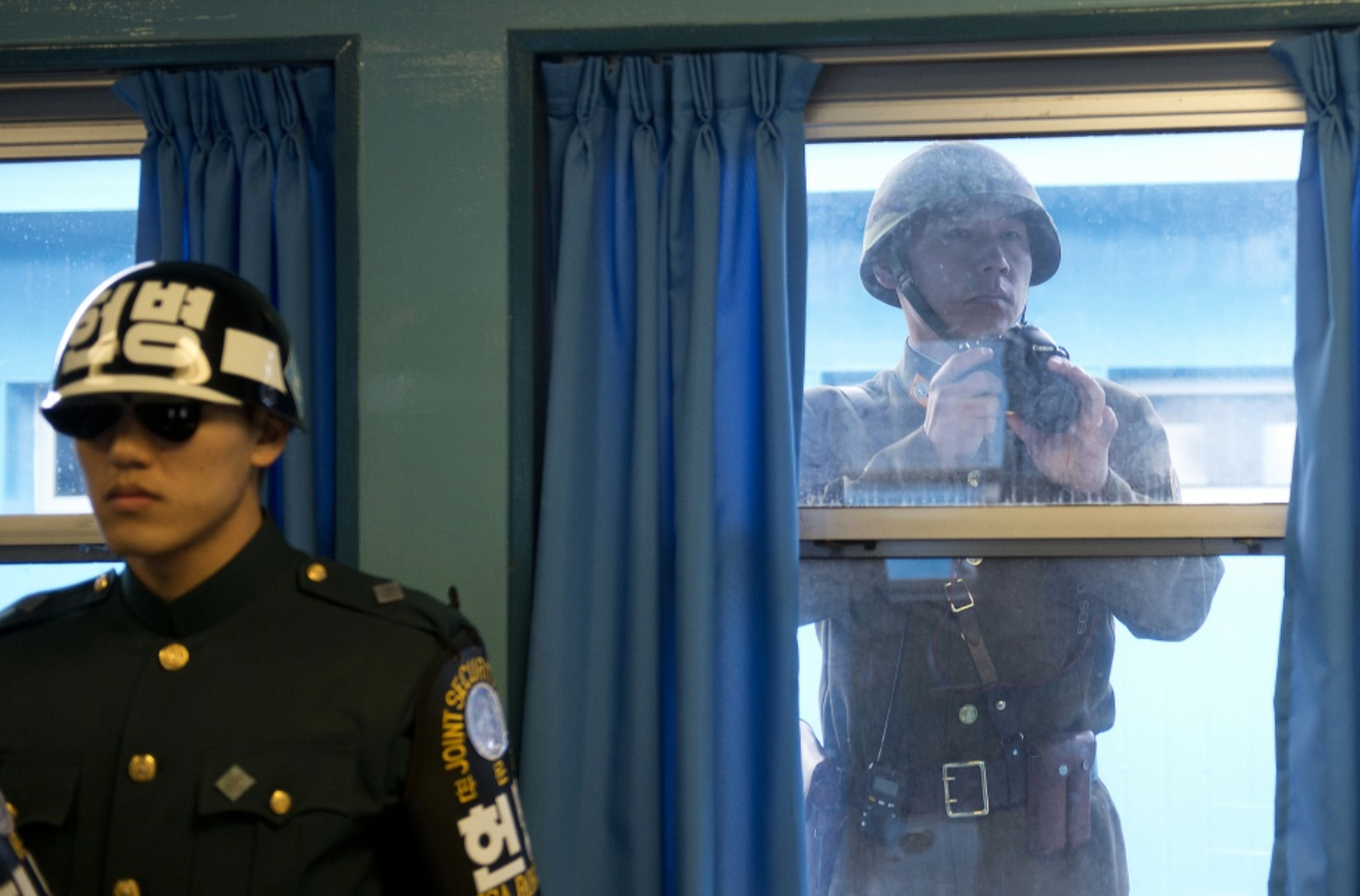 The Korean War began on June 25, 1950, when North Korea suddenly and unexpectedly invaded South Korea. Their first stop was the 24th Infantry Division stationed at Taejon. Since the U.S. and South Korean armies were already exhausted from trying to stop the North Korean People’s Army every step of the way from the border, Taejon didn’t stand much of a chance.

But to hear the North Koreans tell the story of Taejon, you’d think the Americans started the war and that Taejon was “liberated” when the KPA captured the city after a week of fighting. That’s what Singaporean tourist Aram Pan learned on a visit to North Korea’s Victorious Fatherland Liberation War Museum.

Pan uploaded a video of his visit to the Victorious Fatherland Liberation War museum in May of 2020. There, he saw a massive panoramic diorama of the Battle of Taejon from the North Korean point of view. The tour was led by a North Korean tour guide wearing the uniform of the Korean People’s Army.

“The U.S. imperialists provoked the Korean War on June 25, 1950,” said the guide. “Our soldiers liberated Seoul, the enemy’s capital on June the 28th, 1950, only three days after the outbreak of the Korean War.”

What the tour guide said is mostly accurate. The war did start on June 25th and North Korea did capture Seoul on the 28th of June.

“After losing Seoul, the enemy went to Taejon city as their second capital,” she continues, “and they were going to block the advance of our soldiers in the Taejon area.”

This is also mostly correct. The North Koreans did advance on Taejon after taking Seoul, and the Americans did stand a Taejon in an attempt to block the North Koreans from advancing further south. But there’s nothing different about that battle plan. Most defending armies in a war are going to try to block the advances of an invader.

The guide then shows off the massive panoramic display that was created in 1974. The exhibit shows what it would have looked like if you had been standing on a southwestern hill two kilometers away from Taejon during the June 14-21, 1950 battle there.

It also depicts what the North Koreans are taught about the Korean War. The guide says that President Kim Il-Sung personally oversaw the Battle of Taejon from Seoul. It’s highly unlikely Kim was so close to the fighting at the time. It was important to him to unify the Korean Peninsula under his regime, but Taejon was just another city to take from the Americans.

Kim Il-Sung and his son Kim Jong-Il probably enjoyed hearing this when they visited the exhibit’s opening in 1974, but it’s factually inaccurate.

“This battle was very famous because at this battle, the enemy’s technical superiority was defeated by our tactical superiority under the wise command of President Kim Il-Sung,” the guide continues.

The panoramic exhibit is 50 feet high, 433 feet long, and 137 feet in diameter but it gives a 25 mile view of the battlefield. The Victorious Fatherland Liberation War Museum also features a number of captured or destroyed aircraft, tanks, and other vehicles from the United Nations and United States – of which it claims to have destroyed more than 10,000.