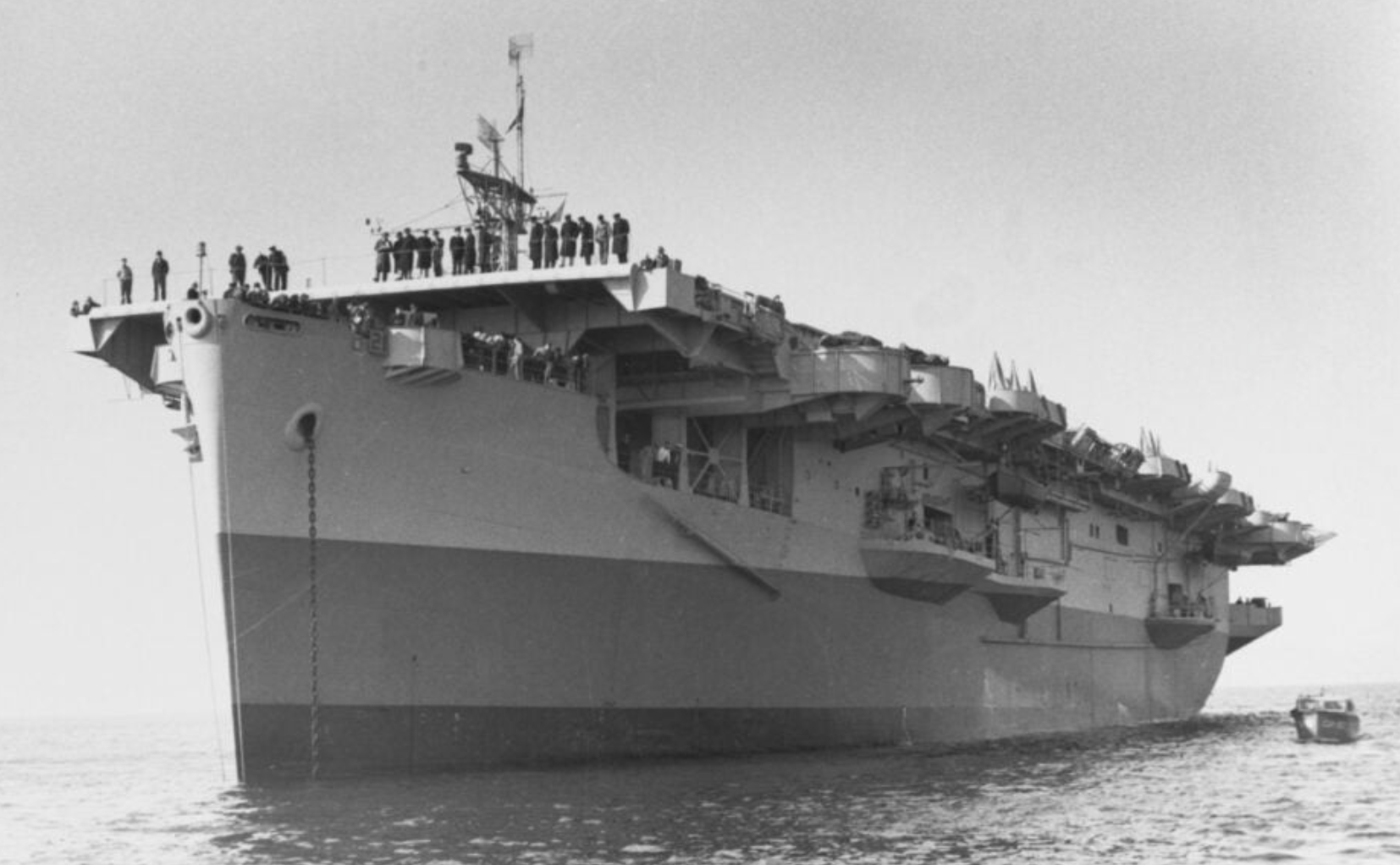 While naval combat during WWII is often associated with great battles like Midway and Leyte Gulf, the ships in the Atlantic saw their share of action as well. German submarines hunted Allied convoys carrying vital war materiel to Britain and the Soviet Union. To combat them, anti-submarine hunter-killer groups were formed with fast destroyers and naval aircraft flying from escort carriers.

Smaller and slower than fleet carriers, escort carriers lacked the speed to keep up with battleships and cruisers. However, with a small but capable wing of aircraft, they excelled at escorting convoys by deterring enemy submarines and planes. USS Block Island (CVE-21) was a Bogue-class escort carrier that joined the Atlantic Fleet in 1943. She could carry up to 24 aircraft which was usually a mix of F4F Wildcat fighters and TBF Avenger torpedo-bombers.

However, the carrier’s good fortune would not last. On May 29, 1944, U-549 slipped past Block Island‘s escorts and attacked her at 2013 hours off the Canary Islands. The submarine fired three torpedoes, two of which found their mark. Six of Block Island‘s sailors were killed in the explosions and the ship eventually sank. The 951 survivors were rescued by the escort screen. When Block Island was sunk, six of her Wildcats were in the air. With no place to land, the aviators tried to reach the Canary Islands but ran out of fuel and were forced to ditch in the water. Only two of the pilots were rescued. USS Eugene E. Elmore (DE-686) pursued U-549 and sank her.

12 days after Block Island‘s sinking, USS Block Island (CVE-106) was launched. The new Commencement Bay-class escort carrier was renamed in honor of the lost ship. The prior Block Island and her crew earned two battle stars during their service. Although she was successful her anti-submarine role, she stands out as the only American carrier to be sunk in the Atlantic during the war.