How the Marine Corps made the M16 worse, according to Eugene Stoner

3 ways the Marine Corps made the M16 worse, according to its designer 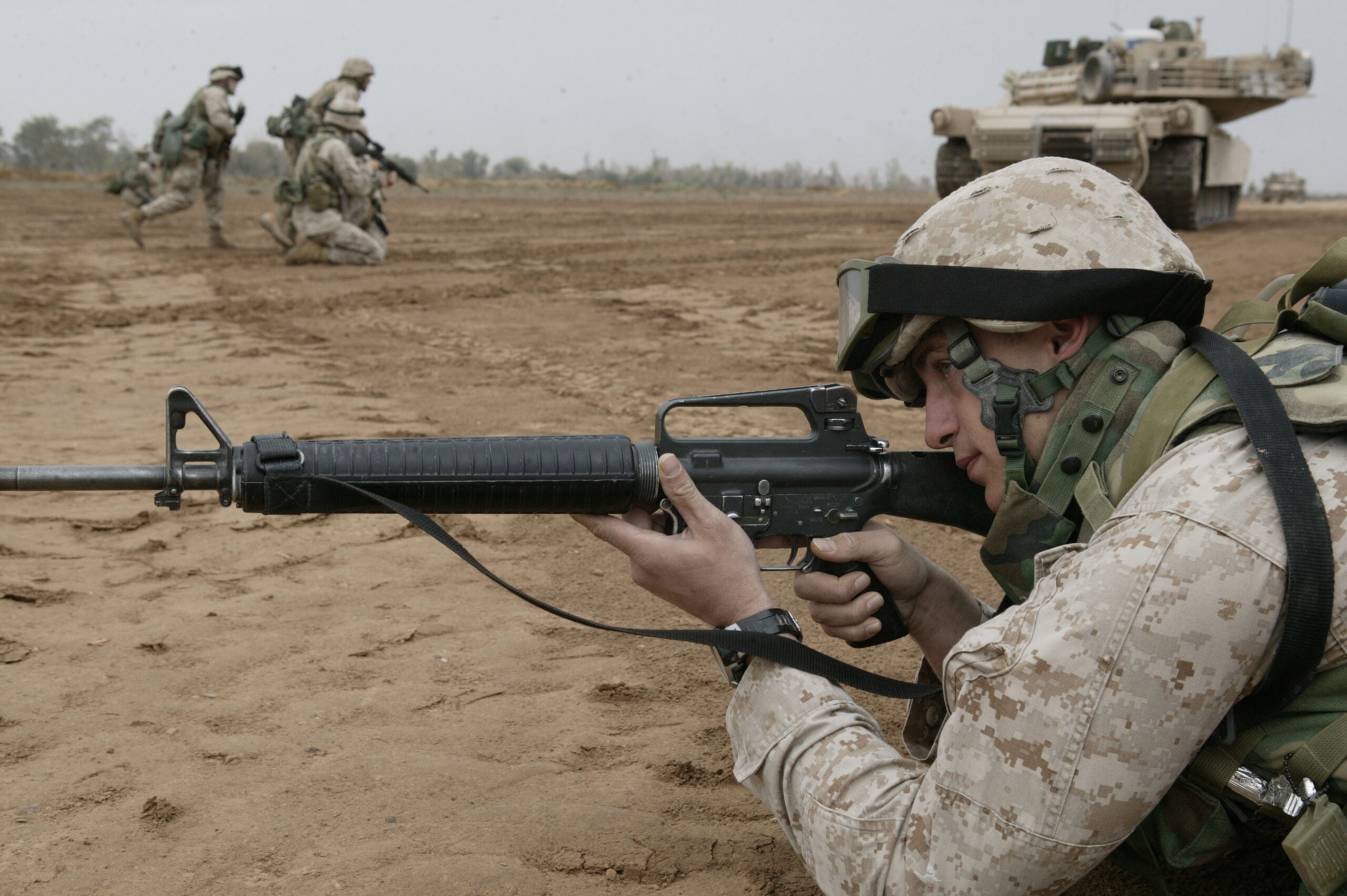 A Marine with Company I, 3rd Battalion, 5th Marine Regiment, sights in his M16A2.

The ArmaLite AR-15 and its military derivatives, the M16 rifle and M4 carbine, are some of the most influential small arms designs in modern history. Even the M16/M4 replacement, the XM5 rifle, borrows heavily from the ergonomics of the classic design. Firearms engineer and designer Eugene Stoner, one of the lead members of the team that developed the M16, strove to create a rifle that was lightweight, easy to handle, and optimized for combat. However, cost-cutting measures and cheap ammunition led to reliability problems that marred the reputation of the M16 and M16A1. When the Marine Corps made changes to create the M16A2 in the early 1980s, Stoner told Edward Ezell, “Personally I disagree with a lot of the ‘improvements.'”

Here are 3 ways the Marine Corps made the M16 worse according to designer Eugene Stoner:

When Stoner first designed the AR-15, he gave the rifle an adjustable rear sight elevation wheel. This was similar to the rear right on the previous M1 Garand and M14 service rifles and allowed the shooter to easily adjust the sights. However, when he presented the rifle to the Infantry Board at Fort Benning, Georgia, the combat veterans on the board took issue with the adjustable sight. “They absolutely didn’t want any type of quick-adjustable sights on any combat rifle,” Stoner recalled. The board noted that, in combat, nervous hands tend to fiddle and an adjustable sight would only give a soldier something to fiddle with. Doing so would change the zero of the rifle and make it ineffective in combat. It must be remembered that the draft was very much in place in the mid-20th century and the discipline of troops across the Army was not the same as the all-volunteer Army of today.

Although the Infantry Board wanted a fixed sight, Stoner talked them into a compromise of a sight that could be adjusted “with some difficulty” so that the rifle could be zeroed in garrison but not in combat. However, the Marine Corps and its focus on long-range marksmanship replaced Stoner’s combat sight with adjustable target sights for the M16A2. “The people in charge at the time were all team shooters or target shooters,” Stoner said, “and they decided this was an excellent opportunity to make the weapon more of a target rifle rather than a combat rifle.”

A key design principle in Stoner’s original AR-15/M16 was light weight. He used aircraft-grade aluminum and cutting-edge polymers while other designers were still making rifles out of steel and wood. Following this principle, Stoner gave his rifle a barrel with a lightweight profile. While this reduced its accuracy compared to a heavy-profile barrel, the original AR-15s, M16s and M16A1s were easy to carry and maneuver in combat. Moreover, their accuracy proved to be more than adequate in combat, especially when combined with their higher rate of fire compared to the AK-47/AKMs that they went up against. However, the target shooters in the Marine Corps didn’t like this.

Yet another modification to make the M16 into a target rifle, the M16A2 featured a barrel with added material at the front end near the muzzle. This was reportedly done to prevent the barrel from bending during airborne operations. Otherwise, the increased thickness at the front of the barrel offered no combat benefits since the barrel heats up at the chamber and behind the gas block. In reality, the new barrel profile added weight to the front of the rifle which made it better for target shooting since it reduced muzzle climb. “It’s just a pity to work so hard on the original design to make it light and then turn around and arbitrarily put weight on the weapon for no other reason than it feels better and shoots a little straighter on a rifle range, a competitive shoot,” Stoner said. “It has nothing to do with its combat effectiveness. In fact, it’s subtracting from it by making the weapon more heavy.”

When American troops first saw combat in Vietnam with their M14 rifles, they were outgunned by the higher fire rate of their enemy’s AK-style rifles. Fire superiority simply couldn’t be achieved with the larger 7.62x51mm cartridge. Stoner’s M16 design offered troops a higher fire rate with the smaller .223 Remington cartridge, later standardized as the 5.56x45mm. Although military leaders were concerned about troops wasting ammo by “spraying and praying,” the M16’s automatic-fire capability leveled the playing field. Stoner noted that the original 20-round magazines for the M16 also put troops at a disadvantage compared to the AK’s 30-round magazine. This eventually led to the adoption of a 30-round magazine by the U.S. military.

To restrict rate of fire and reduce ammo waste, the Marine Corps introduced a 3-round burst limiter with the M16A2. “The first time that troops come up in the field and they fire a 3-round burst and they enemy shoots [a] 30-round burst at them, they’re gonna feel like they’re completely outgunned, and we’re gonna go through the same routine again,” Stoner said. Moreover, Stoner and his team previously researched the viability of burst fire and found 3 rounds to be the worst choice. “We figured this out scientifically, that to get you just as far away from target as you’re ever gonna get is in three shots,” he noted, referencing the ability of a shooter to control recoil and pull the rifle back on target. “If you shot five, you’d be back on again.”

Like he did with the Army and its cost-cutting measures with the original M16, Stoner made his concerns known. In fact, he voiced them to the Commandant of the Marine Corps. “I told him what my thoughts were and he thanked me very much and said, ‘Well, I realize where you’re coming from, but on the other hand the Marines did all this and therefore they feel it’s more their baby. And even though some of these so-called improvements, you doubt, it might be better from a morale standpoint and all just to leave it alone,'” Stoner recalled.