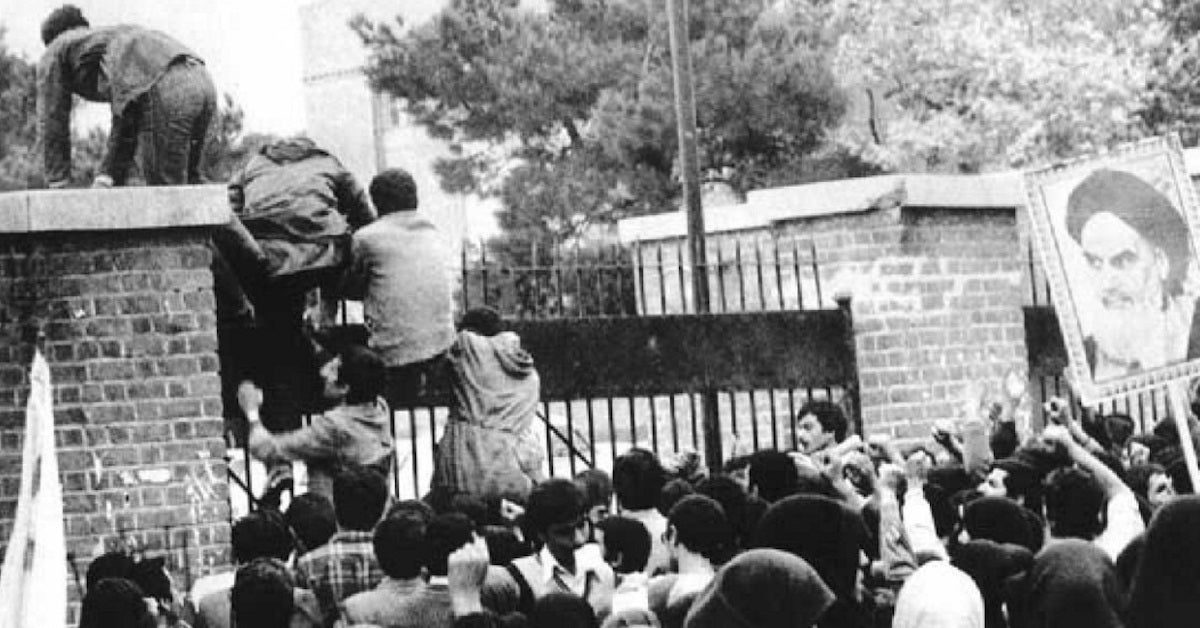 On Nov. 4, 1979, Iranian students stormed the U.S. embassy in Tehran, taking more than 60 American hostages during the Iranian hostage crisis.

During the Iranian Revolution, Mohammad Reza Shah, the last monarch of the Iranian monarchy, was overthrown and forced to flee the country. President Jimmy Carter allowed the pro-Western autocrat to come to the United States for cancer treatment.

A group of Iranian students then stormed the U.S. embassy and took hostages, protesting American involvement in Iran’s affairs.

After the student takeover, President Carter ordered an embargo of Iranian oil, which only made the ongoing energy crisis even worse. It caused an extreme spike in gas prices, which produced a ripple effect across the global automobile industry.

President Carter severed diplomatic relations with the new Iranian government and launched a failed rescue mission on April 1, 1980 — 149 days after the storming of the embassy. Known as Operation Eagle Claw, Colonel James Kyle, commanding officer at Desert One and planner for Eagle Claw called it “the most colossal episode of hope, despair, and tragedy I had experienced in nearly three decades of military service.”

One rescue Sea Stallion was abandoned on the ground due to a cracked rotor blade. The other six ran into an intense sandstorm known as a haboob – a windy mix of suspended sand and dust, moving at up to 60 mph. One of the remaining Sea Stallions had to return to base because of the storm while the rest took an extra 90 minutes getting to Desert One, one sustaining damage to its hydraulic system. Another Sea Stallion lost visibility and crashed into an EC-130 carrying troops and fuel, killing eight amongst both birds.

All five remaining helicopters were left on the ground in the subsequent evacuation (two of them are still in active service with the Iranian Navy). The bodies of all eight Airmen and Marines were found by the Iranians the next day.

Finally, Carter was forced to resume negotiations for the hostages’ safe return — but IIran refused. Finally the hostages were released moments after newly-elected president Ronald Reagan finished his inaugural address.

The men who died at Desert One:

Their remains were not recovered, but a memorial dedicated to their memory stands in Arlington National Cemetery.