Today in military history: American Flag is raised on Iwo Jima - We Are The Mighty 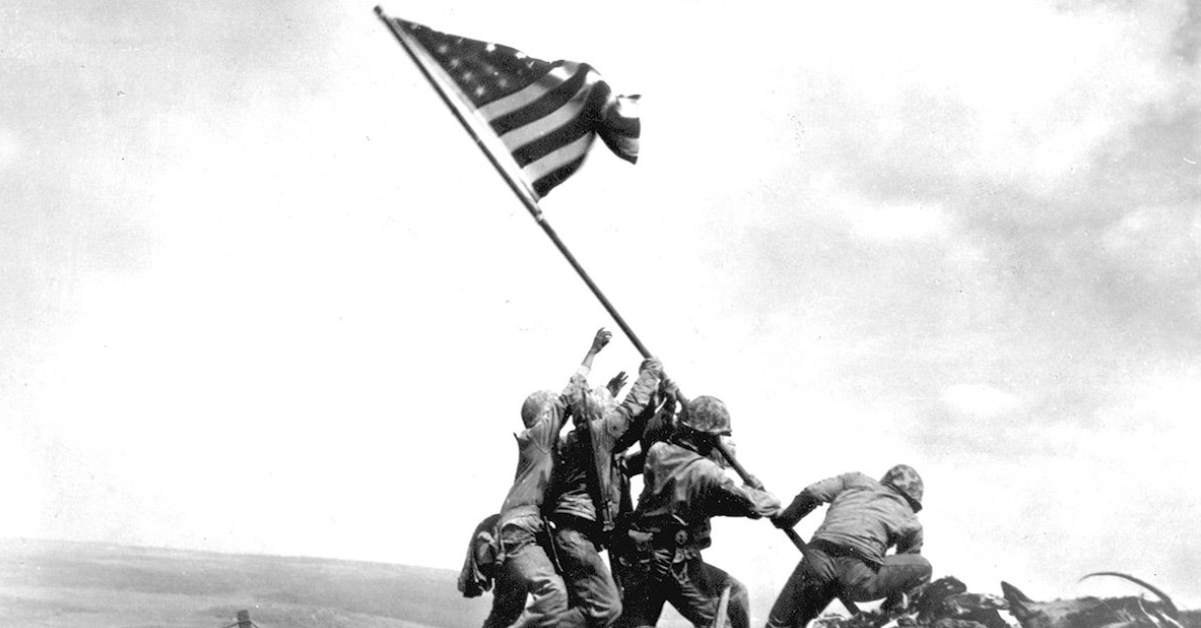 Today in military history, 1945, the American flag was raised on Iwo Jima after days of heavy fighting.

In the final stretch of World War II, the allies sought to gain control of strategic islands in the Pacific. Iwo Jima was to be a base for aircraft deployment and retreats. On Feb. 19, 1945, after three days of naval and aerial bombardments, the first wave of United States Marines stormed Iwo Jima’s volcanic shores.

Over 21,000 Japanese were there to greet them. Heavily entrenched in a complex network of underground tunnels and artillery positions, the Marines fought inch by inch to secure the island.

On Feb. 23, 3rd Platoon, E Company, 2nd Battalion, 28th Regiment of the 5th Division took the highest peak and raised the U.S. flag while Marine photographer Louis Lowery recorded the event. Hours later, the U.S. fortified their position and Marines raised a larger banner while Joe Rosenthal, a photographer with the Associated Press, captured it on film.

U.S. forces would continue to fight to secure Iwo Jima through the end of March. 6000 Americans were killed taking the island, with 17,000 more wounded.

The iconic photo by Joe Rosenthal, which showed Marines hoisting the flag on Mt. Suribachi, was the American people’s first view of the battle. It was taken on February 23, four days after the initial assault. The picture was released by the AP two days later, where it was published by virtually every newspaper in the free world. In an age, before social media, television, and satellite feeds, many assumed the battle was over based on the picture. It wasn’t.

As the battle raged on and the casualties mounted, Americans at home wondered why so many boys had to die for a small piece of rock.