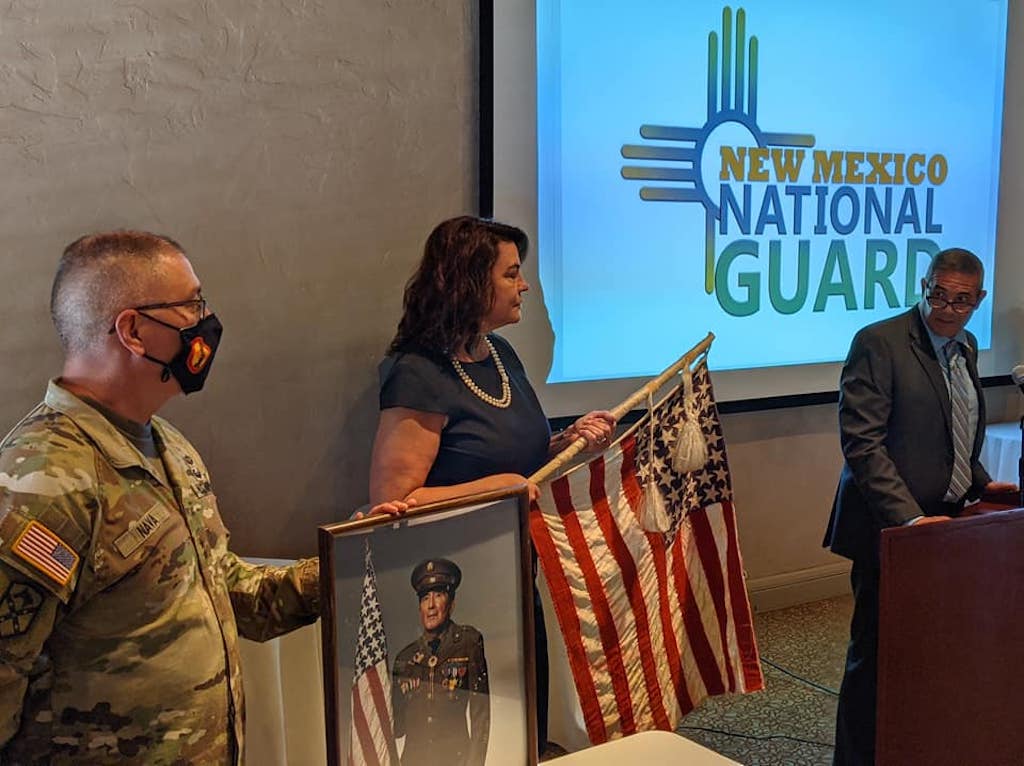 In the early days of the U.S. entry into World War II, U.S. Army Cpl. Joseph “Jose” O. Quintero was stationed on the Philippine Island of Corregidor with the 60th Coastal Artillery Regiment. Like many Army personnel stationed in the Philippines, he was captured and held as a prisoner of war when invading Japanese forces overran his position.

Unlike many of the POWs who were captured in the Philippines, Quintero survived the war. He spent his time in the Japanese prison camp constructively, creating an American flag from scraps of fabric he and his fellow inmates found around the camp. Today, that flag sits in the Smithsonian Institution’s National Museum of American History.

Quintero joined the Army National Guard and then entered active service before the United States was attacked at Pearl Harbor in 1941. When the Japanese attacked the Philippines on Dec. 8, Quintero was with his unit Company H of the Coastal Artillery. The Japanese assault was vicious and the Americans troops on Corregidor fought until they were out of food and ammunition.

He and his fellow soldiers were forced to walk to on the Bataan Death March, where they would be taken to Honshu Island’s Niigata Prison Camp to spend the remainder of the war – if they survived that long.

For three and a half years, the Americans languished in the Japanese POW camp. Food and water were scarce and the treatment was harsh. People all around Quintero were dying daily. Through sheer force of will, Quintero was determined he would not be one of them. He began working on a special project that would help see him through: the construction of the Stars and Stripes.

“I so dearly loved watching Old Glory reach for the sky,” authors  Ezequiel L. Ortiz and James A. McClure wrote in “Don Jose, An American Soldier’s Courage and Faith in Japanese Captivity.” “When our flagpole was destroyed on Bataan, I pledged to myself that I would someday wave the Stars and Stripes in the faces of the Japanese.”

From the camp guard’s red blankets, white bed sheets, and the Filipino’s blue denim work pants, Quintero’s project slowly came to life. Getting caught with these materials would mean a death sentence for him and the nine others in his work group. At night, he stored his project in a canvas as he slept.

He had no idea how the war was going until one day, American bombers flew over the camp. The pilots had no idea the camp housed American POWs. Quintero pulled the flag out of its canvas when the Japanese guards ran for cover and waved it to the Allied aircraft. They tipped their wings in response and flew on. The flag had saved the lives of the prisoners. It was April 1945.

The Niigata camp was liberated by American troops after the Japanese surrender. Quintero greeted them with his homespun flag. In September of that year, the surviving POWs, Quintero among them, were on a train to Yokohama and bound for home.

In his life after the war, Quintero became a physician’s assistant, doing the same kind of work he’d done in the prison camp. The flag would come out for patriotic holidays and events, along with his uniform. Eventually, Quintero began taking the flag with him to tell his story, and he was received in every state in the Union.

Joseph “Don Jose” Quintero died in 2000, at age 82. Since his death, the flag passed along from person to person for safekeeping. In 2022, it found its way to the Smithsonian Institution’s National Museum of American History, joining the Capt. William Driver’s original Old Glory and the U.S. Colored Troops flag, both dating back to the Civil War.