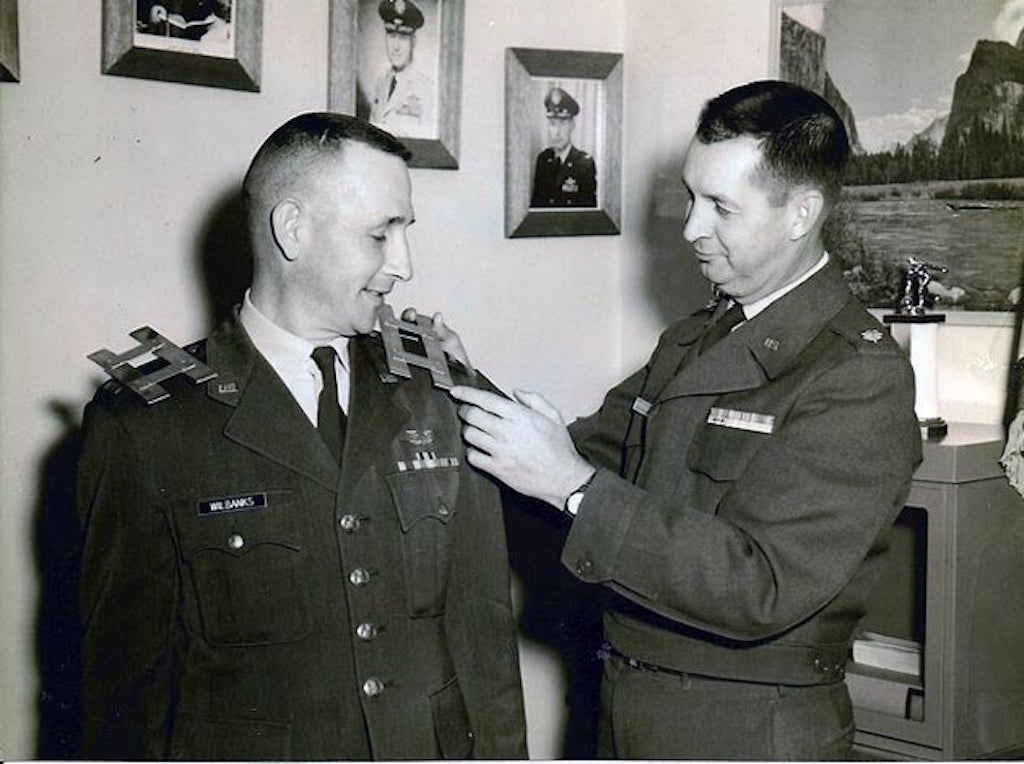 The Medal of Honor is America’s highest military award for valor. The citations often include overwhelming odds, ingenuity, dedication to their comrades, and disregard for personal safety. Air Force Captain Hilliard A. Wilbanks‘ Medal of Honor citation featured all of these.

A native of Cornelia, Georgia, Wilbanks joined the Air Force in 1950 as an air policeman, the precursor to the service’s Security Forces. He served in this role with the Strategic Air Command for four years before he was accepted into the aviation cadet program to become a pilot. Wilbanks commissioned as an officer in June 1955. He qualified as a fighter pilot and served as an instructor through the early 1960s.

In April 1966, Airman Wilbanks went to Vietnam as a forward air controller with the 21st Tactical Air Support Squadron. Flying an unarmed Cessna O-1E Bird Dog, with a top speed of barely over 100 mph, Wilbanks served as a link between close air support aircraft and ground troops. FACs marked targets with smoke for CAS aircraft to hit and directed them as the troops on the ground needed. The job was extremely hazardous as the low and slow Bird Dog was regularly exposed to enemy fire. During his tour in Vietnam, Wilbanks flew 487 combat missions and earned 17 Air Medals and the Distinguished Flying Cross.

On February 24, 1967, just two months from the end of his tour, Airman Wilbanks flew a reconnaissance mission in support of an Army of the Republic of Vietnam Ranger Battalion near Dalat, South Vietnam. Flying ahead of his Vietnamese allies, Wilbanks spotted enemy forces waiting to ambush the Rangers. He radioed for air support and warned the Rangers of the trap.

With their ambush foiled, the Viet Cong element opened fire on Wilbanks’ Bird Dog and advanced on the Rangers who were exposed in a tea plantation. Mortar rounds fell on the Rangers and rifle and machine gun fire ripped through the sky. Wilbanks marked the enemy positions with white phosphorous rockets, but realized that friendly air support wouldn’t arrive in time to save the Rangers on the ground.

Flying his light, unarmed reconnaissance plane, Airman Wilbanks grabbed his M16 and assumed the close air support role himself. “Flying through a hail of withering fire at treetop level, Capt. Wilbanks passed directly over the advancing enemy and inflicted many casualties by firing his rifle out of the side window of his aircraft,” his Medal of Honor citation reads. “Despite increasingly intense antiaircraft fire, Capt. Wilbanks continued to completely disregard his own safety and made repeated low passes over the enemy to divert their fire away from the rangers.”

Wilbanks’ daring display of airmanship was effective and provided the Rangers with the reprieve they needed to withdraw to safety. On his final attack run to cover the withdrawal, Wilbanks was severely wounded by enemy fire. His bullet-riddled Bird Dog crashed between the Viet Cong and the Rangers. One Ranger recovered the unconscious Wilbanks from the wreckage of his aircraft while F-4 Phantoms, called in by Wilbanks, strafed the Viet Cong forces. A helicopter evacuated Wilbanks who, unfortunately, succumbed to his wounds en route to the hospital.

Airman Wilbanks’ actions on February 24, 1967 saved the lives of his allies and demonstrated the highest levels of bravery and dedication on the battlefield. He left behind four children and a widow who accepted his Medal of Honor from Secretary of the Air Force Harold Brown at the Pentagon on January 24, 1968.