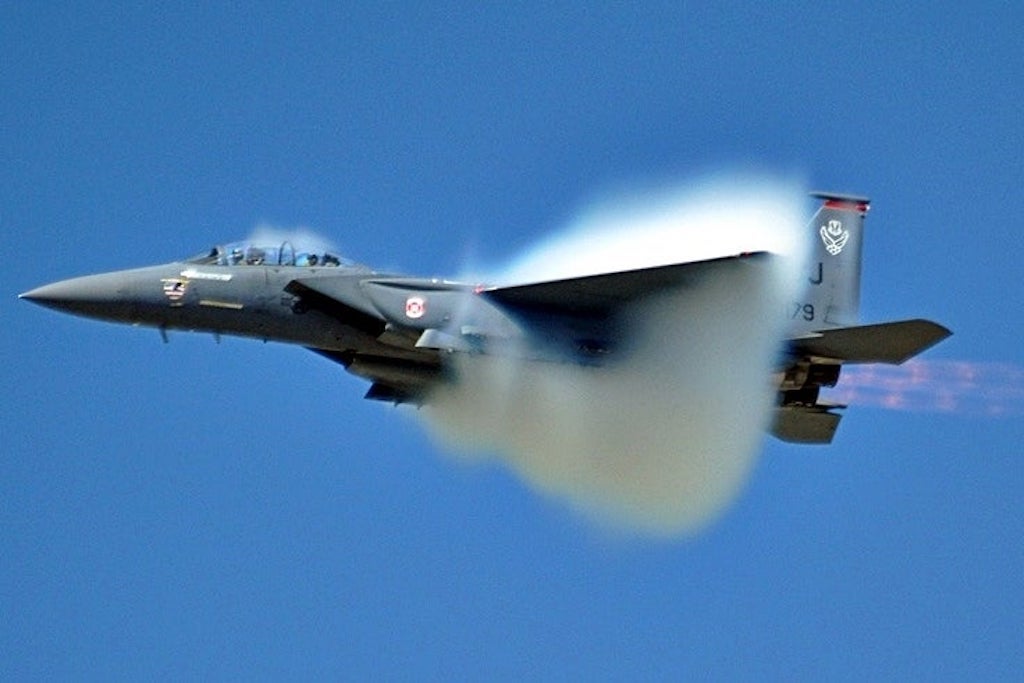 For people living near military airfields, the constant drone of jets and helicopters overhead often becomes a sort of white noise. Although the sounds are distinctive, people can grow accustomed to and stop noticing them over time. However, military aircraft are generally restricted from exceeding the speed of sound near densely populated areas to avoid subjecting civilians to sonic booms. In fact, the cacophonous energy wave has even been used to scare of enemies on the battlefield. So, why did the Air Force subject the people of Oklahoma City to 1,253 sonic booms in just six months?

Following Chuck Yeager’s breaking of the sound barrier in 1947, the jet age evolved into the supersonic age. Military aircraft could fly faster than the speed of sound and the race was on to build a commercial aircraft with the same capability. However, America’s supersonic transport development had to take into account the possible effects of constant sonic booms over metropolitan areas from transcontinental supersonic flights.

Organized by the Federal Aviation Administration and supported by the US Air Force, Operation Bongo II sought to measure the effects of sonic booms on urban structures and public attitude as well as develop standards for boom predictions and insurance data. Oklahoma City was chosen as the test subject for the experiment. The city had an economic dependency on the nearby Mike Monroney Aeronautical Center and Tinker Air Force Base, and was thought to be more tolerant of such an experiment. In fact, the Chamber of Commerce threw a celebratory dinner when the city was selected.

Operation Bongo II began on February 3, 1964 with the first sonic boom performed at 7am. Seven additional booms were performed throughout the morning and ended in the afternoon. The eight daily booms were performed F-101 Voodoos, F-104 Starfighters, F-106 Delta Darts, and B-58 Hustlers. For the first 12 weeks, the booms were limited to 1-1.5 pound-force per square foot. However, they were increased to 1.5-2 psf in the subsequent 14 weeks. This range was equivalent to what was expected from the future SST.

Initially, the people of Oklahoma City took the noise well. In fact, a camera crew hired by the FAA to record reactions in the city reported that construction workers used the scheduled booms to signal their lunch break. However, within the first 14 weeks, the city’s two largest buildings reported 147 broken windows from the blasts. Civic groups sought legal action to stop the tests but were blocked by local politicians and a district court judge. On May 13, a restraining order temporarily brought a halt to the daily tests until it was overturned.

Eventually, the story made national news and the FAA came under fire for the experiment. Pressure at the local, state, and federal levels brought Operation Bongo II to an early end on July 30. The measurement of public opinion on the tests was conducted by the University of Chicago’s National Opinion Research Center and the report was released the next year in February 1965. Despite the early conclusion of the test, the NORC reported that 73% of subjects in the study said that they could live indefinitely with eight daily sonic booms. However, 25% of subjects said that they could not. Moreover, 3% of the population telephoned, wrote protest letters, or sued over Bongo II. Interestingly, no Oklahoma City surgeons or hospitals filed any complaints.

In total, Operation Bongo II resulted in 9,594 complaints of building damage and 4,629 formal damage claims. These were primarily for broken glass and cracked plaster. 94% of the claims filed were rejected by the FAA which led to increased frustration with the experiment. A 73% positive response response was not enough from a city thought to be sympathetic to sonic booms and the tests were considered a failure. Operation Bongo II was a contributing factor in America’s ultimate withdrawal from the SST race.