Songs from the U.S. Army Band to get you into the Christmas spirit 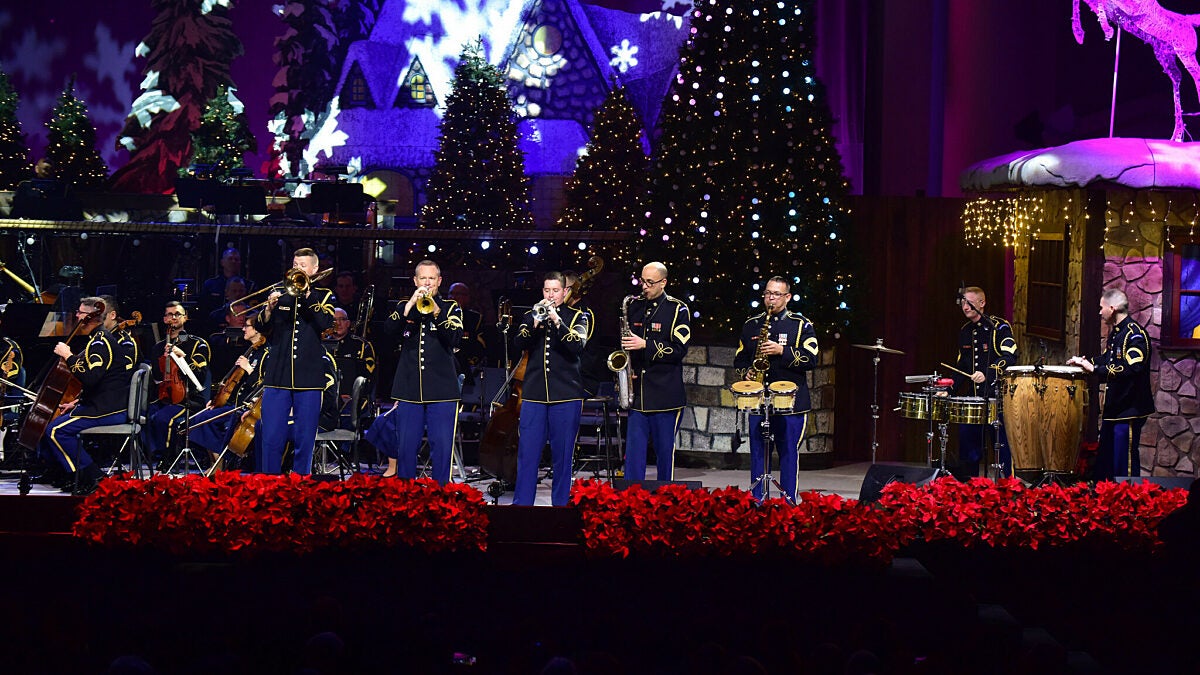 Music is a big part of the holiday season. Unfortunately, hearing “All I Want for Christmas Is You” for the thousandth time can sour the joy that such music is meant to bring. Luckily, the United States Army Band “Pershing’s Own” has shared plenty of holiday performances that can change the hearts of the stingiest Scrooge and grumpiest Grinch.

Here are seven songs from the U.S. Army Band in recent years to check out.

1. Have Yourself a Merry Little Christmas

The title says it all. Drop the stress of shopping and gift-wrapping and give this 2014 performance a listen. The gentle vocals and musical accompaniment of this well-wishing Christmas classic are a perfect introduction to this holiday lineup by the U.S. Army Band.

In stark contrast to the previous performance, this song from the 2015 American Holiday Festival is not a celebration of the Christmas season. Rather, this cover of the famous Dr. Seuss song describes one of the biggest haters of Christmas…until his heart grew three sizes anyway. Original vocalist Thurl Ravenscroft would surely applaud Staff Sgt. Adam Strube’s cover of this famous song.

3. Where Are You, Christmas?

Jumping to 2016 and another Grinch film song, this cover of Faith Hill’s song featured in the 2000 live-action movie is made even more special by the vocalists. Miss Abigail Henson, whose father was a member of “Pershing’s Own,” accompanied the U.S. Army Orchestra and Staff Sgt. Pamela Terry in this performance.

Put on your dancing shoes because this is no ordinary cover of “The Christmas Song.” During the 2017 American Holiday Festival, the U.S. Army Blues Latin Jazz Ensemble spiced up the classic tune with a fun flare that’s sure to “put a little pep in your step,” as the band described.

The cold weather that comes with the Christmas season can be a bit of a downer, especially if you have to dig yourself out of deep snow. Luckily, the 2018 American Holiday Festival featured a rendition of the Pentatonix arrangement of Winter Wonderland/Don’t Worry Be Happy by the Army Voices to bring cheer and positivity to the season.

There are a lot of Christmas songs and, although the U.S. Army Band has performed many of them over the years, sometimes a well-arranged medley is needed to squeeze more of them into their annual holiday performance. The 2019 American Holiday Festival featured this medley consisting of “It’s Beginning to Look a Lot Like Christmas,” “It’s the Most Wonderful Time of the Year” and “My Favorite Things.”

2020 wasn’t going to stop the U.S. Army Band’s annual holiday concert. The Army Voices kicked the show off with this cover of the Backstreet Boys’ 2012 Christmas hit. Social distancing didn’t keep these soldiers from putting on a performance that’s sure to help remedy the bluest of winter blues.