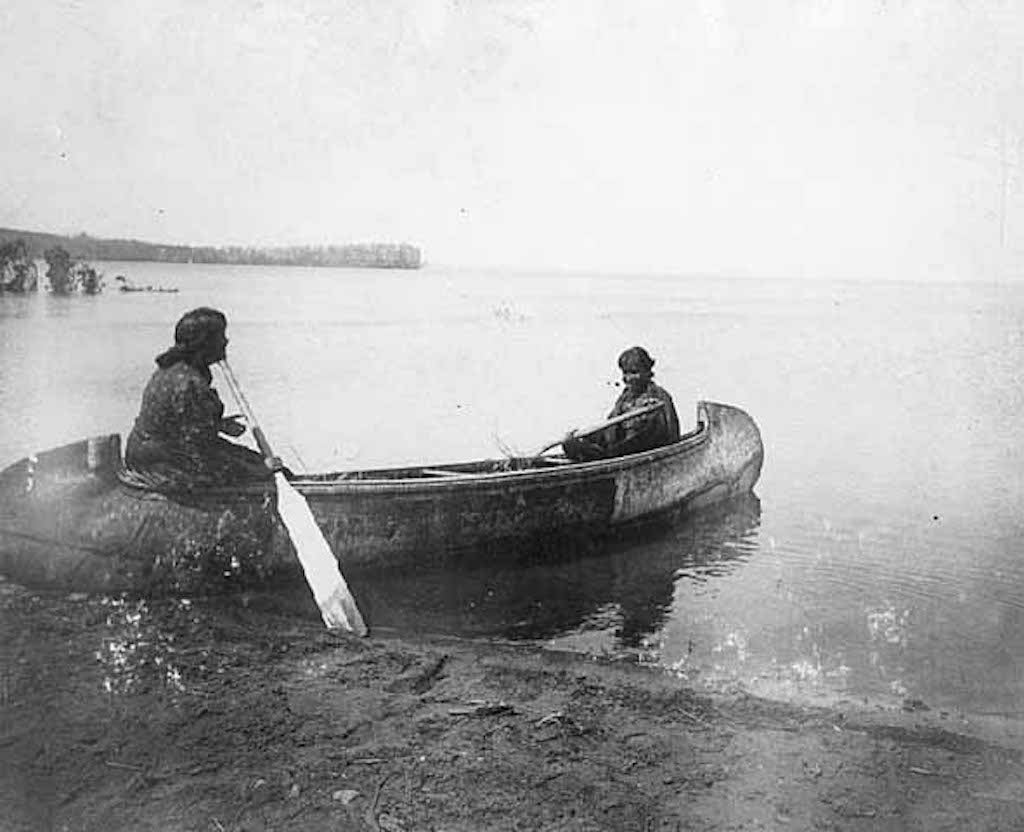 Ojibways in a canoe on Leech Lake, 1896 as part of the Battle of Sugar Point during the Indian Wars.

Pvt. Oscar Burkard was a U.S. Army hospital steward stationed in Minnesota in 1898. The United States had just been victorious in the recent Spanish-American War, and the American Frontier had officially closed, so there was little attention paid to the problems with American Indian tribes. The American Indian Wars were very nearly a thing of the past.

When the shooting started between the U.S. Army and members of the Chippewa tribe at Leech Lake Reservation, Pvt. Burkard would rise to the occasion, rescuing his fellow soldiers under fire. For his courage and commitment, he would receive the Medal of Honor, the last to be awarded for the American Indian Wars.

Burkard was born in Germany in 1877, but came to the United States in 1895. After three years of living in his new country, he decided to join the U.S. Army during the height of the Spanish-American War. Stationed with the 3rd Infantry, he wouldn’t see any action in Cuba or elsewhere against the Spanish, but the United States had plenty of problems for its soldiers to address.

No one really thought much about attacks from American Indians much by then. The U.S. Census Bureau had officially announced the American Frontier, meaning there were no longer large tracts of land in the west that didn’t have settlers on them. For many, this meant that the natives were no longer a threat to settlers or people moving westward.

Many of the native tribes inside the United States, however, were far from happy with the situation. On the Leech Lake Reservation in Cass County, Minnesota, Chippewa tribesmen were growing increasingly frustrated with the Bureau of Indian Affairs’ heavy-handedness in dealing with the tribe.

Tribesmen were subject to frequent arrests and harassment from Indian Service officials. Most often, they were arrested for petty crimes, which included drinking alcohol on the reservation, which was illegal under federal law. When apprehended, the tribesmen were sent to federal courts far away from the reservation for trial.

To make matters worse, American timber companies were violating the sovereignty of the reservation lands by harvesting timber. When forced to restitution for the logging, the companies underpaid the Chippewa and rarely paid on time, if at all.

One of the members of the Pillager band of Chippewas, Bugonaygeshig, was known for actively protesting the actions of the timber companies. He and another protesting Pillager were on their way to a Chippewa village on Sept. 15, 1898 when they were detained by a U.S. Marshal and a U.S. Indian Agent. They were going to be taken to Duluth, Minnesota to testify against accused bootleggers on Indian land. Before they could be led away, locals attack the officials, allowing the two men to escape to nearby Sugar Point.

The agents called on troops from the U.S. Army’s Fort Snelling to assist. The Army dispatched 77 troops to calm the uprising before it got out of hand. The soldiers arrested those who had attacked the agents, but the two men were nowhere to be found. Then the shooting started.

No one knows exactly how it started, but after the first crack of a rifle, the soldiers in the village began returning fire to Chippewas hiding in the woods. The Army detachment formed a skirmish line around Bugonaygeshig’s cabin but, one after another, began falling to the Indian gunfire. Pvt. Oscar Burkard, the hospital steward on the scene began rescuing his fallen comrades and pulling them to safety.

The Battle of Sugar Point began at 11:30 in the morning and raged on through the night as the two sides exchanged fire. Pvt. Burkard diligently worked to pull fallen soldiers out of harm’s way during the entire engagement. Six soldiers were killed and ten were wounded. Fearing a mass uprising, the National Guard mobilized, but the Chippewa disbursed and went home.

Pvt. Oscar Burkard was awarded the Medal of Honor for his actions throughout the day, and the Battle of Sugar Point was the last Indian Uprising in the United States.